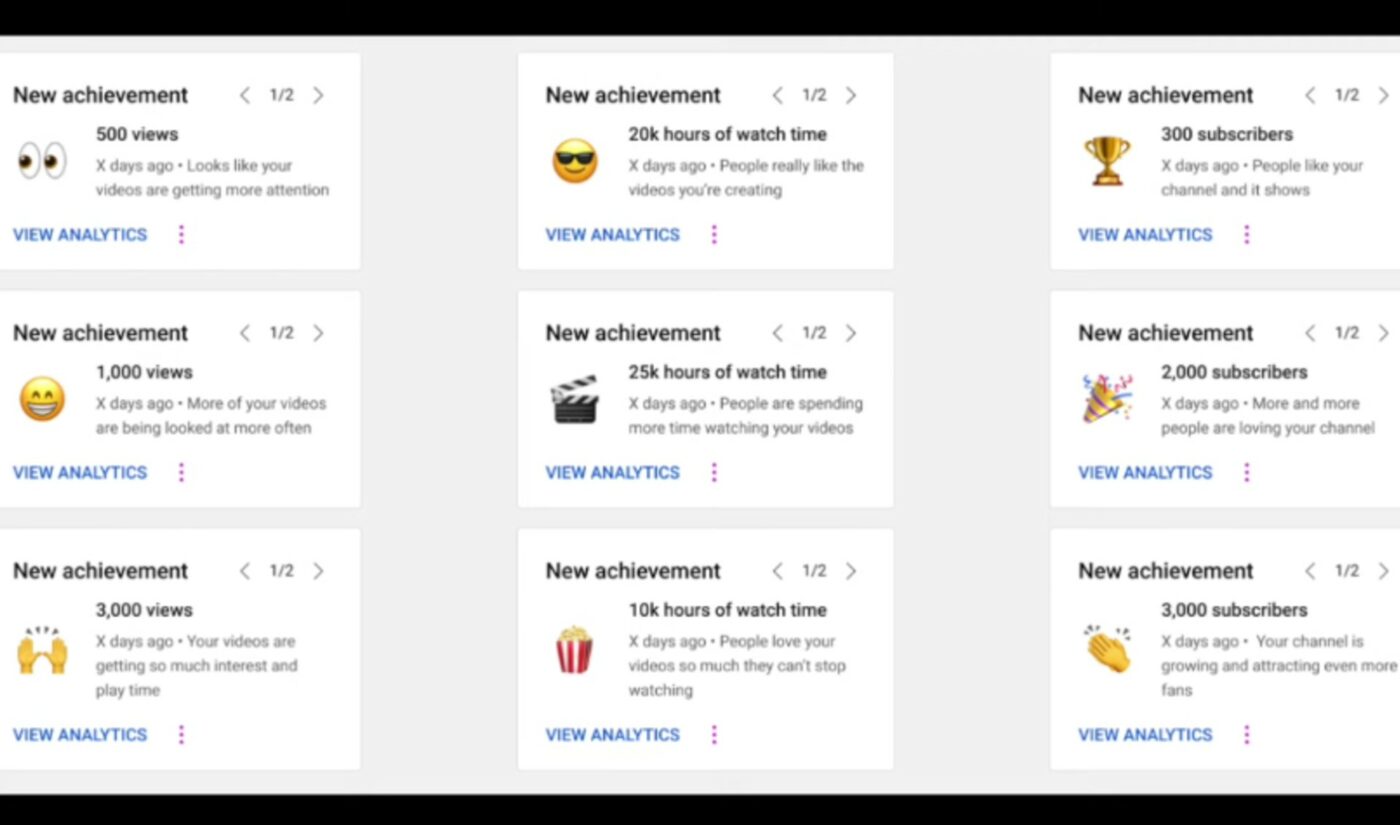 Achievement Cards will be displayed when channels surpass various milestones, the company explained in its Creator Insider video series, as spotted by Social Media Today. As a subtle celebratory feature, the Cards comprise emoji and will reward viewers for three different kinds of accomplishments: views, watch-time, and subscribers.

A smiling emoji serves to denote 1,000 views, per YouTube, while a clapperboard signifies 25,000 hours of watch time and a trophy equates to 300 subscribers.

In the same video, YouTube also touched on its Timed Comments experiment, which it rolled out in beta in April, and which allow users to view comments that are timed to specific moments in a video. In Creator Insider, YouTube said the goal of timed comments is to provide better context, and to show moments where the best conversations are occurring within videos. Timed comments are now widely available on Android and iOS.