Insights: Supreme Court Does For College Athlete-Influencers What The NCAA Would Never Do 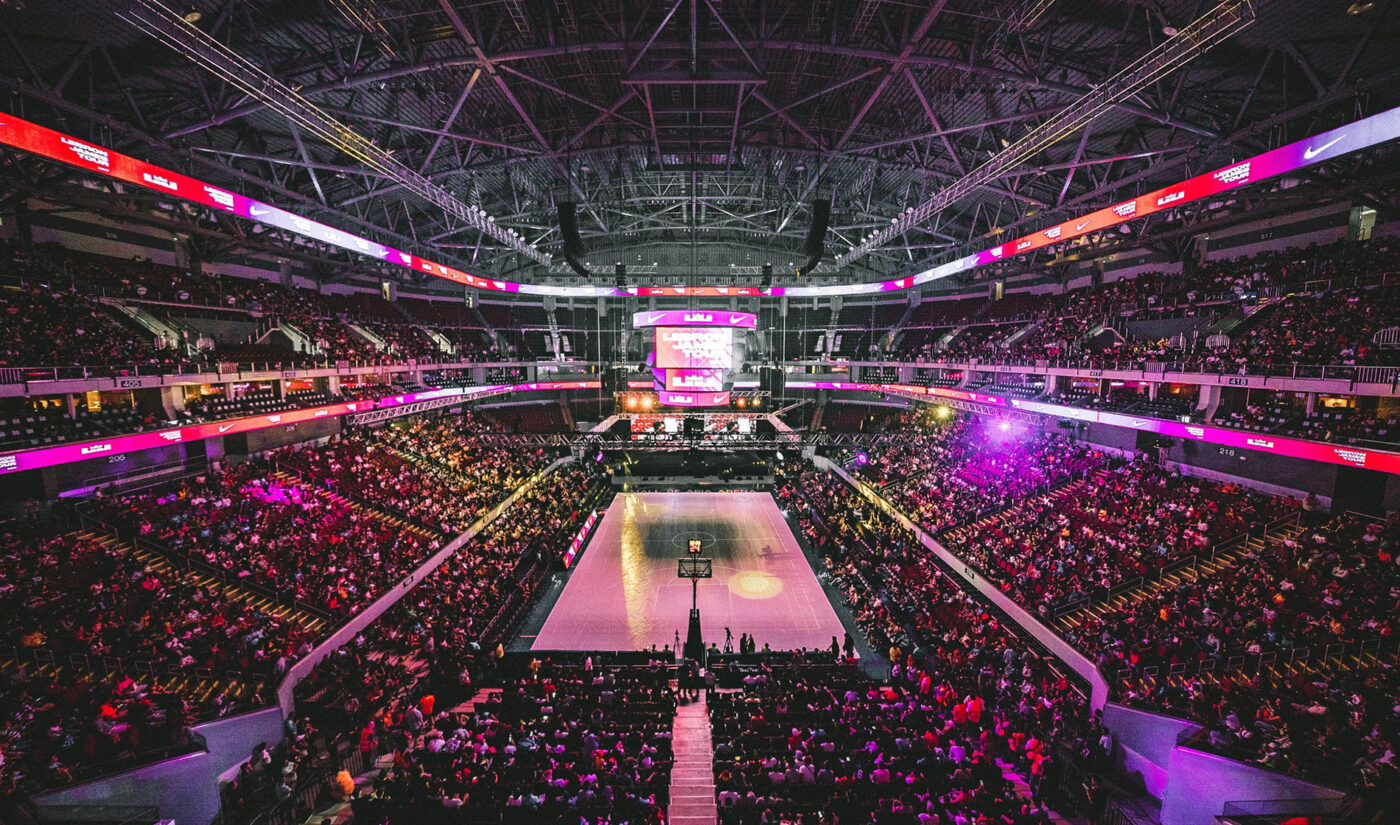 If one wanted a blunt example of how out of step is the NCAA, the arbiter of pretty much everything allowed in major college sports, just look at a U.S. Supreme Court decision released Monday.

The 9-0 judgment roundly dismissed the NCAA’s position that it could stomp all over the Sherman Antitrust Act in trying to limit what educational benefits student athletes can get from the college where they play. The decision is narrowly focused on the question of whether schools can provide benefits such as internships, graduate scholarships, or research equipment to athletes.

But it’s yet another shot across the bow of Big Sports, which makes billions of dollars for coaches and administrators while leaving many “student athletes” with broken bodies and an inadequate education. Not incidentally, the decision may finally spur action on the much bigger issue of letting college athletes do endorsements, make money from social media, and sell merchandise, just like seemingly every other 19-year-old.

The decision is harsh in its language toward the NCAA, which the court said argues that “we should overlook its restrictions because they happen to fall at the intersection of higher education, sports, and money,” U.S. Supreme Court Justice Neil Gorsuch wrote in the majority opinion, but, “we cannot agree.”

Justice Brett Kavanaugh, in a strongly worded concurring opinion, was even more disdainful of the NCAA’s clueless and imperious approach: “The NCAA’s business model would be flatly illegal in almost any other industry in America. Price-fixing labor is price-fixing labor.” Ouch.

Both Kavanaugh and Gorsuch are conservatives who tend to accord wide discretion to business interests, not a great sign for the NCAA going forward. Even worse, the court’s newest member, Amy Coney Barrett, joined in. Before joining the court last year, Barrett was a law professor at perennial sports power Notre Dame.

Kavanaugh’s opinion, though only his, baldly invites more antitrust cases against the NCAA, on issues like whether it can continue conspiring to keep athletes from making money off what’s called their Name, Image and Likeness (NIL).

No surprise that the NCAA dismissed Kavanaugh’s words as, literally, one man’s opinion, but the organization’s champions shouldn’t fool themselves. The NCAA has dragged its heels for decades on allowing NIL and most other benefits to flow to the athletes who create billions of dollars of value, while continuing to stonewall on whether they can make money from just about any source.

Meanwhile, NIL statutes take effect next week in half a dozen southern and southwestern states from New Mexico to Florida, with 13 more taking effect in coming months, according to Sports Illustrated. Four other such state laws are awaiting a governor’s signature, and 17 other states have introduced legislation. States that haven’t yet taken up the matter include such athletics power centers as Alaska, Delaware, the Dakotas, and Maine.

Those state laws will create an imbalance, making schools in those states more attractive to athletes. UCLA men’s basketball coach Mick Cronin, fresh off taking his team to the Final Four, worried this week that his and other California schools’ teams will be disadvantaged in recruiting because the state’s NIL law doesn’t take effect until 2023. He’s right to be concerned.

Meanwhile, the NCAA’s Division 1 Council continues to deadlock over any national NIL policy. One proposal has been sitting in front of the council for months, and a competing “minimalist” plan just surfaced from five of the 10 conferences in the NCAA’s top division.

No help from Congress yet

A group of U.S. legislators are considering national regulations to resolve the issue, but they haven’t put forth a plan yet either. With the clock ticking, it’s likely nothing gets done soon, creating chaos in the ways influencer-athletes try to make a living while pursuing their dream at the school of their choice.

The court decision could impact not just sports, but influencer marketing, an entire class of potentially powerful influencers, and countless brands that spend billions of dollars on the sector, not to mention those fat-cat administrators and coaches.

Very little of the billions generated by college sports trickles down to college athletes. But a better policy on NIL that acknowledges the social-media realities of now would be a great help. This week’s court decision pushes us a step closer to treating college athletes like the adults they are, with the brands they’re busy becoming possibly finally under their control.

The fights over NIL goes back to at least the 1990s. Ed O’Bannon, the college Player of the Year when he led UCLA’s basketball team to the 1995 national championship, wanted to get paid when EA used his face and likeness in its popular video game about college basketball.

O’Bannon eventually became lead plaintiff in a landmark suit against the NCAA, though even after O’Bannon’s side won, the association continued to delay and drag out its response.

In the years since, the issues have only gotten more complicated, particularly with the rise of the athlete-influencer building a presence on social media. Even high school stars, particularly in the “revenue sports” of basketball and football, can build big followings.

For example, look at the son of four-time NBA MVP LeBron James. Bronny James is 16 and still at Sierra Canyon High School in Los Angeles, where he’s been part of a celebrated team that also featured two five-star recruits and the son of Dwyane Wade, another NBA Hall of Famer. ESPN televised 15 of the team’s games in the 2019-2020 season.

Of course, Bronny James has some unusual opportunities beyond even those afforded the typical five-star prospect, with a father who’s one of the two or three greatest basketball players ever, star of  Warner Bros.‘ remake of the movie Space Jam, owner of his own production company, and possessor of a Twitter account (@KingJames) with nearly 50 million followers.

Bronny’s not at that level, yet, but posts about him are already everywhere, and have been since videos of his on-court exploits in middle school started circulating. On Instagram alone, hashtag variants of his name turn up about 145,000 hits. And his account there (@bronnyjamesig) has 48,000 followers.

If he decides to go to college after high school (not a given, for several reasons), Bronny would be a hot commodity, with an even bigger following and lots of brand interest. But current rules would prevent him from making money while playing at that level, one of many reasons why he might pursue a different path to a possible pro career.

Building online stars in other sports

These days, women’s basketball is breaking through (just look at the attention heaped on Oregon‘s Sabrina Ionescu and UConn‘s Paige Bueckers), and women’s soccer, too. Simone Biles may be a unique superstar, but other top competitors in women’s gymnastics could build a significant online presence other than just four weeks every four years around the Olympics.

The opportunities might be even bigger for esports athletes, who are increasingly common on college campuses. The entire career arc of esports players routinely segues from competitive gaming to online personality. Changing NCAA rules so those esports athletes can begin that transition while still in school arguably comes under both the NIL provisions and the “educational” benefits mentioned in the Supreme Court case.

Regardless, it’s way past time to forge, or force, a new approach in how we treat college athletes, especially as online influencers.

They’re not cattle, or chattel. They’re not just physical specimens, moved on and off a chess board as their eligibility, health and coaches change. They’re humans, with increasingly formidable personal brands, building a presence for themselves online that can serve them for years to come, in whatever career path they take, on or off the playing fields. And it’s time the NCAA join the modern world before the Supreme Court and Congress forces them to.