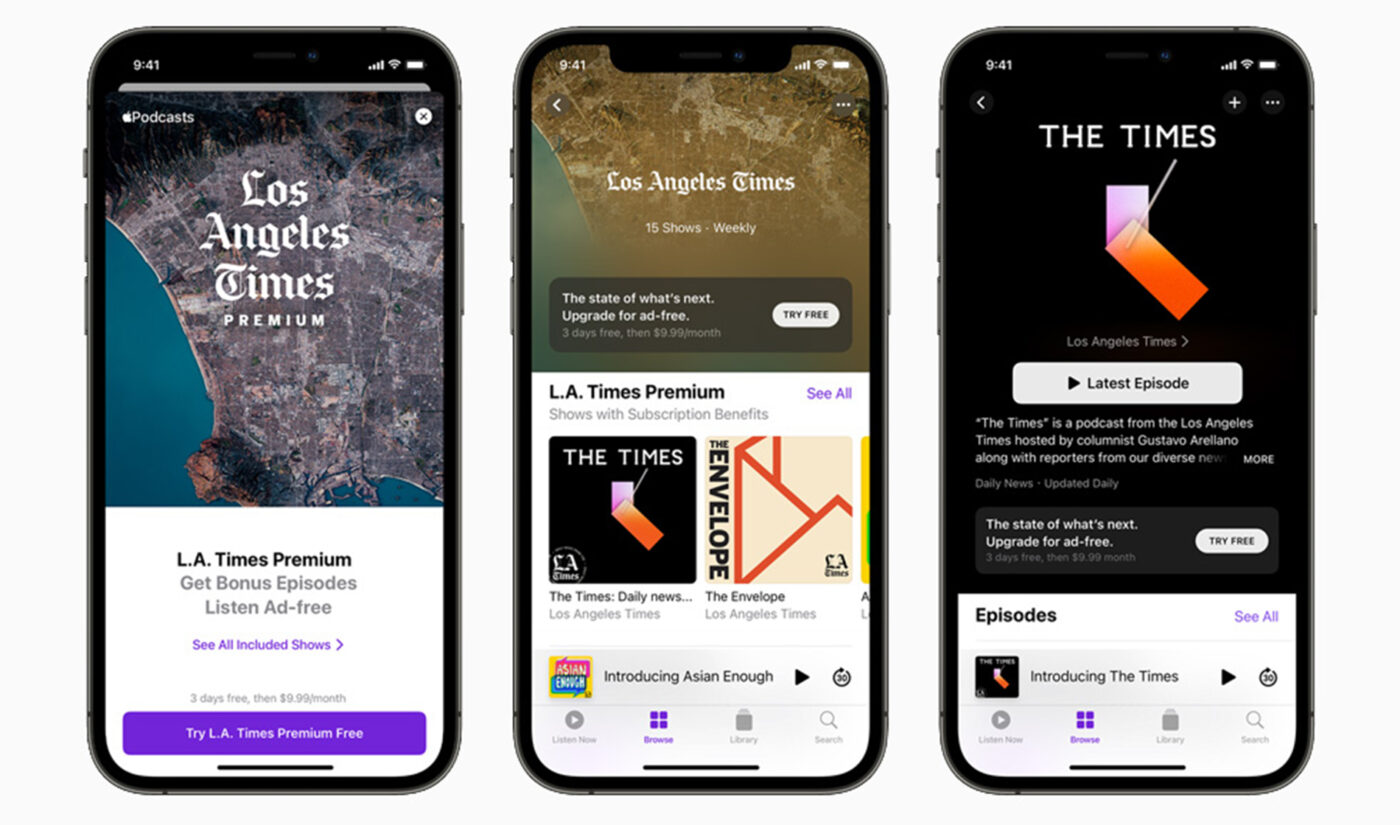 Apple is officially in the podcast subscription game.

Weeks after major competitor Spotify launched a podcast subscription service (which will give creators 100% of revenue from subscription fees through 2023), Apple has dropped its own version.

Through Apple’s service, people can pay to subscribe to individual shows and/or to “channels,” which are themed collections of content that “span many genres and formats, including news, comedy, sports, and true crime,” Apple says.

Examples of channels include an “essential independent voices” channel with shows like Birthful with Adriana Lozada, Pantsuit Politics with Beth Silvers and Sarah Stewart Holland, Snap Judgment with Glynn Washington, and You Had Me At Black with Martina Abrams Ilunga; a channel with content from major studios like Lemonada Media, Luminary, Realm, and Wondery; and a channel wth content from outlets like CNN, NPR, and The Washington Post.

Subscriptions (which appear to vary in price from show to show and channel to channel) can give payees access to a range of perks such as ad-free listening and exclusive or behind-the-scenes content. Users pay for subscriptions directly in the Apple Podcasts app, and unlocked content is stored within the app.

Oliver Schusser, VP of Apple Music and Beats, said in a statement that the tech company is launching subscriptions because users “can’t get enough of their favorite podcasts and want a simple way to support the extraordinary creators who make them possible.”

He added, “Apple Podcasts Subscriptions will help creators grow their businesses and continue to make podcasting an important source of information, entertainment, connection, and inspiration for hundreds of millions of listeners around the world.”

It is not clear what cut of subscription revenue Apple takes from podcast makers.