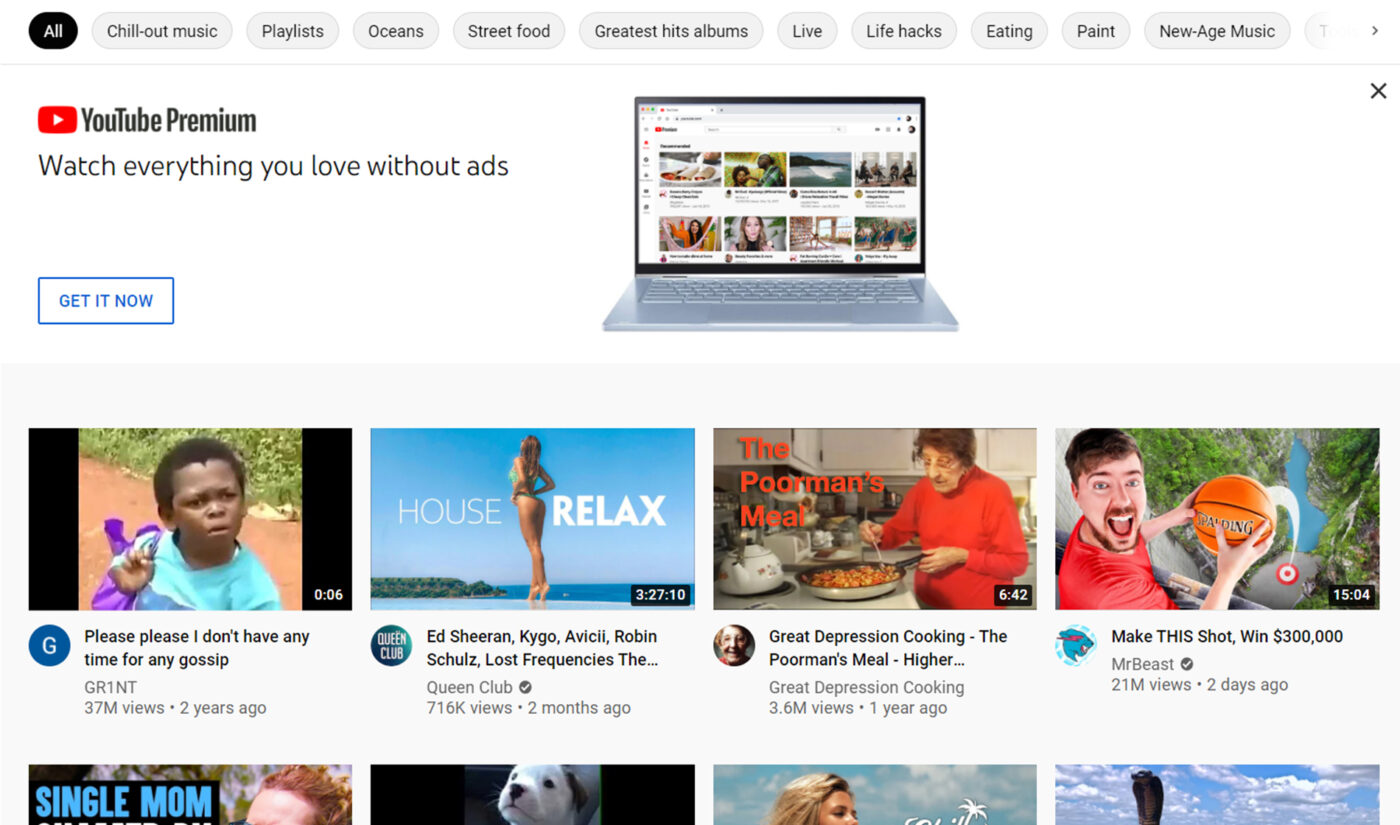 YouTube will no longer run political ads in its homepage masthead slot.

According to a report from Axios, the platform has also barred ads for gambling, alcohol, and prescription drug sales from running in its most prominent and expensive marketing location.

“We believe this update will build on changes we made last year to the masthead reservation process and will lead to a better experience for users,” a company spokesperson told the outlet.

The changes YouTube is referring to shifted masthead sales from a time-based reservation, where marketers could buy blocks of hours or days, to a per-impression system, where marketers pay a set amount per view their ad gets, and once their budget is up, their ad is no longer on the masthead.

YouTube confirmed it would make this change in November 2020, after facing backlash when Donald Trump’s presidential campaign bought out the masthead ad for 24 hours on Election Day.

At the time, YouTube said that its ad sales are nonpartisan, and noted that numerous campaigns, PACs, and other political groups had bought the masthead previously.

“All advertisers follow the same process and are welcome to purchase the masthead space so long as their ads comply with our policies,” the company said.

Those policies now have no room for ads that endorse a particular candidate for any political office. However, ads that do not support a specific candidate but are still generally political, like issue ads, will be considered for the masthead on a case-by-case basis, Axios reports.