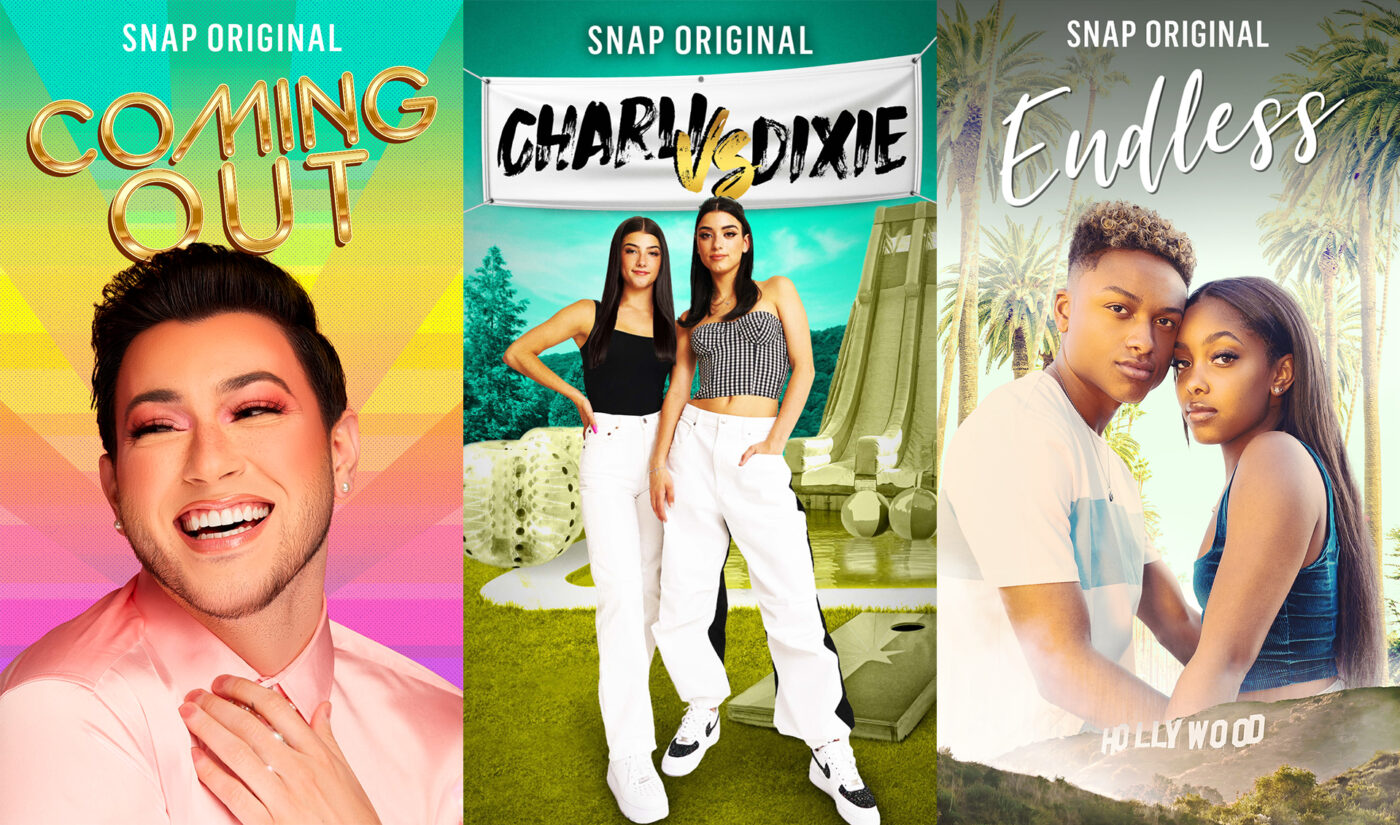 At its 2021 NewFronts presentation, the platform said its 2018 decision to push into original programming “has been one of our biggest achievements” for driving traffic to its Discover feed.

According to Snapchat, in the latter half of 2020, 85% of the U.S. Gen Z population tuned in to at least one of its 128 original shows. Across the whole year, more than 400 million people watched its originals and shows from Snapchat’s publisher partners, it added.

Originals Snapchat highlighted as having particularly notable traffic included Ryan Reynolds’ Ryan Doesn’t Know, which debuted in February and to date has brought in more than 20 million viewers; Jaden Smith’s The Solution Committee, which debuted in September 2020 and brought in 11 million viewers; and Will Smith’s Will From Home, which has 43 million viewers across two seasons. (Worth noting: Smith was a central figure in Snapchat’s presentation, appearing to give a past Will From Home guest $100,000 to continue charitable efforts.)

As for new originals, Snapchat unveiled nine upcoming series. TikTok’s D’Amelio sisters (who have a combined follower count of 160+ million on the video app) are fronting a “larger than life competition series” where they’ll challenge fellow celebrities to feats of “bravery, athleticism, and ingenuity,” per the company.

YouTube beauty guru Manny MUA (4.87 million), meanwhile, will star in Coming Out, a series that’ll “follow six young people as they gather the courage to reveal themselves to friends and family for the very first time.”

You can see full descriptions–provided by Snapchat–for the entire slate below.