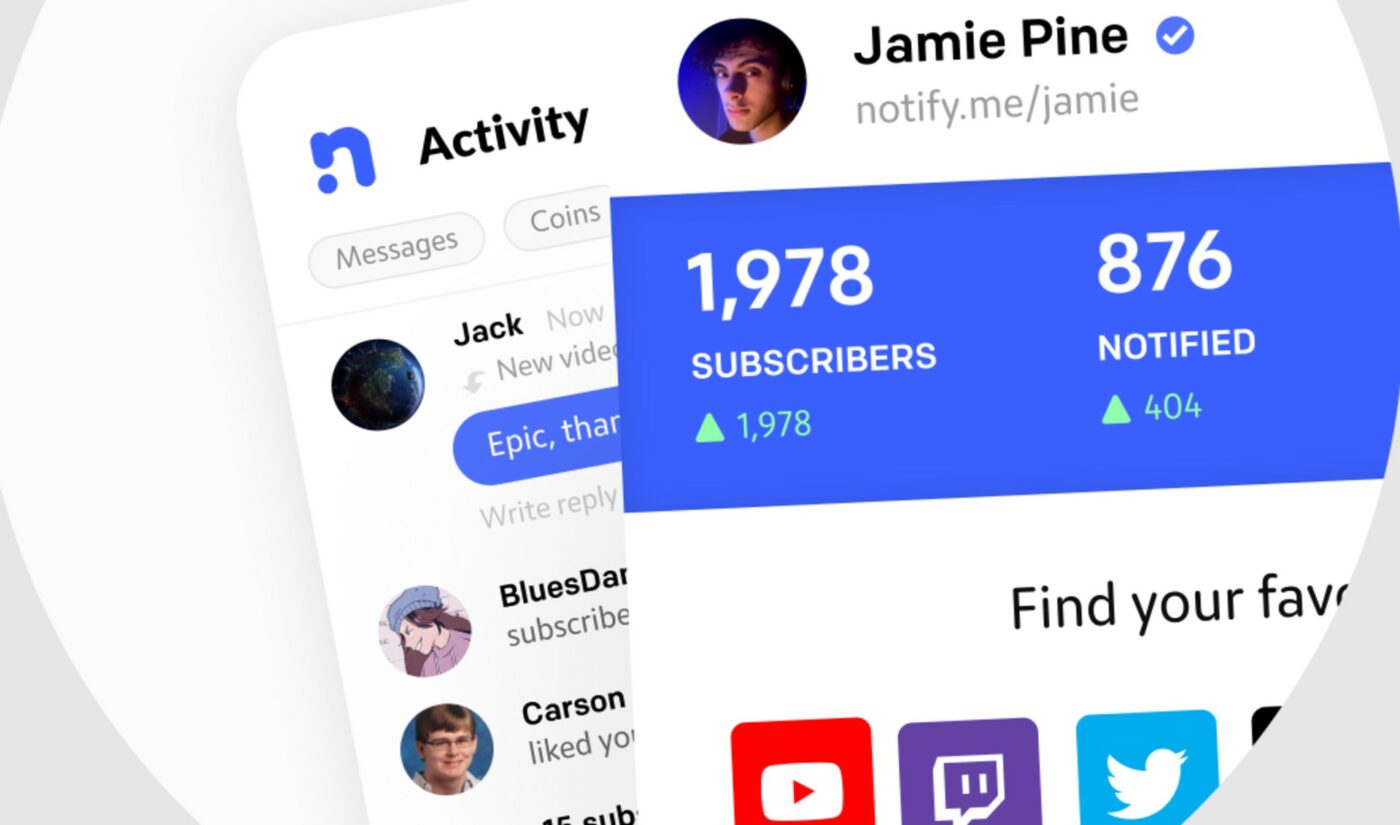 Notify, a Vancouver-based startup that enables fans to subscribe directly to creators — and thereby circumvent algorithmic intervention by leading platforms — has launched on iOS and Android nationwide.

Notify, which calls itself a platform above all platforms, enables users to subscribe to different creators — from FaZe Rug to MrBeast to Pokimane — and then become notified whenever they post across their different social channels, including YouTube, TikTok, Facebook, Twitch, Twitter, and beyond.

Notify enables creators to send push notifications for content hosted anywhere, with a deeplink that directs users directly into the destination app or browser, it says. The app also comprises: a messaging system where creators can interact with fans, real-time receipts, the ability to choose different subscription options, and custom notification sounds.

Every creator on the platform has their own sub.to page — sub.to/pokimane, for example — that touts their relevant social links as well as a link to their presence on Notify. If a creator is not on the app, their fans can notify Notify, which will subsequently create automated sub.to pages until they are officially claimed.

The company — which raised a pre-seed funding round of $875,000 from Ludlow Ventures, Shrug Capital, and Betaworks — was founded by YouTube and Twitch creator Jaime Pine and the engineer Matteo Martellini. Pine wrote in a blog post about the company’s founding that “creators need a future-proof way to build a subscriber base, one free of algorithms and not confined to a single platform.”

He has chronicled the development of Notify on his YouTube channel, which is home to 140,000 subscribers. You can check out his introductory video on the project below: