MrBeast To Give Away $50,000 In ‘Magic: The Gathering’ Partnership 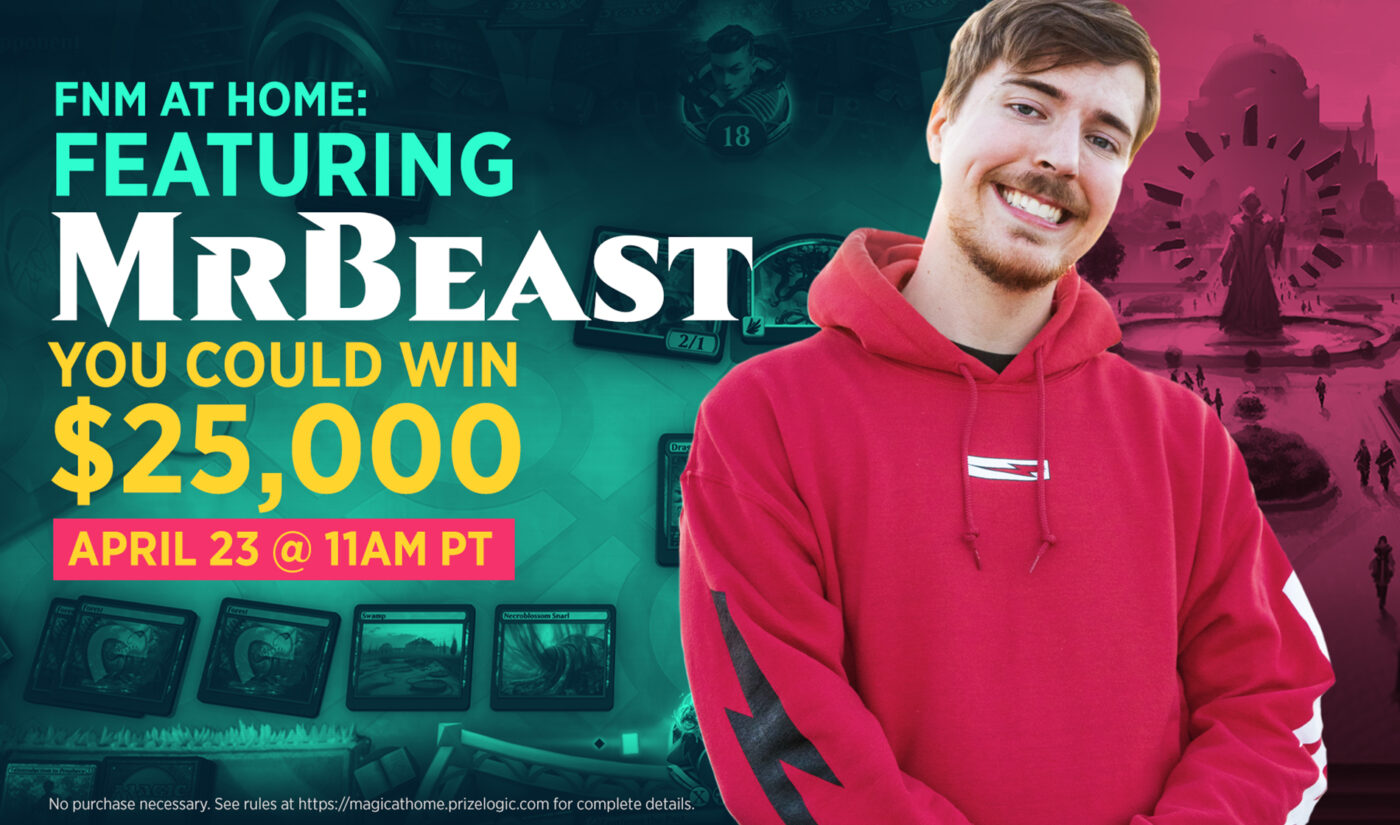 MrBeast has joined forces with mobile fantasy game Magic: The Gathering Arena to surprise two players with a cash prize of $25,000 each.

MrBeast will play the game anonymously for one hour, from 11 a.m. to noon Pacific. During that time, anyone who plays against him on mobile, PC, or Mac has the chance to be chosen for the cash prize.

To be eligible, players must be over 18 and from the U.S., Canada, Japan, the U.K., Germany, France, the Netherlands, Spain, Sweden, Austria, or Portugal. They must play matches with a premade card deck provided by the Friday Night Magic event, and must play matches all the way through.

Winners will be contacted through their account email address after the hour is up.

Want to win $25,000 this week playing FNM at Home? Learn more here! That and more info are included in this week’s Arena update.https://t.co/WAqHC60521

This is far from MrBeast’s first dabble with mobile games. He’s long partnered with games like War Robots and World of Tanks Blitz. And, as of last year, he has his own gaming company, Beast Interactive, which boasts a 50-person team and developed the appware for the YouTuber’s second Finger on the App challenge.