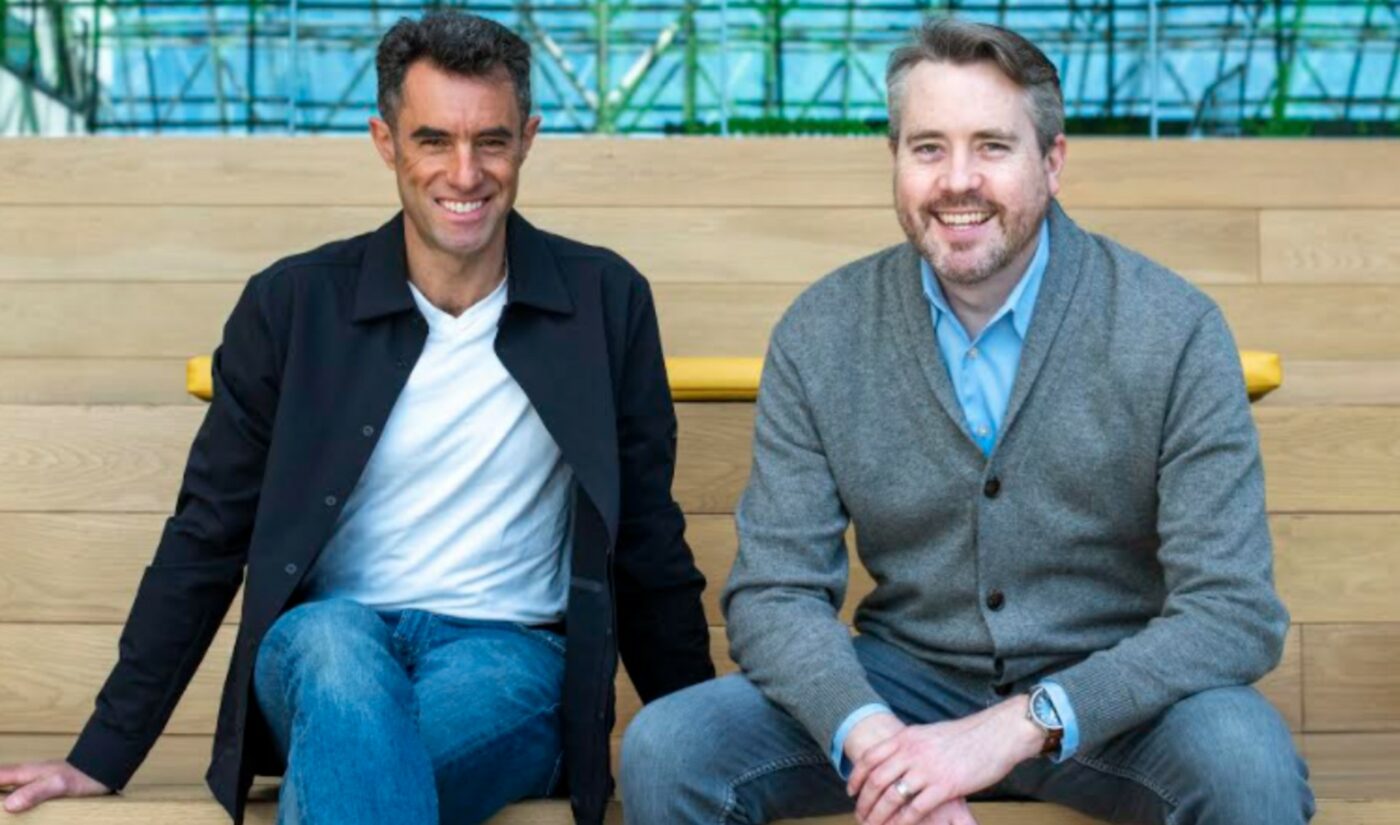 Creator+ was founded by former Crackle general manager and serial entrepreneur Jonathan Shambroom (pictured above, left) and Benjamin Grubbs (right), the former global head of top creator partnerships at YouTube (and the founder of the Next 10 Ventures creator fund, for which he still serves as lead and partner).

Creator+ will finance, produce, market, and distribute feature films headlined by influencers, and also offer merch and community-building components surrounding these releases on its owned-and-operated platform.

As both a vertically-integrated film studio and streaming platform, Creator+ will enter deals with creators in which it will fund all production, marketing, and distribution costs for projects, which will target 14 to 28-year-olds and run the genre gamut from YA to comedy to romance and drama. Shambroom says the company is eyeing film budgets in the low seven figures. After recouping production and marketing costs, Creator+ will share all profits with creators in 50-50 split, with the IP being jointly owned in perpetuity.

At launch, films will only be available for purchase transactionally on Creator+’s platform on the web, mobile devices, and connected TVs — with no subscriptions or ad-supported viewing. In time, films may roll out to other major platforms, Creator+ says.

In this vein, Creator+’s model feels similar to Invisible Narratives, the digital studio founded by former Paramount Pictures president Adam Goodman that is creating feature-length films for its own distribution platform with accompanying merch drops in partnership with FaZe Rug, Larray, Cherdleys, and more.

While no creator partnerships have been revealed by Creator+ just yet, the startup says it will greenlight more than six feature films this year, with the goal of bringing them to market in the first quarter of 2022. Shambroom also teased that the creators who participated in its founding funding round — including Jake Roper, Peter Hollens, and Wendy ‘Wengie’ Ayche — could very well headline future films, and will advise on all development.

Creator+ has also tendered a number of formidable hires to realize its aim, including former Select Management Group founding partner and executive producer Adam Wescott, who is leaving that venture to serve as Creator+’s head of content studio. Former Twitch designer Trisha Choi will serve as head of product, while Black Lives Matter movement leader Ben O’Keefe has been named head of diversity.

Additionally, McKenna Marshall has been named director of development, while longtime producer Nick Philips will serve as head of as head of production. (Wescott and Phillips will serve as producers on all projects, with Marshall being billed as associate producer). Finally, attorney JaQay Carlyle will head up business affairs, while serial entrepreneur Al Lieb will serve as advisory CTO.

Creator+’s funding round comprises a globally-minded array of investors, it says, and was led PETRA Group and Freestyle Capital. It also featured participation from the aforementioned creators as well as the entrepreneur and software exec Selina Tobaccowala and Jazwares CEO Judd Zebersky.

“We believe the next generation of great storytellers are digital natives that don’t just want to tell stories in short-form bursts, but rather inspire and impact their audience with compelling feature-length films,” Shambroom, who will serve as CEO of Creator+, said in a statement. “We also believe the young viewers connecting to these creators prefer to watch movies at home with friends and family where community and e-commerce features are integrated into the movie viewing experience.”