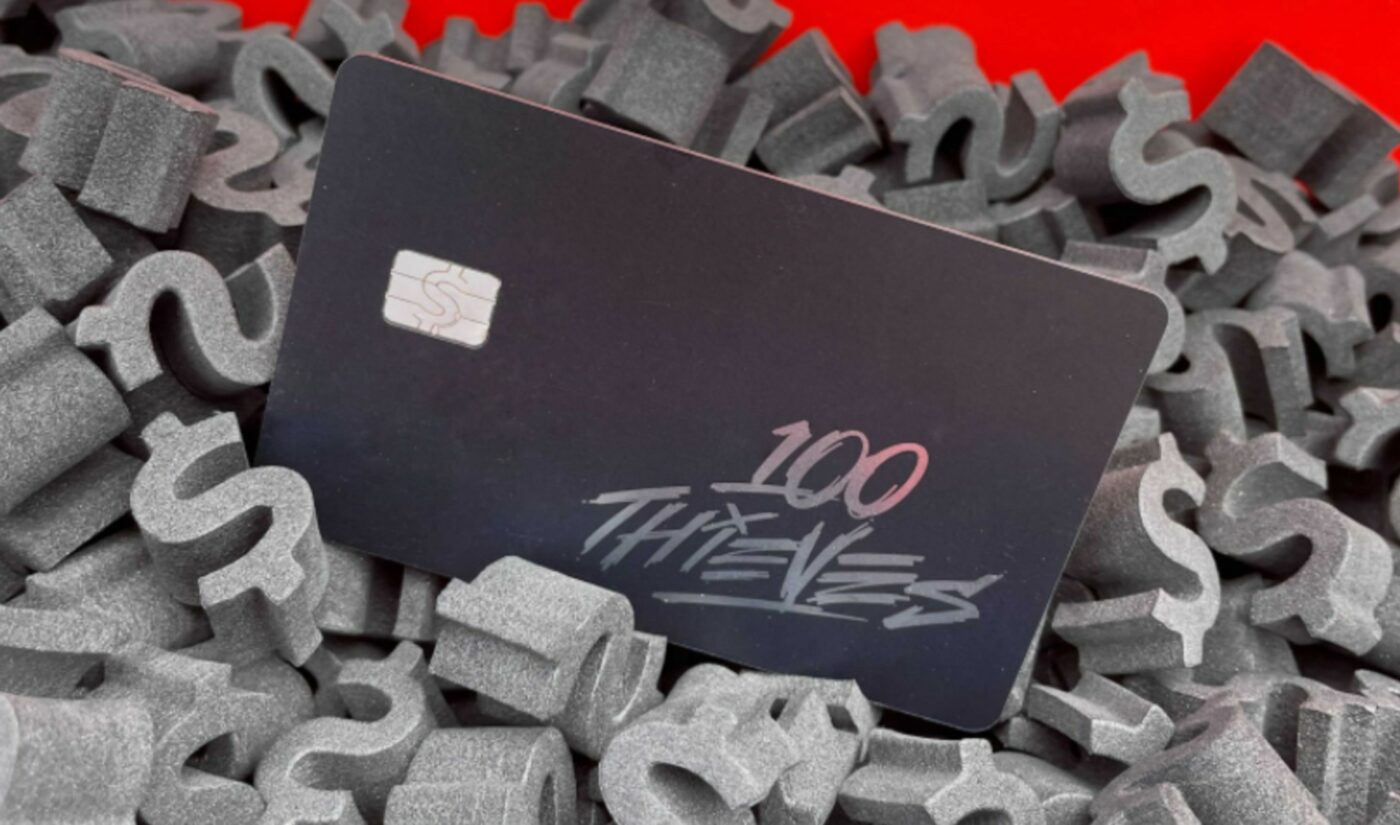 100 Thieves has teamed up with longtime partner Cash App to launch its very own debit card.

The just-launched 100 Thieves Cash Card costs $5 and can be purchased within the Cash App, with $1 from each sale going to Gamers Outreach — a nonprofit whose aim is to empower hospitalized families through play.

“At Cash App, we’ve long been believers in the esports community, and it was clear to us early on that 100 Thieves was a true innovator in the space,” Catherine Ferdon, Cash App’s head of marketing and brand, said in a statement. “Their creativity and willingness to invent with us is what continues to make this such a groundbreaking partnership.”

Square-owned mobile payments service Cash App is also the sponsor of 100 Thieves’ 15,000-square-foot Cash App Compound, its Culver City headquarters that the gaming org turned into a voting center ahead of the 2020 Presidential election. In addition to Cash App, 100 Thieves also operates long-term brand partnerships with The Boston Beer Company and AT&T.