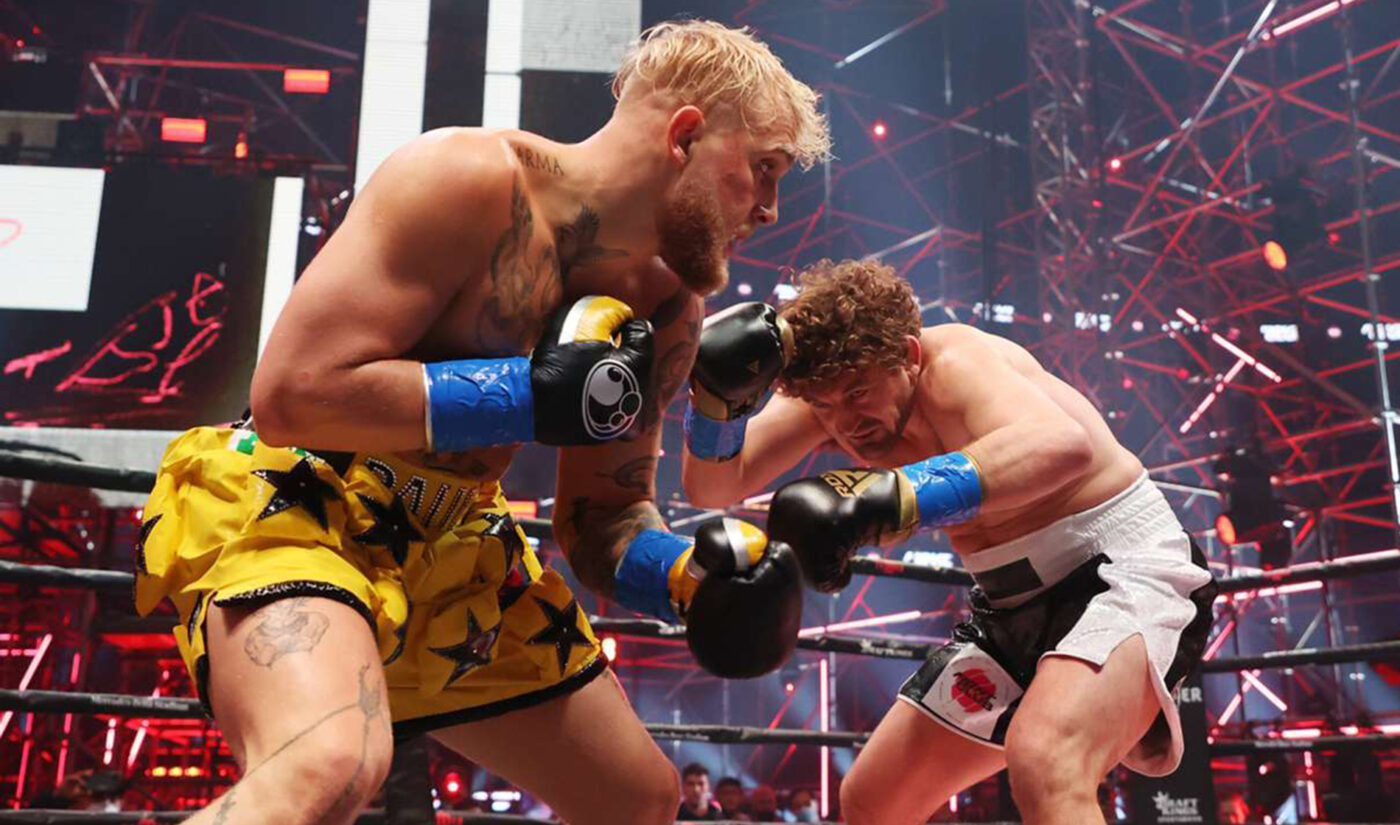 The April 17 fight, which was put on by Snoop Dogg and Triller’s The Fight Club and set in the Mercedes-Benz Stadium in Atlanta, ended with a first-round KO victory for Paul. It was his first time in the ring since November, when he similarly KO’d NBA star Nate Robinson.

In the leadup to the fight, Triller announced it would sell a “one-of-a-kind professionally produced video sequence” of Paul’s Robinson knockout, plus a second video featuring any knockouts from the Askren fight, on its newly launched NFT marketplace. Per the marketplace, the Robinson clip sold for a whopping $1,137,955. The Askren clip isn’t listed yet.

As DAZN points out, that full $75 million isn’t going into Paul’s pocket–at least, not entirely. His contract reportedly guaranteed payment of $690,000, but his final earnings could be higher depending on what’s left after broadcasters and agencies take their cuts. (How much higher is unclear, but we broke down potential earnings from his brother Logan Paul’s 2018 fight with fellow YouTuber KSI here.)

Post-fight, Askren responded to his loss with a single tweet:

Audience responses to the fight varied from accusations that the whole thing was staged to claims that KO’ing a legitimate MMA champion legitimizes Paul in the world of amateur boxing.

A significant amount of attention was also focused on the fight’s backstage preshow, where host Pete Davidson confronted Paul about the sexual assault allegations he’s facing from TikToker Justine Paradise.

“You can’t joke around about that,” Paul responded.

“I feel like if I was a boxer, the last thing I’d want is this right before I fought,” Askren chimed in.

#PeteDavidson asked #JakePaul about the sexual assault allegation in his locker room immediately before he took the ring in his fight against #BenAskren. 😱 pic.twitter.com/9tkmIjhglh

Triller’s Fight Club has revealed that its next bout will take place June 5, and will involve DJ and producer Diplo (who performed at the Paul/Askren fight) squaring off against an as-yet-unnamed opponent.