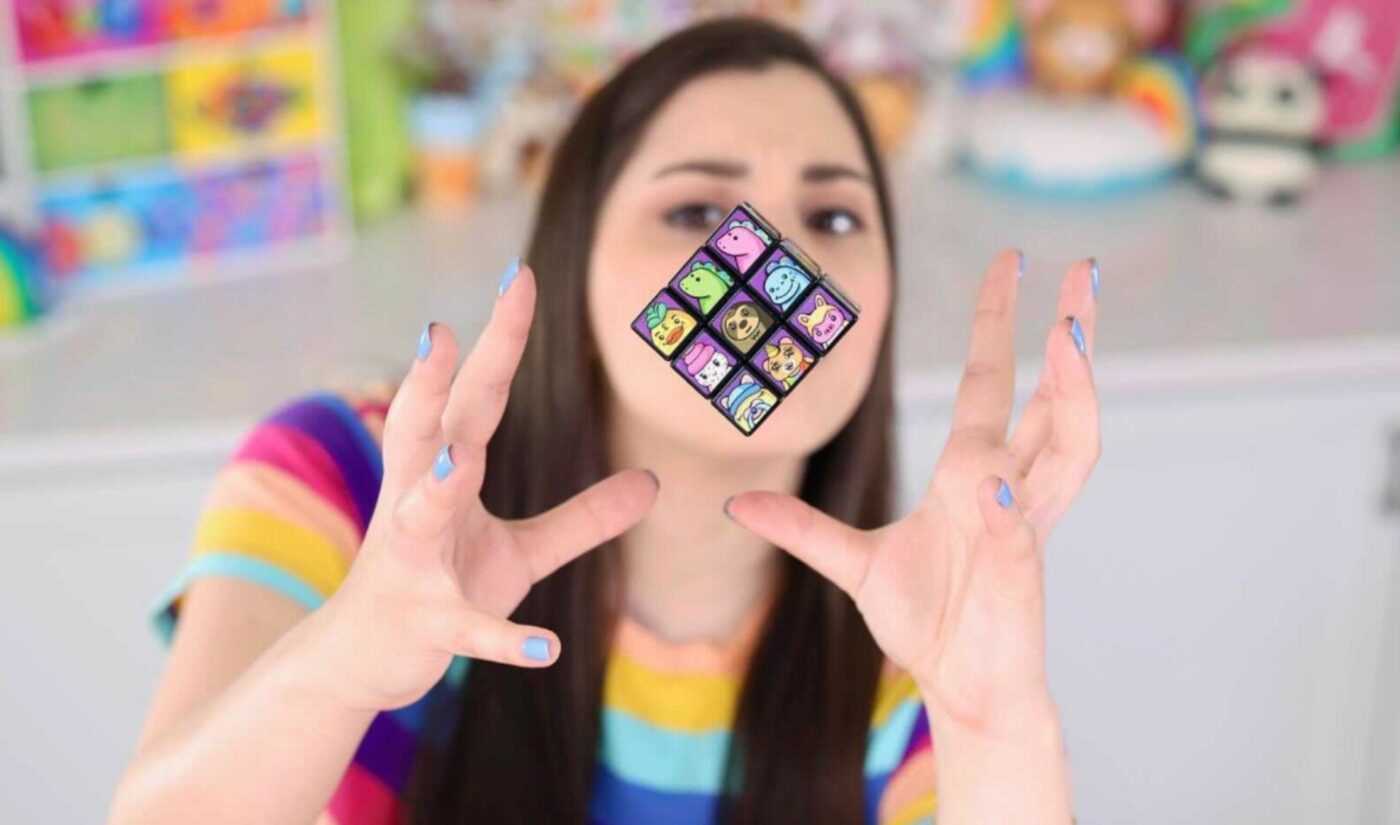 The deal was facilitated by Elizabeth’s merch partner of three years, Spring — formerly known as Teespring — which says it has helped catapult her revenues by 3,450% in less than three years.

The Moriah Elizabeth x Rubik’s Cube was born of fan demand, Spring says, after viewers repeatedly requested that Elizabeth use her design skills to decorate one of the toys, which she subsequently did — personally illustrating 54 of her unique character faces onto each square. That video (below) has garnered over 6.9 million views and 88,000 comments and counting.

Spring subsequently sprung into action, it says, locking in terms with Rubik’s Cube, as its strategic partnerships management team worked with Elizabeth — who does not disclose her last name — on design.

The limited edition Rubik’s Cube — priced at $20 — is currently available for preorder, which concludes on April 19, whereupon production will commence. The products are set to ship on June 21.

“We’ve launched collaborations with some of the biggest designers and household names in the world and are thrilled to step into the creator economy for the very first time with Moriah and Spring,” Elizabeth LoVecchio, VP of marketing at Rubik’s Cube’s parent company Spin Master, said in a statement. “When we saw the overwhelming reaction from her huge fanbase, it was a no-brainer to join forces and bring her creation into reality.”

Elizabeth counts 6.3 million YouTube subscribers, and her channel is growing at a rapid pace, having gained more than 2 million subcribers in 2020 alone. The Rubik’s Cube, born in the 80s, has sold 450 million units worldwide. Spring, for its part, says it has seen 30 people become millionaires solely from selling products on its platform.

You can check out Elizabeth’s Rubik’s Cube customization video, which set the whole collaboration into motion, below: