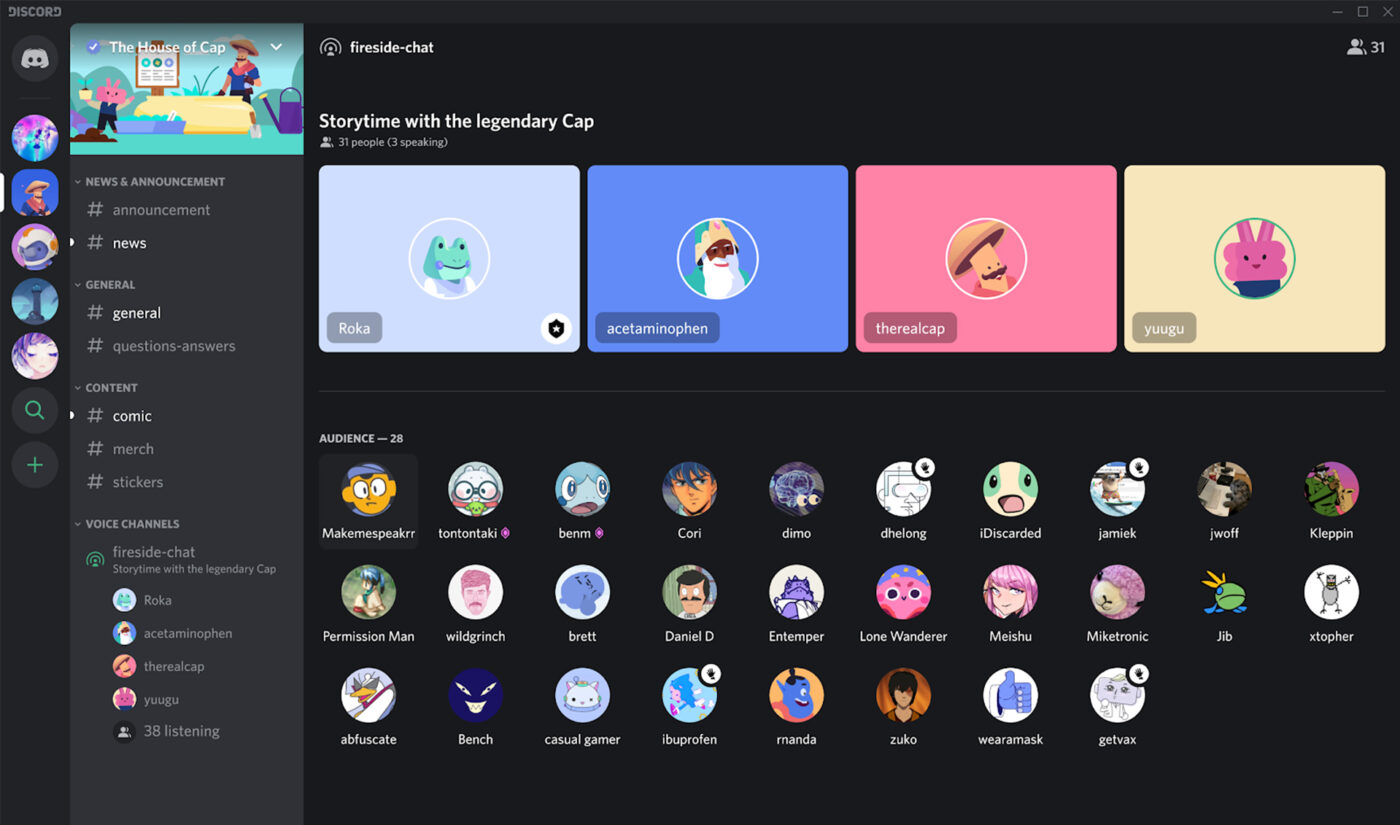 Like Clubhouse’s main function, Stage channels allow a large number of users (in Discord’s case 1,000) to congregate in a single audio room, with some users in speaking roles and others as listening audience members.

Discord says that in testing, Stage channels have been used to run a variety of events, including ask-me-anythings, fireside chats, town halls, and reading groups.

stage channels gives community servers better controls for audio-only events where some people can talk and others can listen as the audience. pic.twitter.com/NWUApOruxr

One notable difference from buzzy, invite-only Clubhouse is that Stage channels aren’t events that any registered user can join. Stage channels are bound to specific community servers—meaning that if someone runs a BTS fan server and launches a Stage channel, only members of that server can join in; there isn’t an external link to send non-members.

“Stage channels are a great way to broadcast to the whole server, because they can be pinned to the top of the channel list when they are ‘opened,’” Discord says in an FAQ about the feature. “All you need to do to open a Stage is write a topic, and it will show up at the top below your server title or banner.”

At least for now, though, there are a couple other limitations: Stage channels don’t allow for video presentations or screen-sharing–two core capabilities present in regular Discord server channels.

Stage channels are also not yet available to all Android users; on that operating system, it’s rolling out over the next week.

Discord users on desktop, browser, and iOS should all have access to Stage channels now.