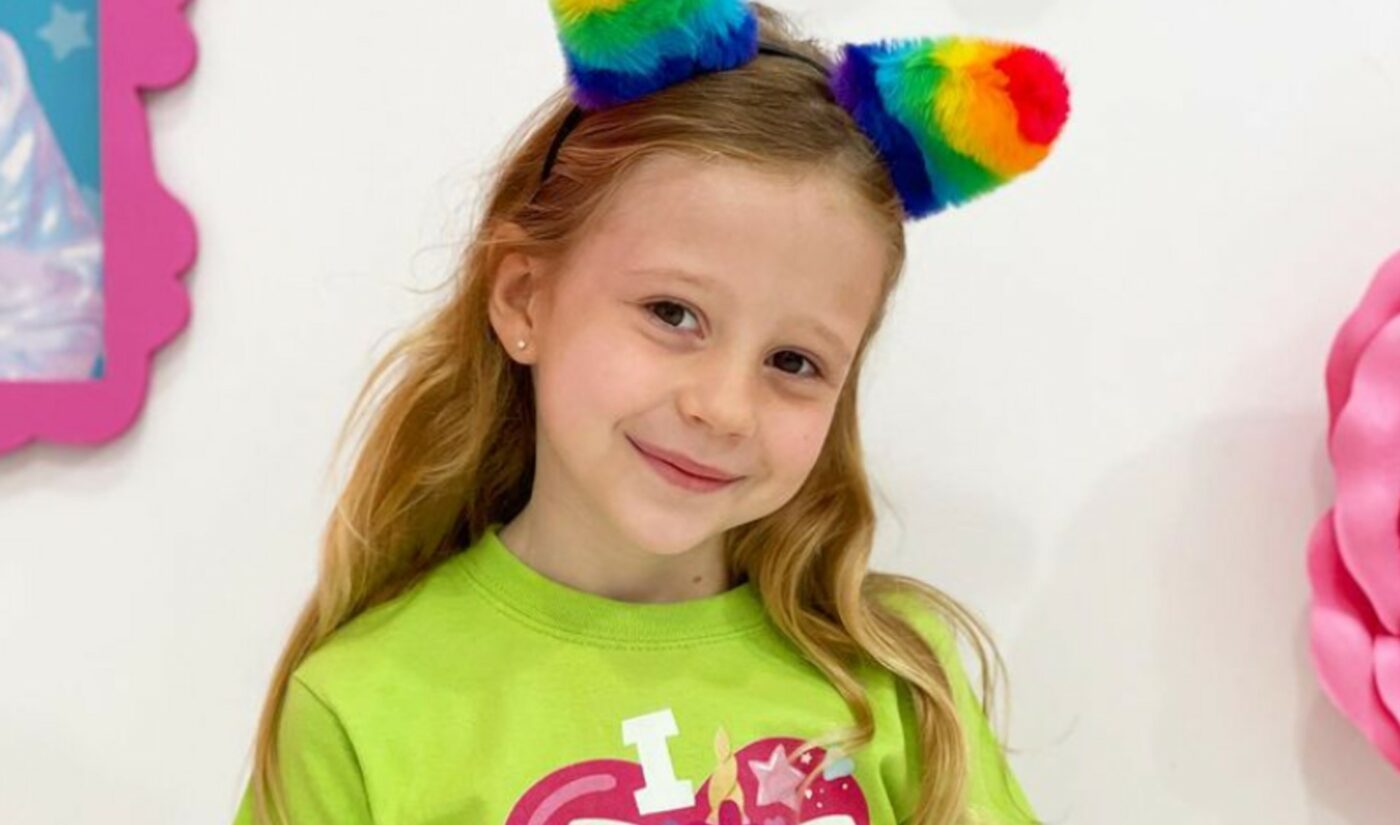 Young YouTube phenom Anastasia ‘Like Nastya’ Radzinskaya has joined forces with Will and Jada Pinkett Smith’s Westbrook Inc. to develop a slate of animated projects.

Forthcoming shows will be targeted toward preschool-aged kids and adults alike, Variety reports, with Westbrook’s co-president and head of TV Terence Carter and SVP and head of scripted TV development David Boorstein overseeing the partnership on behalf of Westbrook Studios. No word yet on how many shows are in development, and when and where they might be distributed.

Seven-year-old Radzinskaya, who hails from Russia but currently lives in Florida, presides over an empire of 14 YouTube channels that toppled the 200 million subscriber mark in January. She also counts 4 million TikTok followers. Radzinskaya inked a global licensing deal with IMG last year for toys, apparel, accessories, homeware, and food, and pacts with Roku to redistribute her content on its proprietary ‘Kids & Family’ channel.

Westbrook — whose other co-founders are Miguel Melendez and Ko Yada — also produces Red Table Talk for Facebook Watch, as well as the Peacock reboot of Smith’s cult-classic sitcom The Fresh Prince Of Bel-Air, which is simply titled Bel-Air. The company also operates an overall deal with Liza Koshy and produced a Snapchat series starring Ryan Reynolds that bowed in January.

Radzinskaya is repped by the internationally-focused multi-channel Yoola in 2017. She was named the seventh highest-paid YouTube star of 2020 by Forbes, which pegged her earnings last year at $18.5 million.