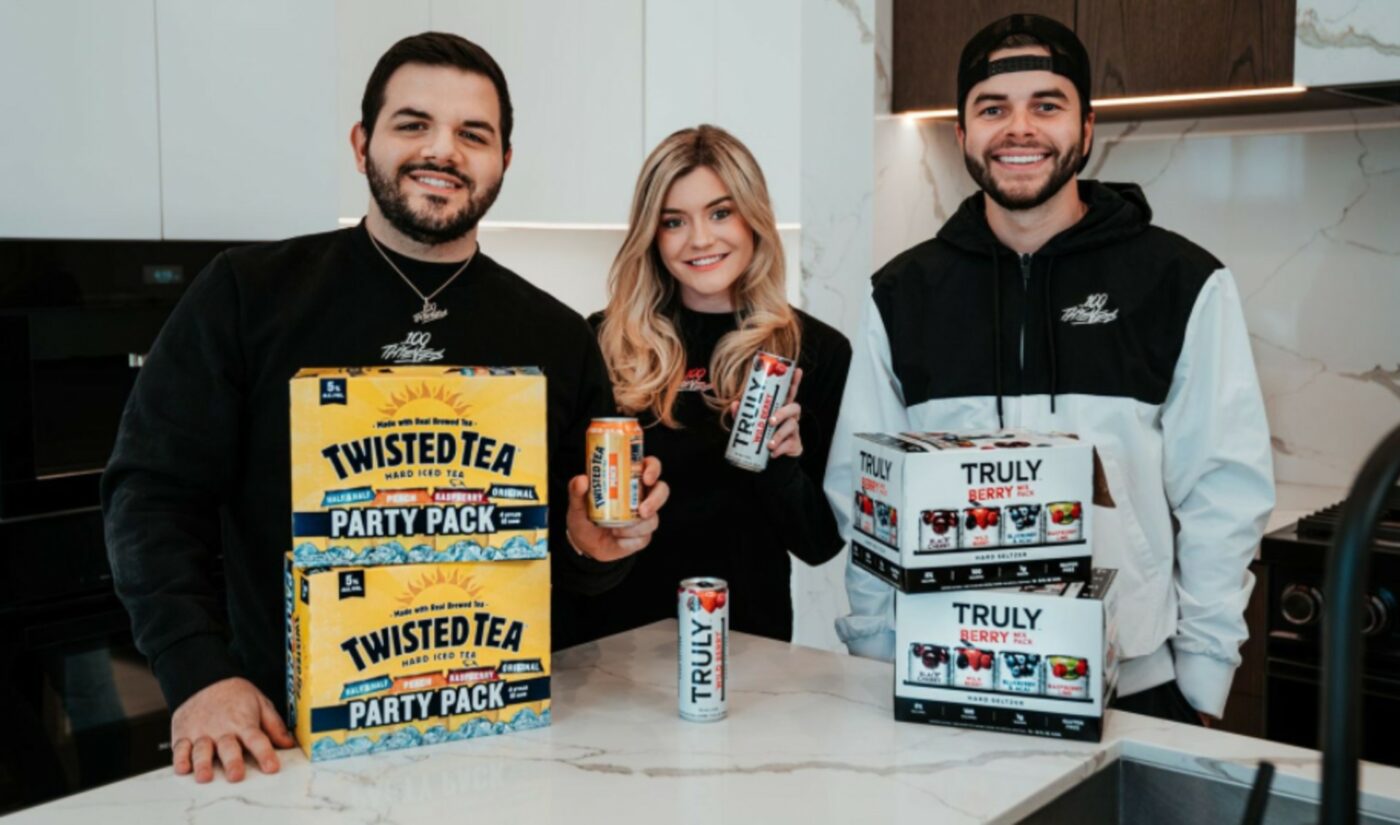 In multi-year pacts, both drinks will now be the official hard seltzer and hard iced tea of 100 Thieves, and will be woven into cross-platform content for the company’s 95 million followers, including challenges, live streams, and giveaways.

Truly says it will sponsor 100 Thieves founder Matthew ‘Nadeshot’ Haag’s golf content, while Twisted Tea will sponsor a new cooking show. Jack ‘CouRage’ Dunlop, who has served as an ambassador for Twisted Tea for the past two years, will continue to host sponsored Happy Hour streams.

Additionally, BrookeAB and 2HYPE’s Kris London have been tapped as brand ambassadors for Twisted Tea, while Neekolul and NoahJ456 will rep Truly Hard Seltzer.

“100 Thieves is the gold standard when it comes to fresh, interactive content for the gaming community,” Boston Beer Company CMO Lesya Lysyj said in a statement. “A space we know our drinkers love, we’re eager to bring Truly and Twisted Tea to the large-scale gaming community with a stacked roster of talent to connect with fans in new ways.”