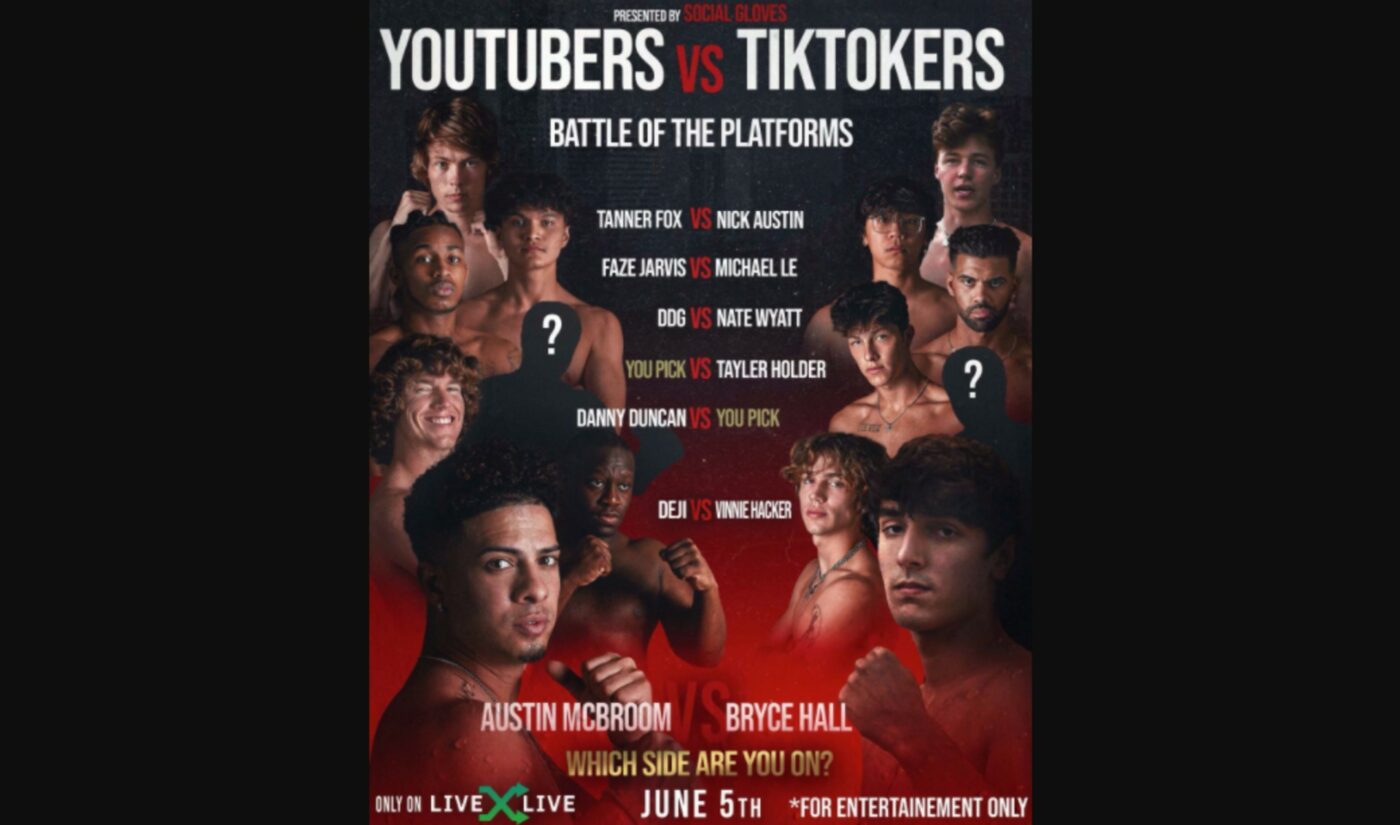 The latest big-ticket boxing event has been announced, in which influencers from both YouTube and TikTok will face off against one another in a new franchise called Social Gloves: Battle of the Platforms.

The inaugural Social Gloves pay-per-view event, slated for June 5, is being produced and distributed by music and live entertainment platform LiveXLive. A press release refers to the event as “Gatsby-esque,” with to-be-announced performances from pop and hip hop stars alongside a series of six boxing match-ups.

Comedian and prankster Danny Duncan and TikTok heartthrob Tayler Holder will also get in the ring with as-yet-unknown opponents, who will be voted into the event by fans.

Social Gloves is being executive produced by the noted talent agent Paul Cazers, with representation from entertainment attorney Jason Ziven at Sanders Roberts. Ticket information will be announced in coming weeks.

Other hotly-anticipated boxing events include Triller‘s Jake Paul and Ben Askren match-up on April 17, and Logan Paul‘s fight with Floyd Mayweather, which was initially slated for February but has since been postponed.