Insights: Will NFTs Help Creators Make More Money, Or Just Trap Them In Another Bubble? 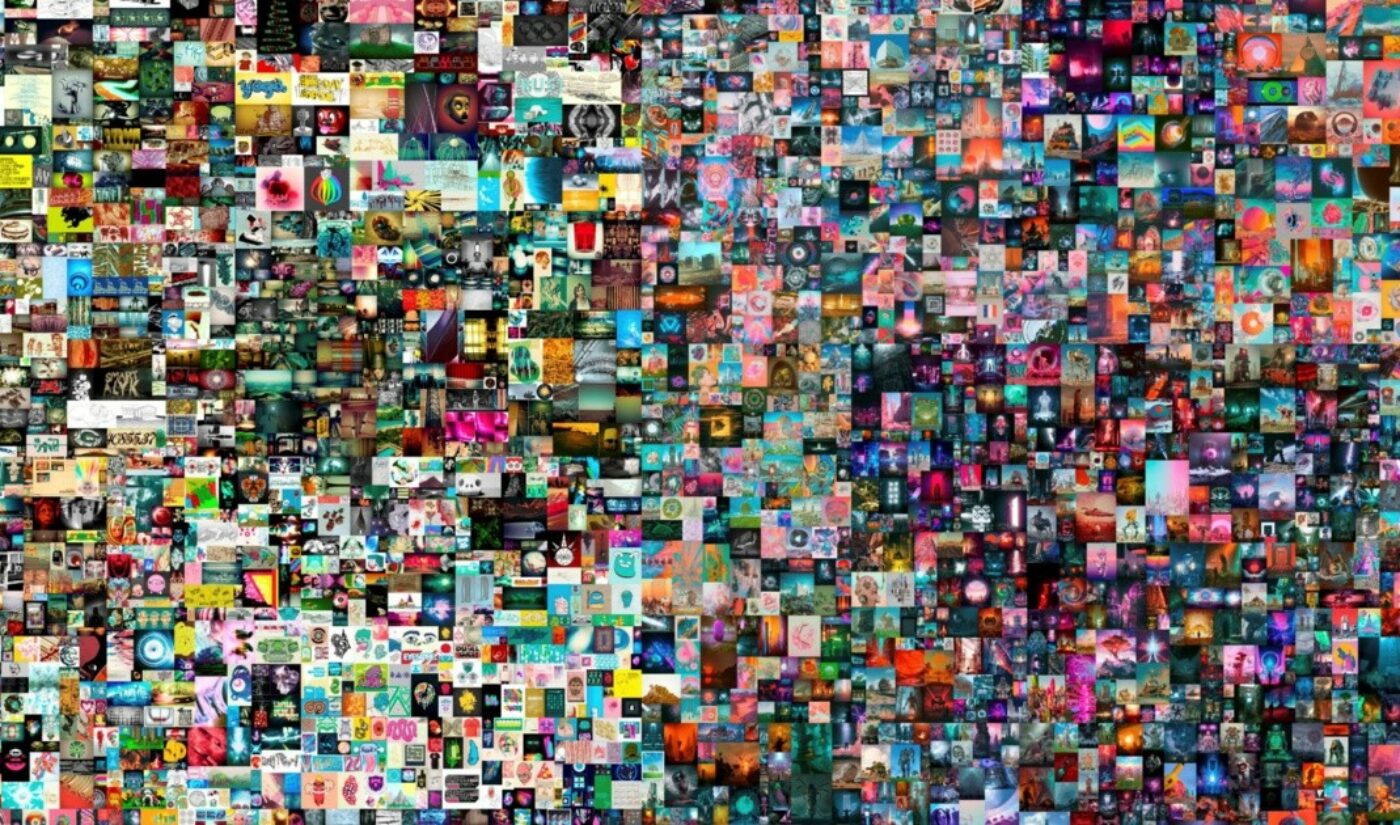 Nothing in years has caught the attention of creative minds like three little letters that have combined in seemingly just a few weeks to create an impossibly Big Next Thing.

The acronym created by those letters, NFT, stands for non-fungible token, a way of attaching the blockchain’s non-duplicable eternal smart contracts to all kinds of artistic creations, of widely varying sorts.

To outsiders not haunting the fevered discussions on Reddit, Clubhouse, Twitter Spaces, and beyond, it’s virtually unintelligible. But to the converted, NFTs are the one true way forward, a technology that promises to fix a host of problems in the business of making video, music, photography, games, and other creative works into unique, collectible digital items.

Artists can use them to provide clear provenance and indisputable ownership of their creations. The creative works can be copied and shared, but the original item tied to the token remains owned by only one person, and connected back to the original creator. NFTs impose scarcity on digital’s infinite copying capacity, and that, its proponents say, is its power.

That’s at least some of the reasoning behind the superheated online markets that saw the artist Beeple sell a work for, all-in, more than $69 million last week. Recording artist Grimes (who’s also the girlfriend of cryptocurrency enthusiast Elon Musk) sold some visual artworks for more than $6 million. Grammy winners Kings of Leon sold more than $2 million in NFTs hard-coded into vinyl versions of their newest album, released earlier this month.

Numbers like that have some creators getting a bit delirious about the prospects for their own creative works.

My friend Ben Dietz, who tracks the foremost edges of technology adoption around the universe with his SIC Weekly newsletter, ticks off four sources of NFTs’ explosive success:

Dietz says it’s “definitely a bubble,” but it’s also a red-hot market filled with opportunity for right, as lots of people pile in to offer their own creations, and lots more talking about doing the same.

Of parodies and Pauls

It has, of course, already attracted both the apparently unavoidable Logan Paul and parody products, like Elijah Daniel‘s Clout Market’ cards, Pokemon-style digital collecting cards with a bestiary of the not-quite-famous, including Tana Mongoose, Jeffree Moon, and Elon Muskular. To his credit, Daniel will send “proceeds percentages” to Direct Relief‘s Pandemic Relief Fund.
And there are skeptics about the true opportunity for NFTs to become widely available and applicable, given their cryptocurrency underpinnings.
Matty Karas, the longtime music industry observer who now curates the daily newsletter Music:REDEF, had one of his typically tart observations, : “…if you’re telling me NFTs are important because they’re a way to authenticate ownership and control distribution and streamline payments, then show me they can do that without raising the price of an album from $9.99 to $9,999.99 and without creating one more experience your average fan can never have.”
There are other notable challenges, said Seth Shapiro, head of startup Artaku NFT (and former co-teacher with me of a digital media class at USC‘s film school). The NFT iteration of cryptocurrency and blockchain technology feels like the early, early days of the Internet’s commercial expansion back in the 1990s.
“We’re somewhere now between The Echo/WELL era and the AOL era,” said Shapiro in an online talk last week with Phil Ranta, COO of Wormhole Labs and another long-time tech pioneer.

The rising price of gas

One obstacle slowing adoption is steep transaction fees, which are exacted in the cryptocurrency Ethereum and are called “gas.” Sometimes, those gas prices jump higher than an OPEC supply shutdown, hitting as much as $100 worth of Ethereum for some transactions.
Even more importantly, the financial, accounting and legal limits in this new space are not well known yet or wholly in place. Unexpected windfalls also mean unexpected tax and other potential liabilities, Shapiro said. In building his company, he’s spent a lot of time talking with lawyers and accountants, to make sure Artaku stays on the right side of where the law is headed.
Even fans of NFTs such as Guy Lawrence, half the electronic music brother act Disclosure, suggested in a Clubhouse room appearance last week that NFTs definitely aren’t for everybody.
“I don’t think they’re for the mass market. They’re for the collectors” and the superfans, said Lawrence. But he’s embracing the opportunities.
When Disclosure’s record deal expired last week, leaving the brothers an independent, unsigned artist for the first time in a decade, Lawrence said he fired up Disclosure’s Twitch feed, created and finished a song using Apple‘s Logic Pro software live over about six hours, then minted it as an NFT, and auctioned it off a day later. (You can watch the process here).
It was actually the live component of that song’s creation that added value to it, Lawrence said. He said other creators getting into NFTs should make that process of artistic creation both public and part of the piece’s minting.

For many creators, it’s still an exciting, frothy time. But, Ranta said, don’t count on the froth sustaining for long.

“We’re in the fun zone right now,” Ranta said. “The possibilities are endless. But the people who jump in six months from now, they’ll be done. The market will be too crowded.”