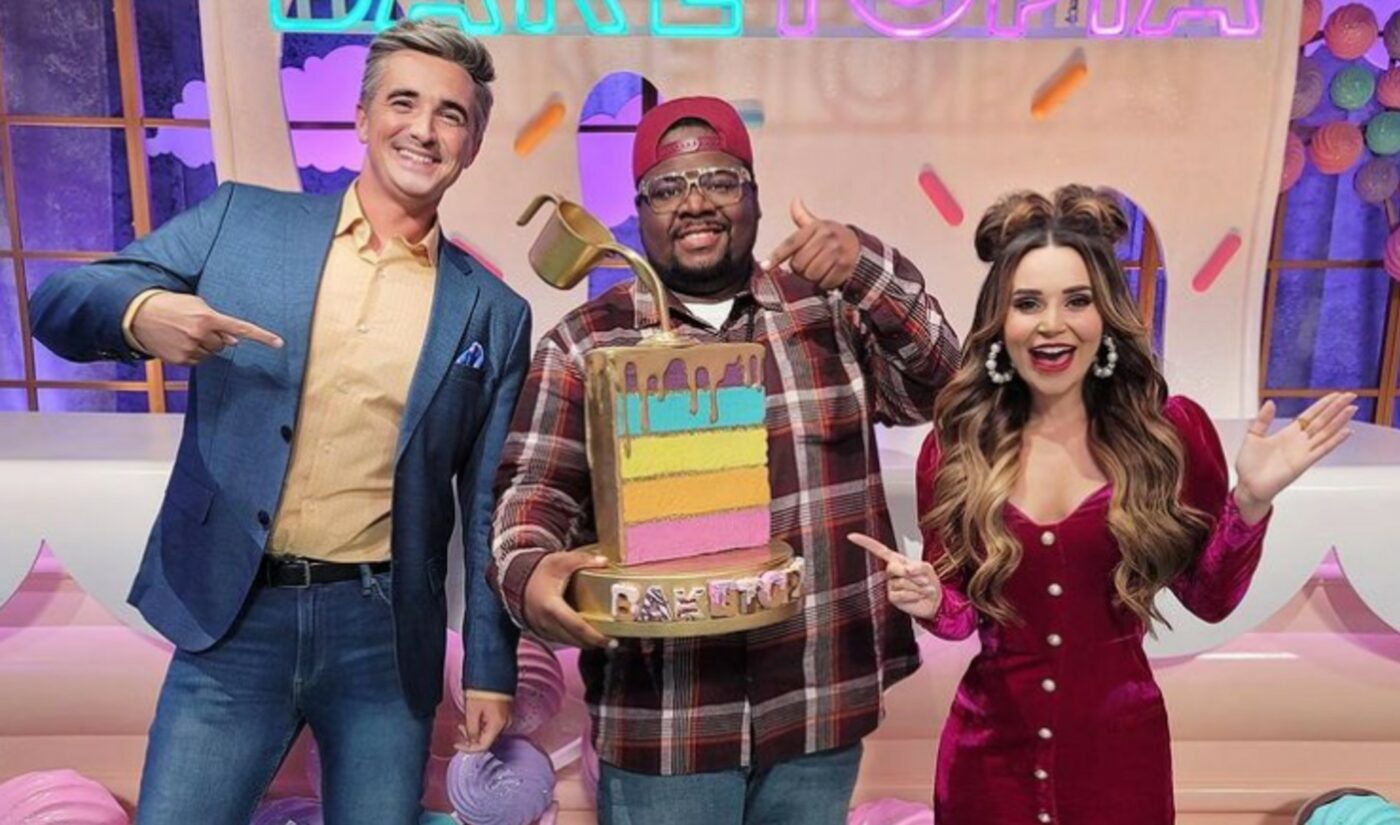 HBO Max wants a slice of one of YouTube’s longest-working baking personalities.

The nascent streamer has tapped Rosanna Pansino — who counts 12 million subscribers and 30 million monthly views — to headline a new competition series called Baketopia that will premiere on March 25.

The series will see bakers facing off in challenges each week for the chance to win $10,000. The series will feature current baking trends that are proliferating across social media, while challenging contestants to create their own.

Pansino will serve as both host and a judge, and will be joined at the judging table — or ‘cake council’, according to the show’s parlance — by fellow cooking creators Donal Skehan (pictured above, left, who will be evaluating taste) and Timbo Sullivan (center, who will assess design and technique). The show, which has been in the works for two years, was produced by B17.

Throughout her 12-year YouTube tenure, Pansino has pursued a number of entrepreneurial ventures, including publishing several cookbooks and launching her own line of baking products. She most recently signed on with kids’ studio Pocket.watch for a new, as-yet-untitled animated series that will see her character flying around the world to educate viewers about local cuisines.

In addition to Pansino, HBO Max has tapped YouTubers LaurDIY and Michelle Khare for kid-friendly competition series in the crafting and fitness spaces, respectively.

You can check out the trailer for Baketopia below: