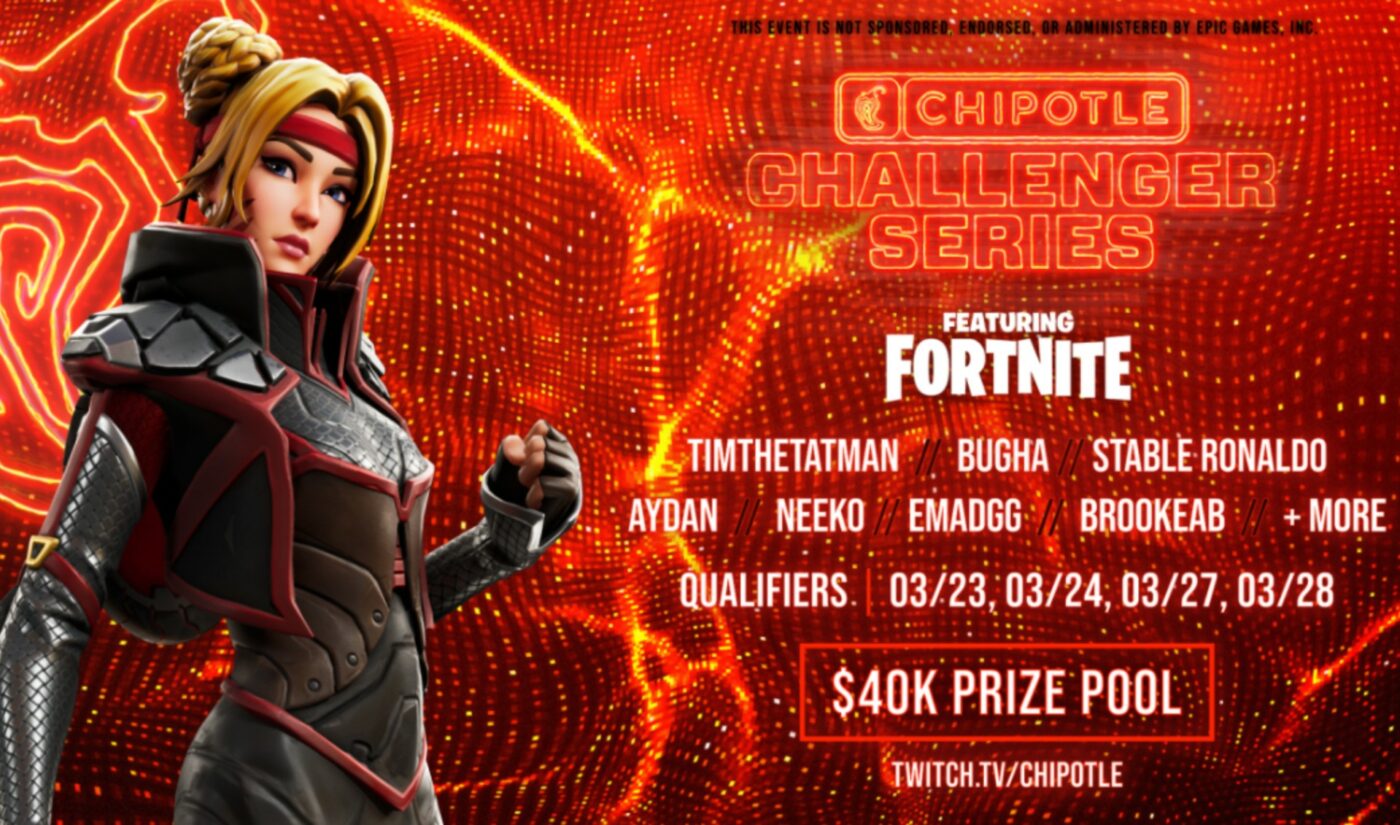 Chipotle is bringing back its Challenger Series Fortnite tournament this year, which will give amateur gaming across the nation the opportunity to compete against their favorite esports stars — and pocket some serious prizes along the way.

The fast-casual Mexican chain will host a total of four Challenger Series tournaments over the course of 2021 — one for each season — which will offer a collective prize pool of $160,000 in cash, Chipotle says, as well as the opportunity to win free burritos for a year, and $100,000 in prizes from computer accessories firm Logitech.

Duo teams will start competing to qualify for the tournament beginning March 23, with all gamers aged 13 years or older in the U.S. and Canada being eligible to apply right here.

A total of four qualifying round will take place with an unlimited number of duo teams competing in a Fortnite kill race. The top 10 teams from each qualifier will receive $2,500 in cash, and advance to the finale to compete against 10 teams invited to the tournament by Chipotle, featuring TimTheTatMan, Bugha, Stable Ronaldo, Aydan, EmadGG, Neeko, BrookeAB, JuJu Smith-Schuster, and Weston McKinnie.

Chipotle launched the Challenger Series in 2019 at the DreamHack gaming festival in Dallas, and transitioned the event into a virtual tournament last year.