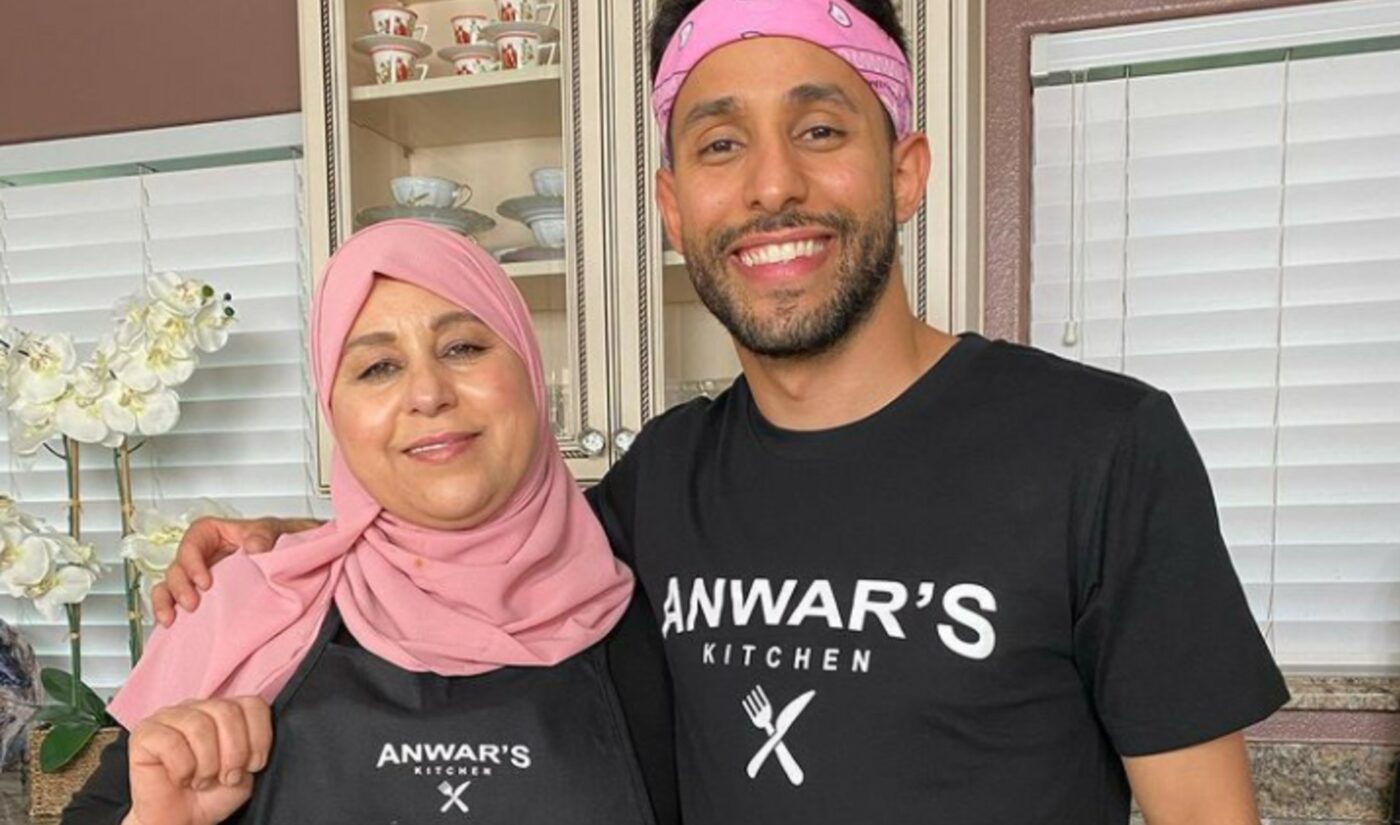 The comedic creator, who is repped by Shots Studios and counts 28 million followers across all platforms, has officially cut the ribbon on a brick and mortar eatery in downtown Los Angeles dubbed Anwar’s Kitchen.

While Jibawi first announced the venture late last year (see below), it takes on new significance now as indoor dining resumed in Los Angeles yesterday at 25% capacity. Restaurants have been shuttered for roughly the past six months after California suffered a particularly brutal COVID surge over the winter.

Anwar’s Kitchen grew out of an IGTV series of the same name — conceived in quarantine — in which Jibawi and his mother, Amal Jibawi, welcomed viewers into their home to prep dishes including shawarma, hummus, sesame chicken wings, ramen, and more. In addition to in-house seating, Anwar’s Kitchen offers takeout in biodegradable containers that can be ordered directly or through third-party services including Grubhub, Doordash and Postmates.

Jibawi says that the fast-casual Mediterranean and Middle Eastern restaurant was inspired by the cuisine he grew up on, and draws from family recipes passed down through generations, with an emphasis on with an emphasis on shawarma, gyro, and falafel. The menu is halal — which refers to food that is permitted under Islamic dietary laws — and was developed by Jibawi and his mom. The hub is overseen on a day-to-day basis by executive chef Mahmoud Bisher.

“There aren’t a lot of things that mean more for the bond my family has than food. We’d share stories over pitas and celebrate Lakers wins with baklava,” Jibawi said in a statement. “I want to bring my home to other homes and share the love my mom poured into each dish and the tastes of our family and culture with them.”

Jibawi isn’t the only creator looking to get into the food business, with MrBeast and Elijah Daniel having most recently tried their hands at delivery-only burger joints launched via ghost kitchens.