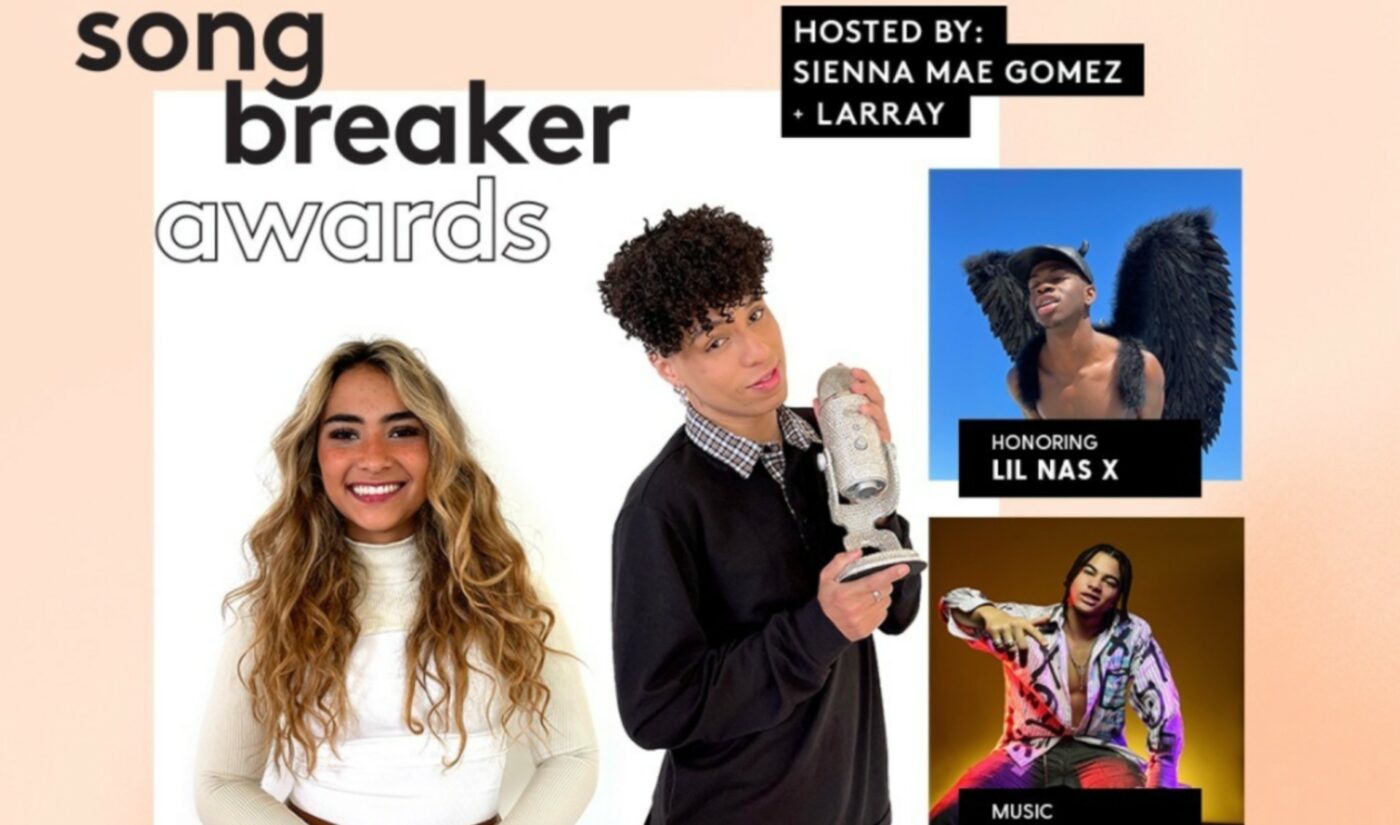 Computer accessories and software maker Logitech has launched a first-of-its-kind awards show called the Song Breaker Awards, which will recognize native TikTok creators who are shaping popular music as we know it.

Hosted by TikTok phenoms Sienna Mae Gomez and Larri ‘Larray’ Merritt, the event is slated for March 13 at 8 pm ET, streaming live on TikTok — on Logitech’s channel, as well as Gomez’s and Merritt’s. The stream will feature appearances by Lil Nas X and rapper-songwriter 24kGoldn.

The Song Breaker Awards, airing ahead of the Grammys, will recognize creators whose dance challenges, memes, and other TikTok content have made the largest impact. A recent report authored by TikTok, for instance, found that nearly 90 songs that trended on the platform last year climbed the Billboard Top 100 charts, while more than 70 artists who rose to renown on the platform subsequently nabbed major label deals.

“Ahead of the 63rd annual Grammy Awards, music’s biggest night, we’re excited to celebrate creators who have played a role in skyrocketing songs to record-breaking success and award nominations through dance, memes, and challenges on TikTok,” stated Meridith Rojas, the DigiTour co-founder who was named Logitech’s head of global creator marketing last August. “The Song Breaker Awards is one of the ways Logitech is spotlighting the power of the creator community.”

All told, 14 creators will be honored at the Song Breaker Awards in three categories: ‘Originators‘, who started trends; ‘Amplifiers‘, comprising popular creators who amplified virality; and ‘Artist Breakers‘, honoring emerging artists. Logitech will also bestow a ‘Breakthrough Award’, a ‘Groundbreaker Award’, and ‘Song Breaker of the Year’.

Logitech is launching the Song Breaker Awards as part of Castle — a brand initiative that Logitech describes as a members-only club for creators, including Lil Nas X and Noah Centineo. Logitech will work with creators on sponsored content, tap them to star in ad campaigns, and also court their input for the development of new products and services.