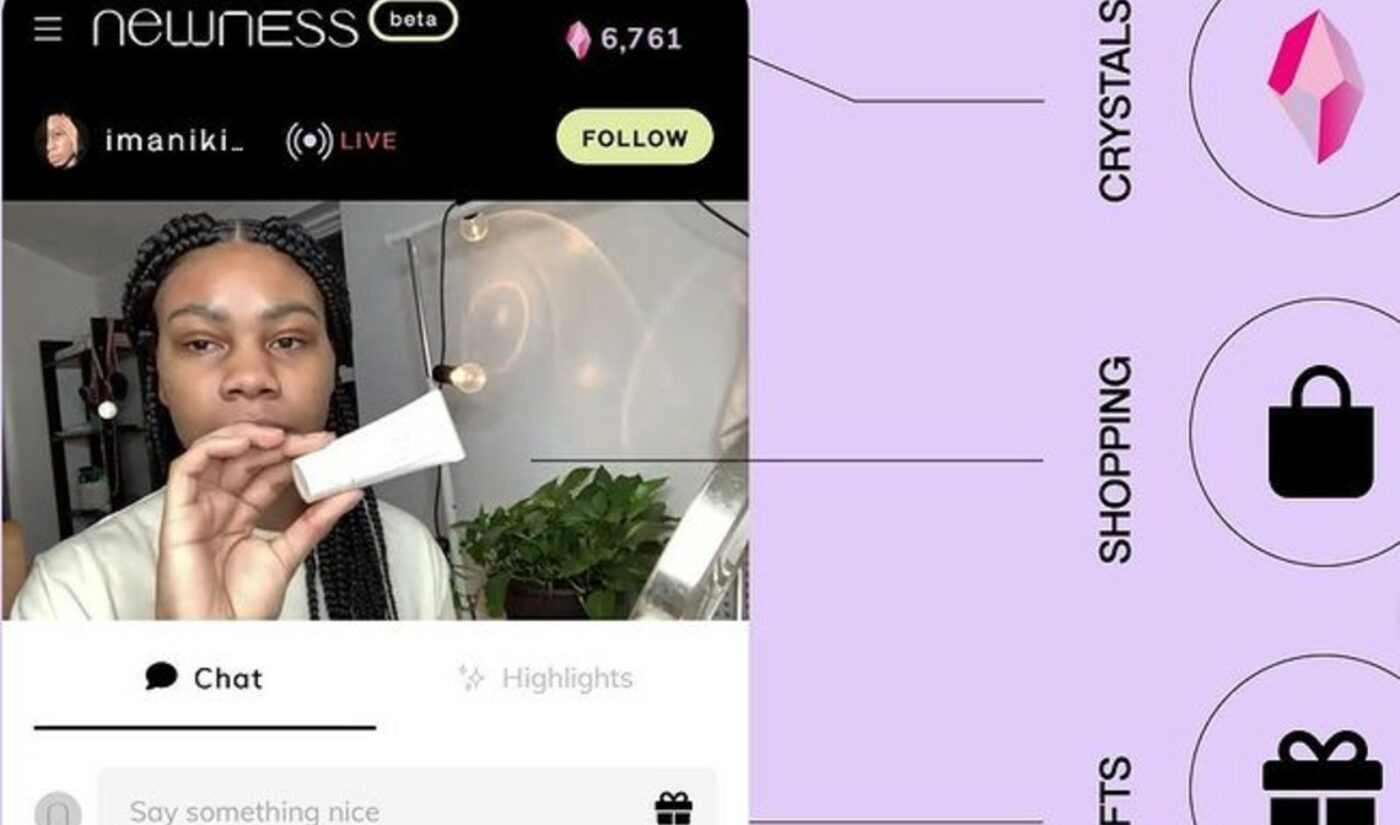 The one-year-old company was founded by CEO Jenny Qian, who most recently served as Twitch’s senior director of business strategy, and CTO Youri Park. It counts 14 employees.

In addition to its beauty focus, Newness wants to foster a positive community, according to Techcrunch. For instance, both fans and content moderators are rewarded with ‘crystals’ for good behavior, such as engaging in a stream or sending chat messages. Once accrued, crystals can be redeemed for full-sized beauty products, which the company plans to source via brand deals.

Per Techcrunch, Newness also enables creators to host both public and private streams (with the ability to sell admission for both formats). It also furnishes access to an in-app tipping mechanism. Eventually, Newness plans to take a cut of user transactions, though it’s still in a beta phase, with creators being asked to onboard on an invite-only basis.

While only available on the web thus far, Newness plans to harness its funding to build an iOS app this year.