Twitter CFO Says Trump Is Banned In Perpetuity, Even If He Runs For Office Again 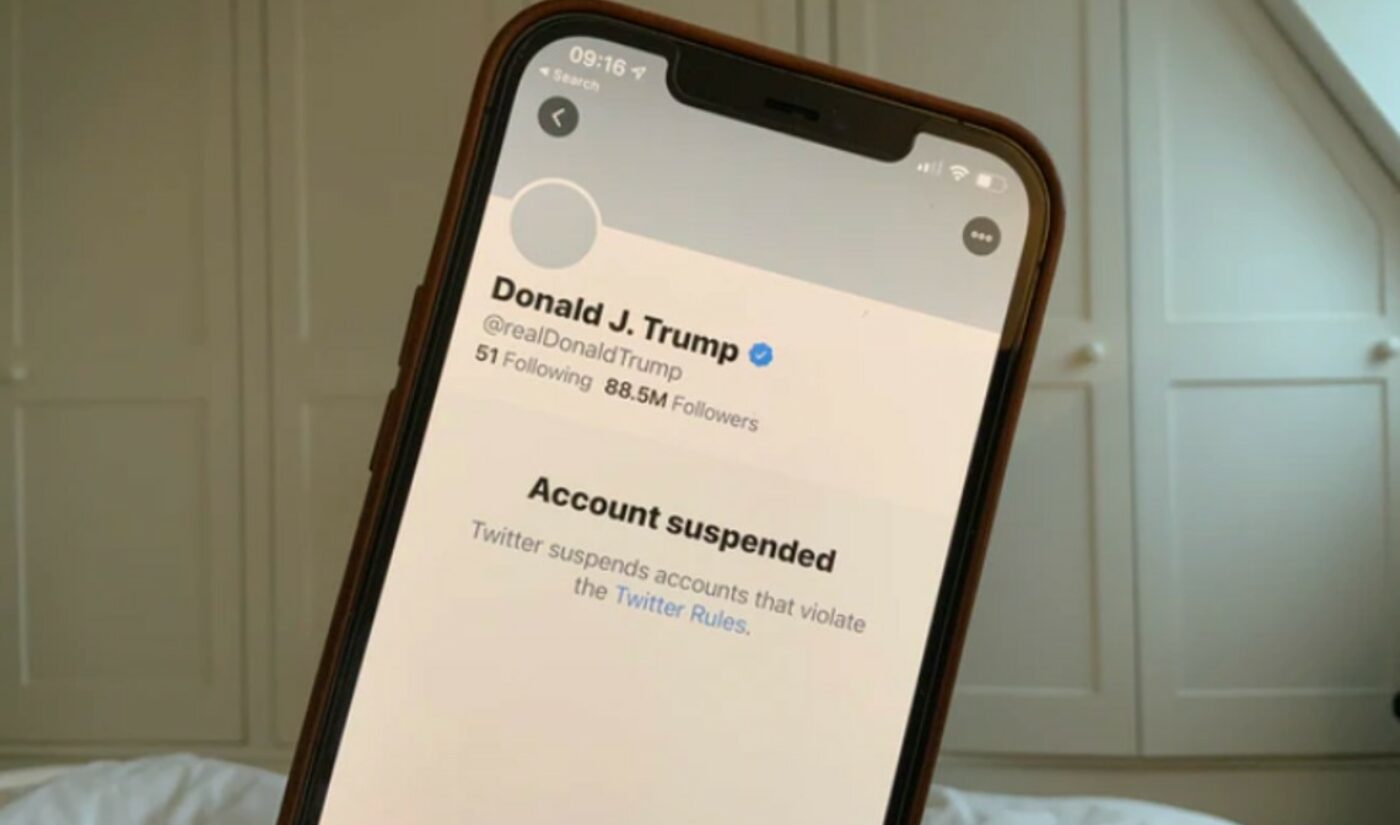 Twitter has reiterated that its ban of President Trump will be upheld in perpetuity.

The company’s CFO Ned Segal clarified the punishment on CNBC’s Squawk Box, noting that Trump would not be welcome back on the platform if he were to run for office again in the future.

The remarks arrive in the midst of Trump’s second impeachment trial over alleged his role in inciting the Capitol riots. If acquitted, it would be possible for him to run for office again in the future — though without, Segal seems to be signalling, one of his de facto modes of communication. On Jan. 8, days after rioters stormed the Capitol, Twitter shared in a blog post that Trump’s account had been “immediately permanently suspended” for violating its Glorification of Violence policies. Segal’s latest comments, however, put it more plainly that Trump is gone for good.

Trump was also permanently banned by Snapchat in January, and he’s been indefinitely banned by Facebook, Twitch, and YouTube. Facebook’s Oversight Board, an independent body that reviews content moderation decisions, is currently determining the future of Trump’s account.