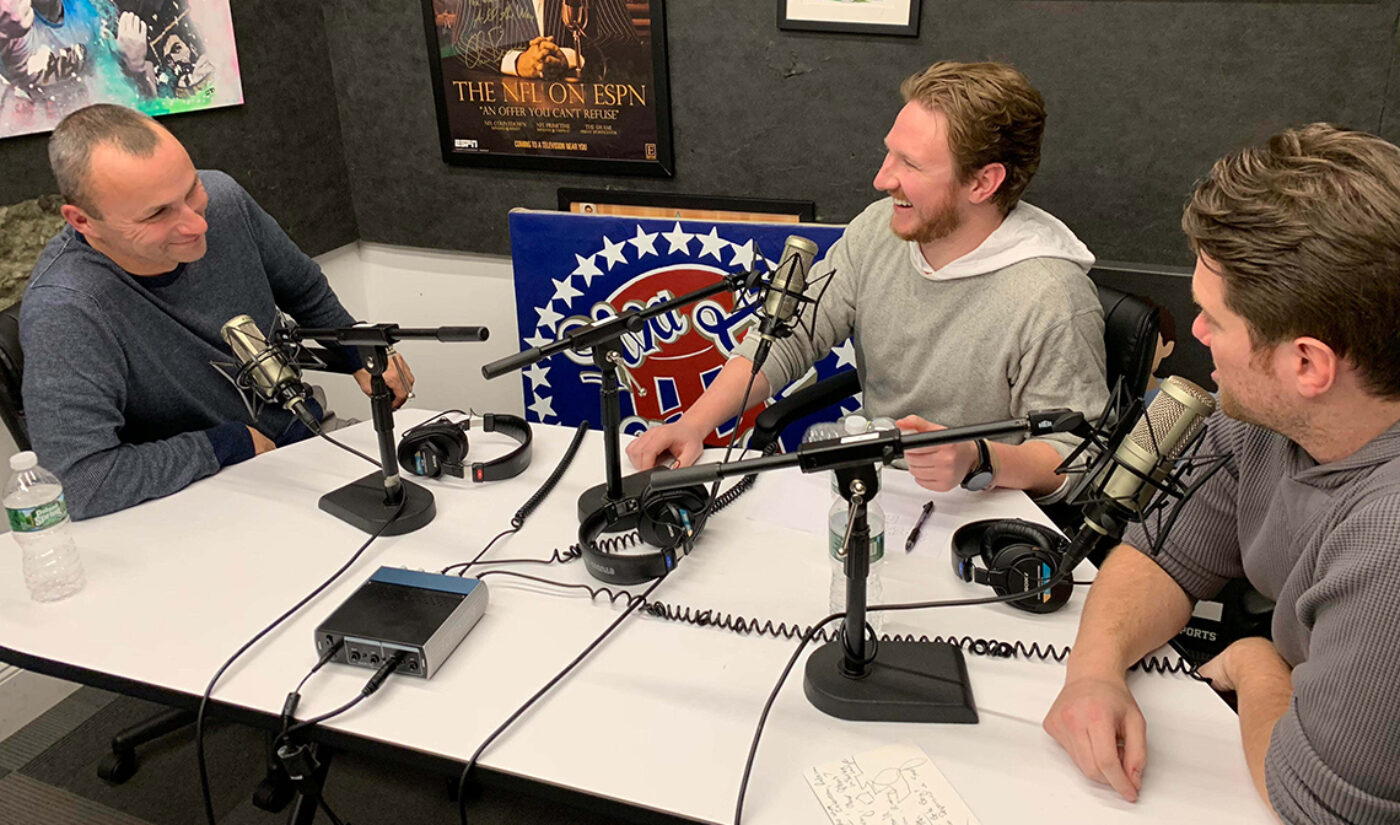 Barstool Sports, NPR, recent Amazon acquisition Wondery, iHeartRadio, and The Daily Wire raked in a full one-third of all ad revenue earned by the podcasting industry in 2020.

That’s according to advertising analytics company MediaRadar, which today released its report on the state of podcasting in 2020.

MediaRadar found that despite podcasts–like pretty much all forms of digital content–seeing an early slack in ad spend thanks to COVID, they bounced back by the end of the year. Overall, the industry saw 11% more ad spend in Q4 2020 than in Q9 2019. (Exact figures weren’t provided.)

The spend came from just under 6,000 advertisers total, many of them telehealth, career, and insurance-related businesses. The top five advertisers by amount spent include mental health services platform BetterHelp, Capital One, Geico, home security company SimpliSafe, and job marketplace ZipRecruiter.

Of course, advertising isn’t the only vehicle funneling money into podcasts. The industry was already growing pre-pandemic, but COVID lockdowns pushed it to boom, driving listening and creation to new heights. Thus began a spate of (generally pricey) acquisitions: Spotify snapped up sports-focused The Ringer for a reported $200 million and Joe Rogan’s talk show for $100 million, Amazon bought Wondery for $300 million, and Twitter acquired the team behind podcast app Breaker to develop its own audio technology.

The Interactive Advertising Bureau has said it expects the podcasting industry to generate at least $1 billion in 2021. Back in 2018, it generated an estimated $479 million.