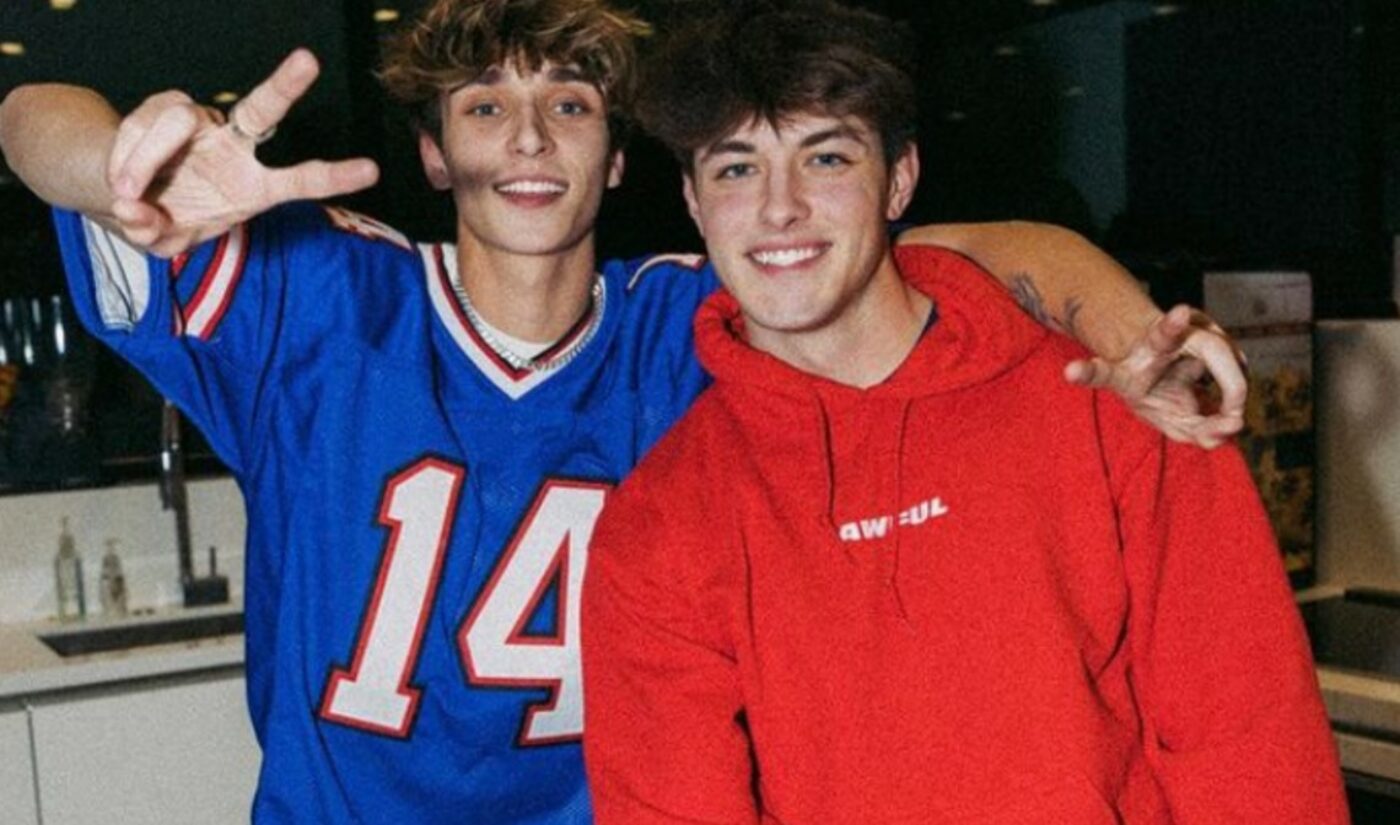 Two members of TikTok creator collective Sway LA — who have increasingly dipped their toes into the VC space — have tendered investments in a nascent networking app that sees influencers getting paid to help break emerging musicians.

Josh Richards, a co-founder of Sway’s parent company TalentX Entertainment, and fellow Sway House member Griffin Johnson, have both invested in Breakr, Billboard reports. The size of each influencer’s investment was not disclosed.

Breakr was co-founded by a group of HBCU alumni in November, including brothers Ameer and Tony Brown, Daniel Ware, and Rotimi Omosheyim. Influencers create profiles on Breakr with their pay rates and music preferences, enabling artists to purchase campaigns on TikTok, Triller, and Instagram. Musicians can also create profiles on the app and submit music for influencers to review. Billboard notes that all deals are conducted on the app, with Breakr taking a 10% cut.

Breakr says it has 17,000 users currently — 70% of whom are artists 30% of whom are influencers. Prior to Richards and Johnson’s investments, the company had raised $800,000 in venture funding, including $100,000 from the Talent x Opportunity Initiative — a fund for minority-founded startups created by Marc Andreessen and Ben Horowitz‘s A16Z VC firm. Billboard reports that Breakr will formally launch a $3 million funding round later this month.

In addition to his influencer duties, 18-year-old Richards serves as the founder of TalentX Records, a joint venture with Warner Records to which he is also signed, and as CSO and an investor in TikTok rival Triller. He launched his own Ani Energy drink company,  invested in Ellen DeGeneres‘ faux fur blanket startup UnHide, joined the Remus Capital team as a venture partner, and has invested in dozens of other startups. Richards is also the co-host of a podcast titled BFFs alongside Barstool Sports founder Dave Portnoy.

Johnson, 22, also serves as an advisor to and investor in Triller. He has invested in over a dozen startups to date, including ReKT Global, Poppi, Lendtable, Atmos, AON3D, Stir, and Versus Game.