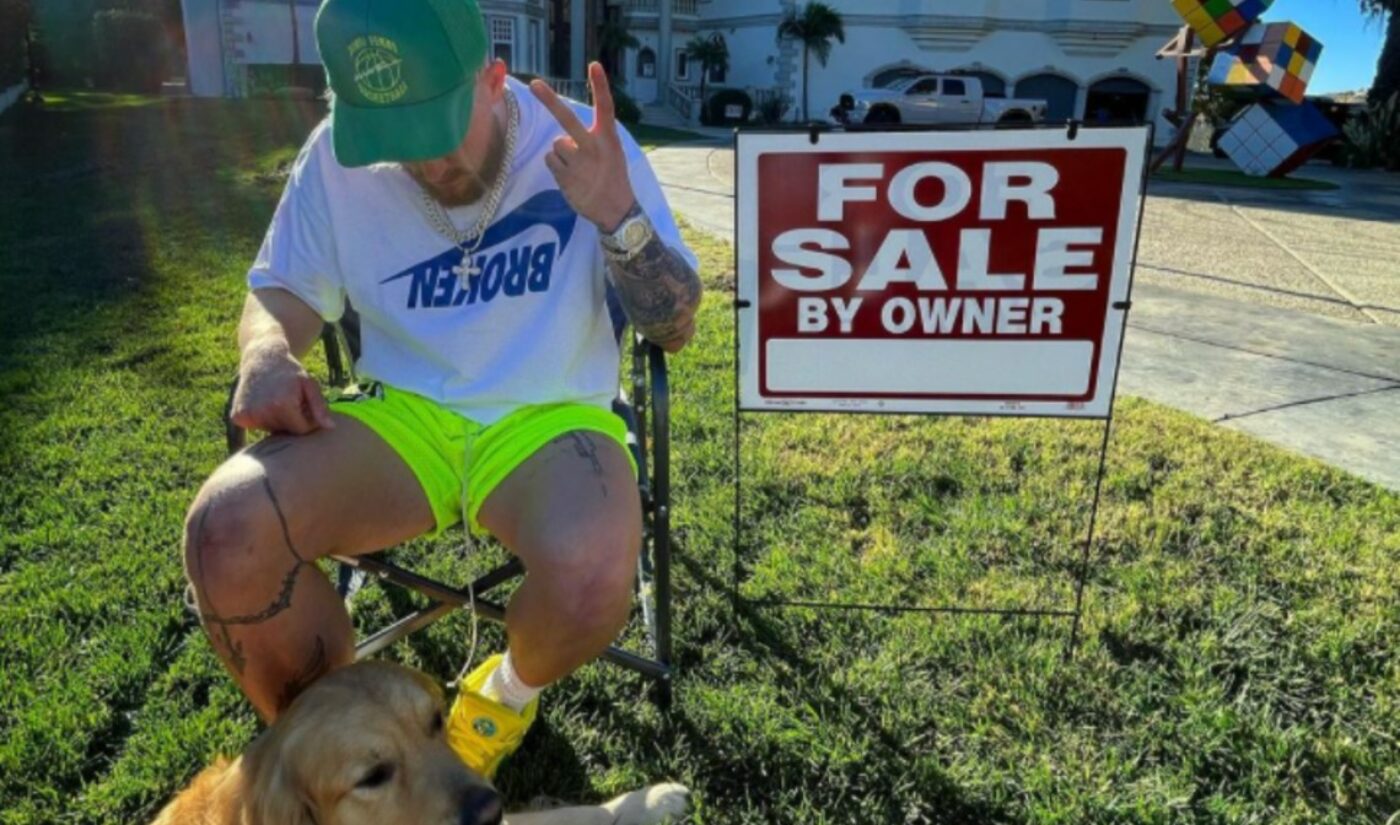 Jake Paul’s infamous Calabasas mansion is on the market, as the controversial star says he’s moving out of Los Angeles on his quest to become a top pro boxer.

Paul, whose reputation precedes him as a neighbor from hell, acquired the Calabasas property for a reported $6.925 million in Nov. 2017 — after he moved out of West Hollywood, where his neighbors considered filing a class-action lawsuit due to his disruptive stunts and the near-constant crowds he’d attracted there.

The Calabasas home, too, has been a beacon of controversy, including the investigation of an alleged drugging during a party in May 2019, repudiation from the mayor of Los Angeles for a Paul-hosted rager during the COVID pandemic, and a raid by the FBI — in conjunction with allegations that Paul had participated in looting at an Arizona mall during the Black Lives Matter protests in May — during which authorities seized multiple firearms.

Paul’s home is being listed by celebrity real estate agent Josh Altman for $7 million — meaning he would only turn a $75,000 profit at that price. According to the listing, which was spotted by Dexerto, the home is set on 3.5 acres and is 15,000 square feet, complete with a motor court, eight bedrooms, 10 bathrooms, multiple living rooms, an office, gym, theater, pool, spa, and other amenities.

TMZ reported late last month that Paul was moving to Miami amid his pursuit to become a professional boxer, given that the Los Angeles party scene marked too much of distraction for him. Paul reportedly spent four months training in Las Vegas ahead of his fight with Nate Robinson. He will next face UFC fighter Ben Askren in April.

You can check out Paul’s move announcement vlog below: