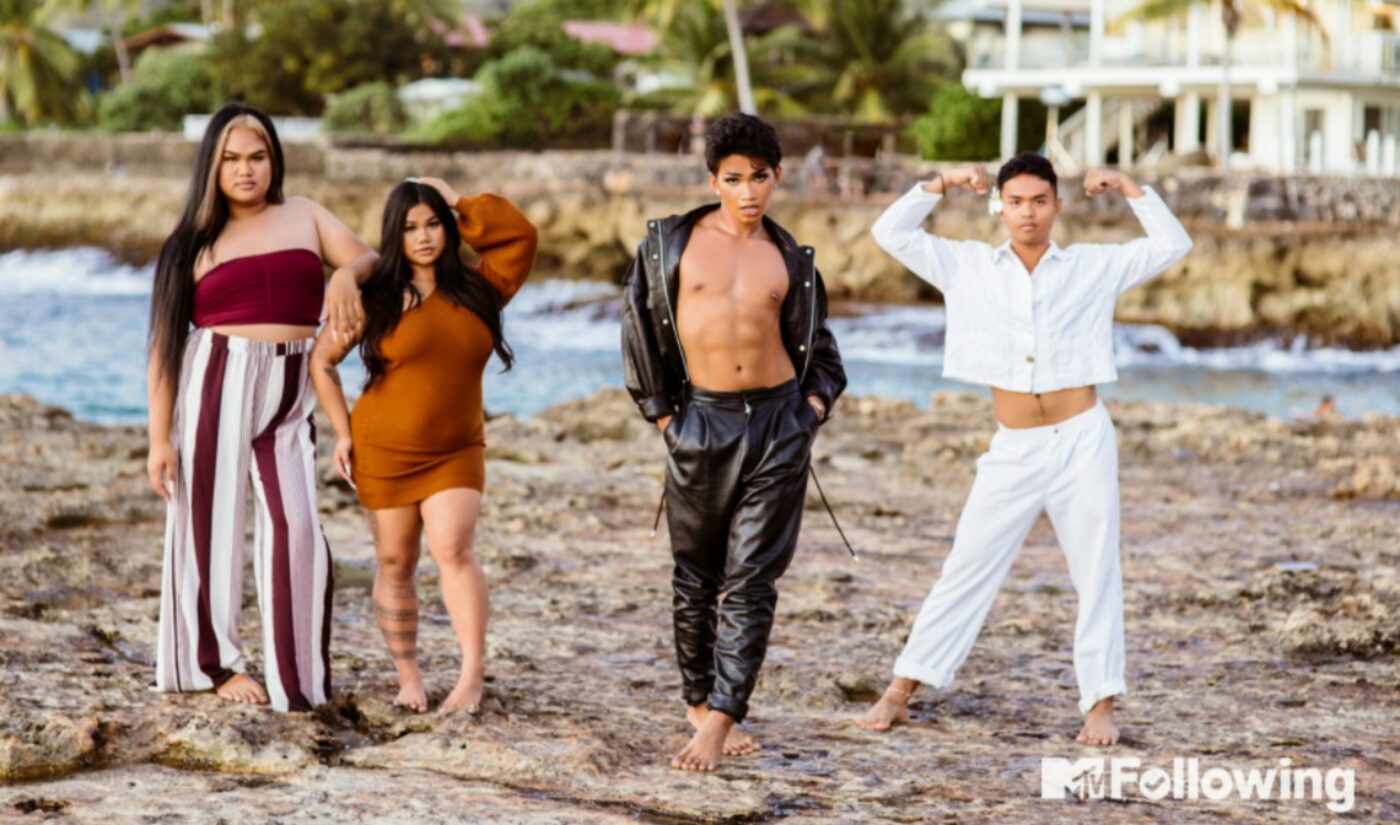 The series, dubbed MTV Following: Bretman Rock, will chronicle Rock’s life as he navigates new business ventures and day-to-day goings-on in his native Hawaii amid the coronavirus pandemic. It will also cover his mom’s impending move and the recent passing of his father. Six total episodes will roll out every Monday at 4 pm ET, featuring appearances from his cousin and personal assistant, Kieffer (pictured above, left) as well as his sister, Princess Mae (second from left).

Rock counts 35 million fans across all of his social platforms, including 8.1 million YouTube subscribers. In addition to beauty product collaborations with Morphe, Colourpop, and Wet N Wild, Rock also dropped his first eyewear collab with Dime Optics in November. He’s also flexed his acting chops on YouTube’s Escape The Night and inked a deal last summer with Ellen Digital Ventures to headline Bretman U, a digital series in which he will open mystery boxes containing props from different eras in history.

Rock regularly harnesses his platform for charity, including partnerships with the Ocean Conservancy, Make-A-Wish Foundation, and Act To Change.

MTV first announced its deal with Rock in Dec. 2019, following the success of two seasons of a digital reality series headlined by vlogger Tana Mongeau. That series was titled No Filter: Tana Turns 21, and Rock’s series was initially set to be part of the larger No Filter franchise, though now it will live under the ‘MTV Following’ banner.