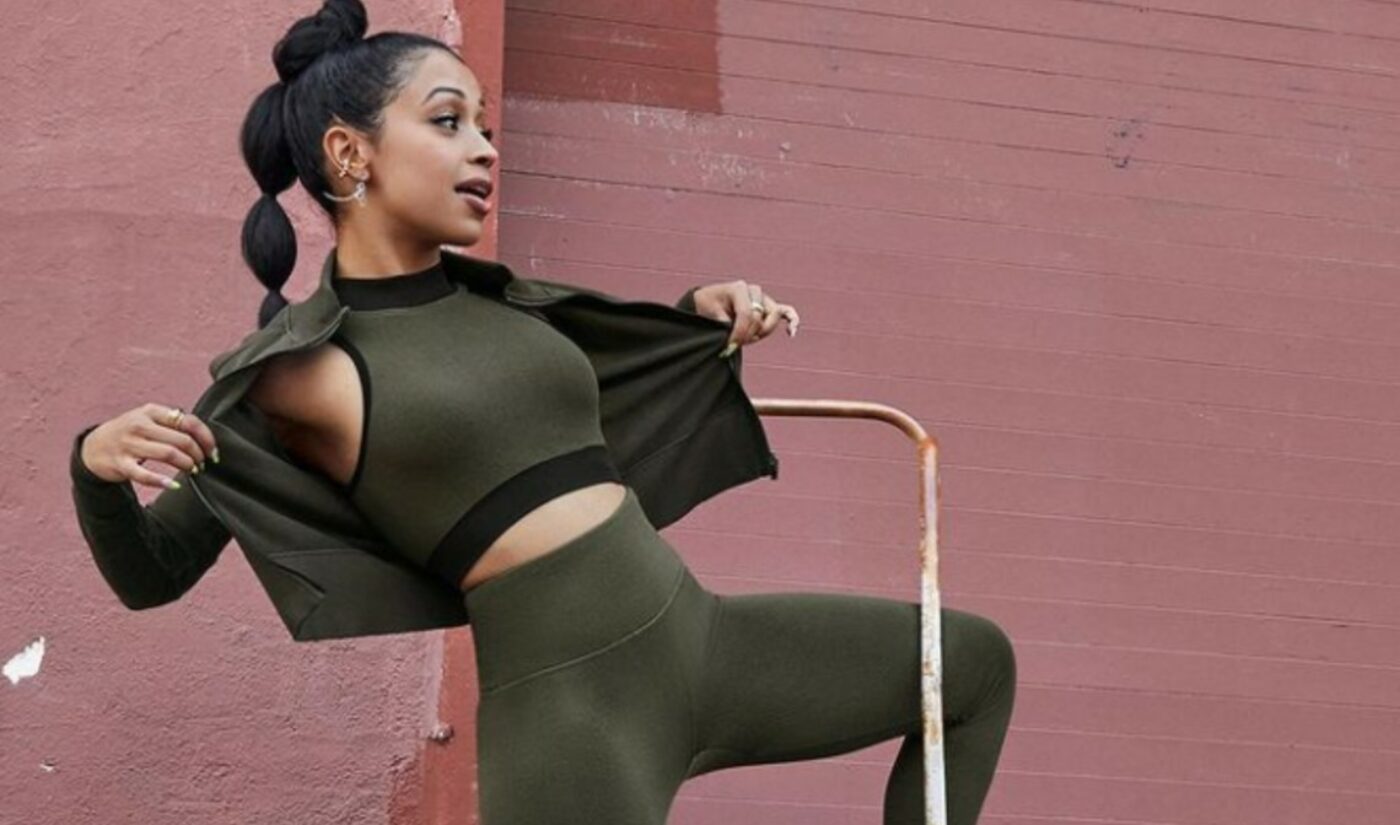 Mere months after the launch of her One For One makeup and skin care collection with C’est Moi Beauty, YouTuber-turned-actor Liza Koshy is delving into the fashion space with the debut of her own activewear line.

The limited edition collection, in collaboration with activewear brand Fabletics, comprises workout bras, leggings, and puffer coats — with each piece named for an influential figure in Koshy’s life, including her mother, sister, and friends. The designs are streetwear-inspired and customizable, Fabletics says, such as a convertible jacket, reversible sports bra, and adjustable pants. Items feature a neutral color palette accented by bright neon trims.

“After this last year, I know we all share a mutual goal of not going back, but rather moving forward with comfort and confidence,” Koshy said in a statement. “Thankfully, dressing for comfort became our new norm, and that’s exactly what we created for. I’m a big fan of how Fabletics empowers women to feel confident about themselves and their bodies.”

Liza Koshy for Fabletics launched on Jan. 1 on the Fabletics website as well as at physical retail stores across the U.S., with sizes ranging from xxs to 4x, and prices ranging from roughly $17.50 to $70. (Fabletics also enables consumers to pay for a subscription that gives access to lower prices).

Fabletics was co-founded by the actress Kate Hudson in 2013, and launches new collections monthly, with pieces sold in ten countries across the globe and at 50 retail storefronts across the U.S. Fabletics has previously pacted with other celebrities and influencers on limited-edition collections, including Demi Lovato and Maddie Ziegler.

Koshy introduced the collection with a new video on her YouTube channel (17.8 million subscribers, 12 million monthly views), in which she introduced a new fictional character named Deborah Lastname. After recently appearing in the Netflix dance film Work It and readying the third season of the YouTube Original Liza On Demand, 24-year-old Koshy signed an overall deal with Jada And Will Smith’s Westbrook Inc. in December.