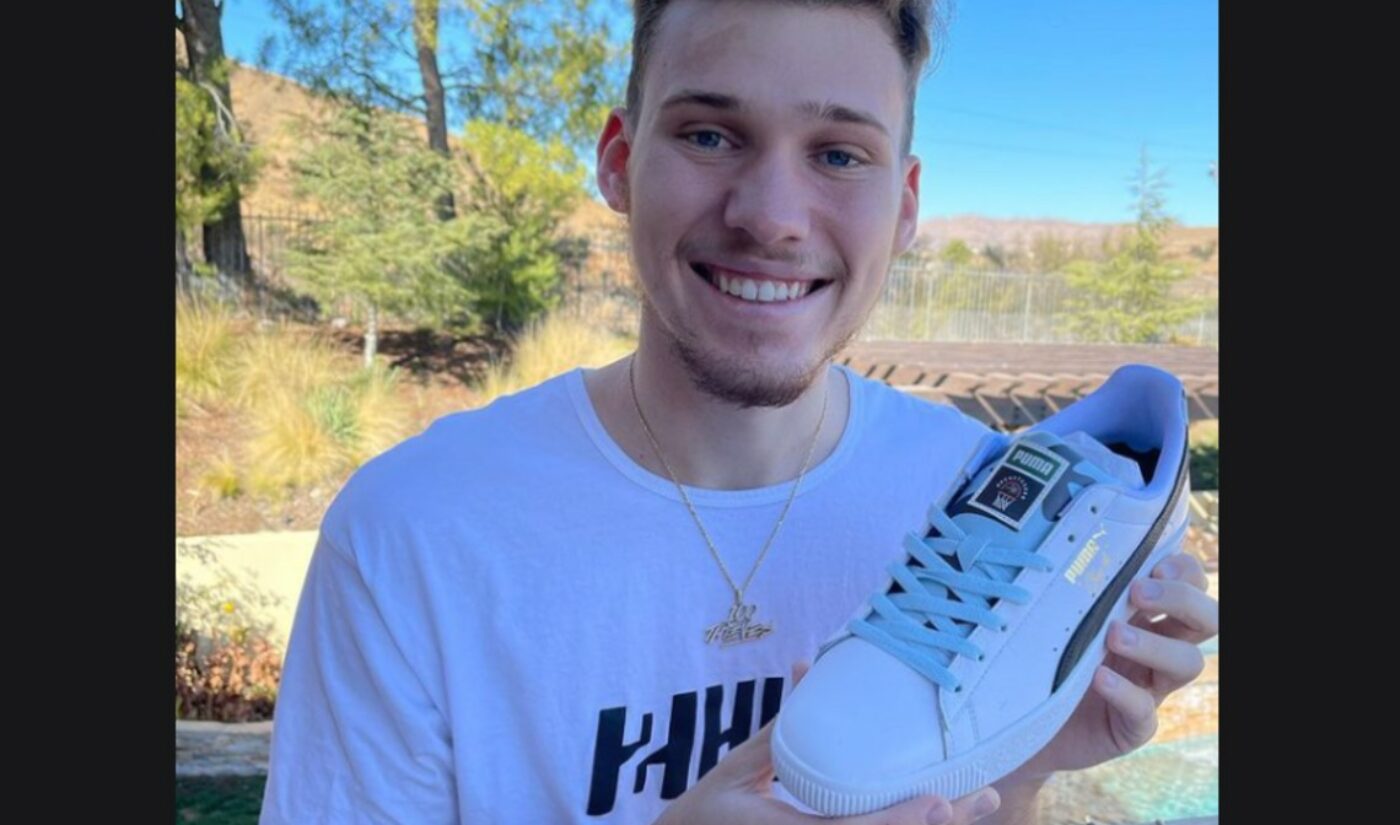 YouTube star Jesser, a member of the six-member basketball and challenge-focused YouTube collective 2HYPE (which just signed to esports org 100 Thieves), has partnered with athletics retailer Champs Sports and Puma on an exclusive shoe and apparel drop.

The Jesser Out of Control X Bucketsquad Collab — a limited edition box set comprising Puma Clyde sneakers that were designed by Jesser himself, a New Era hoodie and baseball cap, and JBL headphones — is priced at a cool $350. Out Of Control refers to a YouTube series that Jesser, whose real name is Jesse Riedel, has hosted on the Champs Sports channel for the past two years, while Bucketsquad is the name of Riedel’s merch line as well as his nickname for fans.

Only 100 total box sets have been created. In addition to becoming available on the Champs website today, a limited quantity also dropped yesterday on NTWRK — an ecommerce app startup that vends limited-edition products targeting Gen Z and millennial consumers. 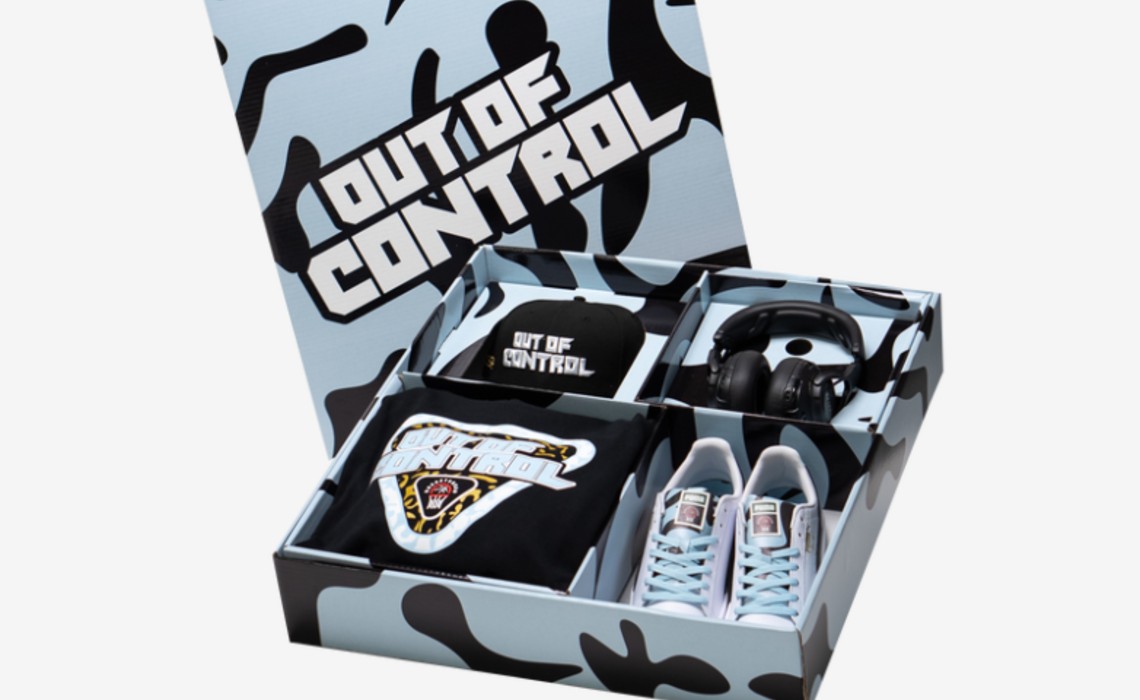 The Jesser Out of Control X Bucketsquad Collab.

In the Out Of Control series, Riedel faces off against pro athletes in various video games while showcasing Champs Sports gear. The show has amassed millions of views and an engaged fanbase, Champs says, and so it sought to fete the conclusion of season two with a product drop of Riedel’s own. The deal was brokered by Dan Levitt at Long Haul Management.

“Champs Sports is thrilled to take our partnership with Jesser to the next level by collaborating on a capsule collection to celebrate the season two finale of our hit show, Out of Control,” Champs tells Tubefilter in a statement. “Fans will get the chance to cop a limited edition kit that celebrates the show and speaks to Jesser’s success and gratitude towards those day one fans who made this all possible.”

You can check out the video reveal on Riedel’s personal YouTube channel, which counts 3.3 million subscribers and 15 million monthly views, below: