In A First, Walmart To Host Live Hourlong Shop-A-Thon Tonight On TikTok 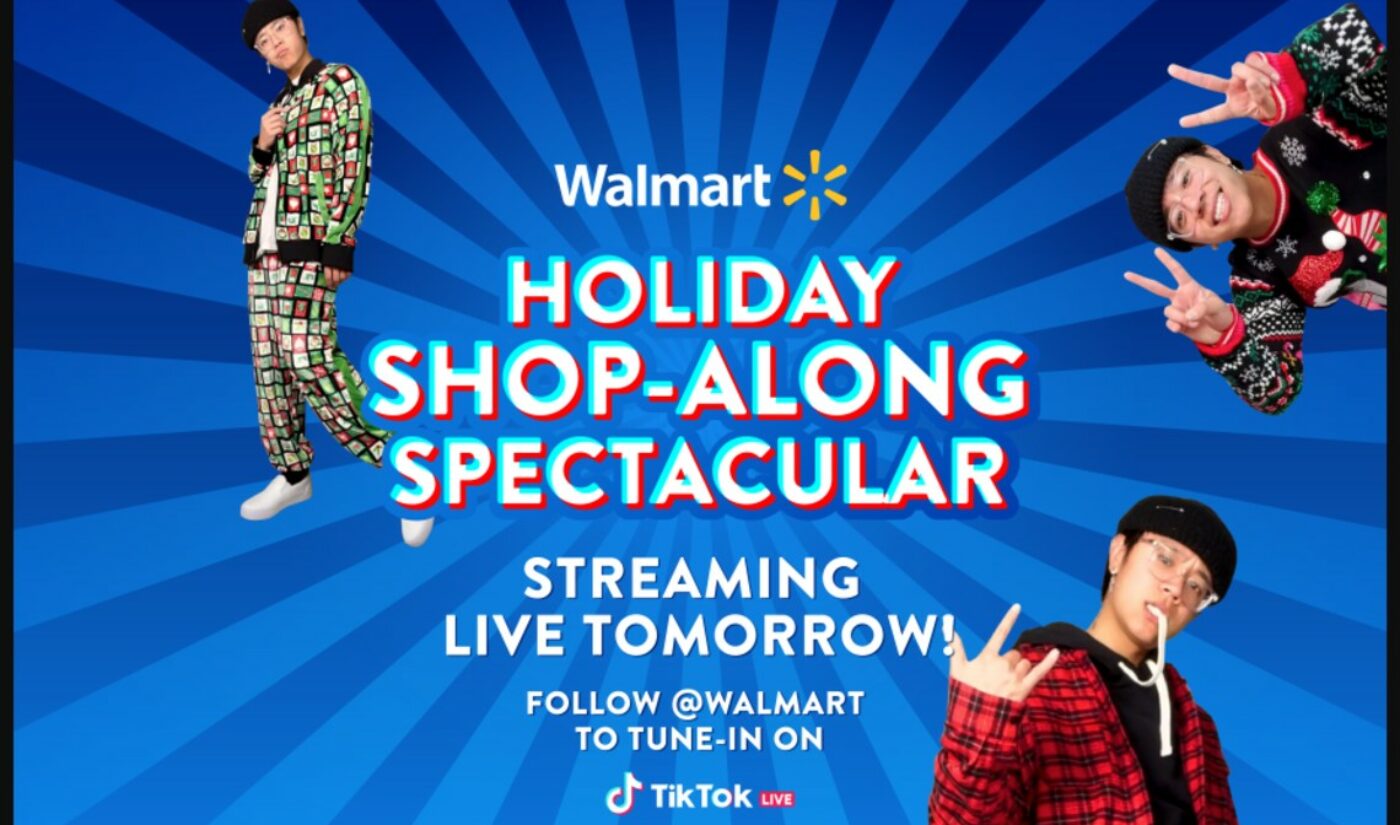 Walmart is taking its relationship with TikTok to the next level.

After running hashtag challenges on the buzzy video network — and even seeking to take an equity stake in the Bytedance-owned app alongside Oracle — Walmart said that it would host a first-of-its-kind, shoppable live stream tonight in honor of the holidays. Walmart is calling the event the Holiday Shop-Along Spectacular, and has piloted the format in collaboration with TikTok.

“During a Walmart livestream, the TikTok community can shop for Walmart fashion items featured in content from some of the app’s most popular creators without ever having to leave the platform,” Walmart CMO William White wrote in a blog post — “a first on TikTok in the U.S.”

The stream, which will live on Walmart’s profile, will feature 10 creators — including dance phenom Michael Le (43 million followers) — who will be showcasing their favorite Walmart fashion items. Products will hail from brands like Champion, Jordache, Kendall + Kylie, and Walmart-owned labels like Free Assembly, Scoop, and Sofia Jeans. Viewers will be able to add items to their carts —  via clickable pins that will appear on stream — and be able check out without leaving the stream.

AdAge reports that TikTok hosted a shoppable live stream with Gen Z and millennial-focused sneaker and streetwear purveyor NTWRK in August — though the Holiday Shop-Along marks its first collaboration with a major U.S. retailer.

Earlier this year, after the Trump administration mandated that TikTok sell its U.S. operations, citing security concerns, Walmart and Oracle sought to take a collective 20% stake in the company. The deal would also see the creation of a new company, TikTok Global, that would be majority-owned by American investors and undergo U.S. public offering within 12 months of the sale. The Trump administration approved that bid in September, but has yet to finalize it. At the same time, two federal judges have also blocked the Trump administration’s proposed TikTok ban, leaving TikTok’s fate uncertain — and likely to be decided by the incoming Biden administration, per AdAge.

TikTok has increasing experimented with ecommerce products in recent months, including its Hashtag Challenge Plus ad format and an ad integration with Shopify. And Walmart, for its part, has sought to ramp up its social media efforts with Spotlight — a new program where it compensates salaried employees (and perhaps eventually hourly workers) for posting to their personal social accounts.