After 6 Years, YouTube Supergroup O2L Reunites In The Name Of Charity 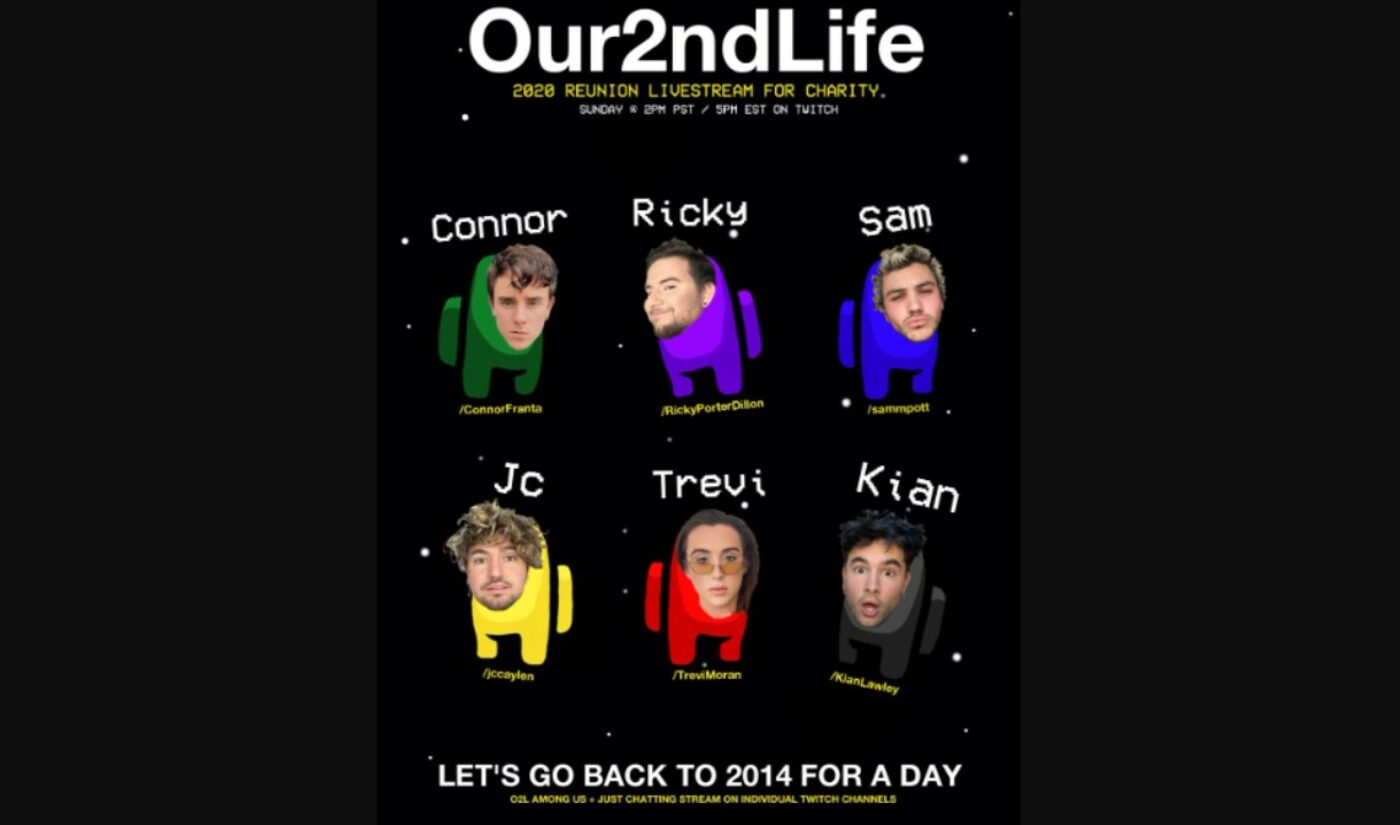 Jake Paul’s contentious claim last month that he built YouTube’s first content house with Team 10 brought one of the space’s forebearers into the spotlight — the now-disbanded supergroup known as Our2ndLife (O2L).

O2L — which comprises Connor Franta, Ricky Dillon, Sam Pottorff, JC Caylen, Trevi Moran, and Kian Lawley — is widely considered one of YouTube’s first big creator collectives, having spawned, at the height of their fame, a live tour and accompanying documentary. And though the group disbanded in 2014 to pursue solo careers, they reunited yesterday — though on Twitch, not YouTube — to play the popular multiplayer social deduction game Among Us. “Let’s go back to 2014 for a day,” read various teasers that the group posted on social media ahead of the event.

The reunion was entirely in the name of charity. And, according to O2L, it was a smashing success in this respect — raising $30,000 for The RightWay Foundation, a nine-year-old charity that partners with foster youth who are transitioning into the workforce with programs that address past traumas and promote healing and self-sufficiency in adulthood.

Even after the group ceased creating content collectively, its members have gone on to pursue various ventures independently. Dillon, for his part, has stepped behind the camera to edit videos for YouTube heavyweights like The Dolan Twins and Colleen Ballinger, while Caylen and Lawley launched a Big Brother-style competition series called The Reality House. Moran came out as transgender in June, while Franta continues to pursue photography and social activism.

You can check out O2L’s reunion teaser below: