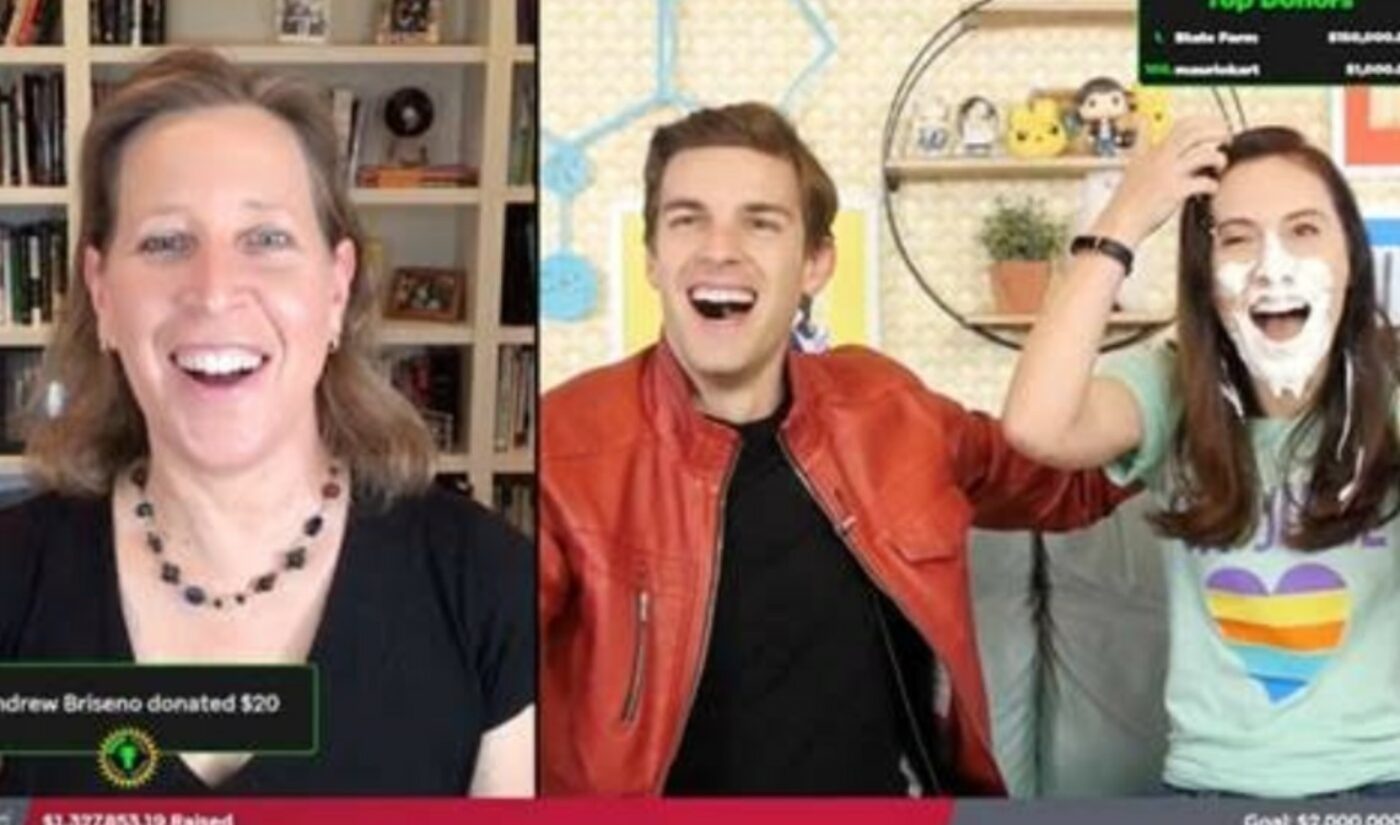 The Game Theorists have substantially upped their #GivingTuesday fundraising game.

The gaming analysis channel, hosted by married creator duo Matthew and Stephanie Patrick, raised a staggering $3 million — and counting — for St. Jude Children’s Research Hospital over the course of a nine-hour YouTube stream yesterday that featured appearances from over 30 fellow creator luminaries.

The initial fundraising goal for the campaign to fund childhood cancer research was $1 million — which was roughly how much The Game Theorists raised last year during their inaugural #GivingTuesday stream for St. Jude (that broadcast raised $1.3 million, to be exact). This year’s stream — featuring a robotic haircut, IQ trivia challenge, and various giveaways that required donations to enter — easily blew past that tally. The Game Theorists are still accepting donations on the watch page of yesterday’s stream, meaning that the figure will continue to grow.

The $3 million tally also means that The Game Theorists have shattered a record previously set by frequent St. Jude partner DrLupo for the most money raised within a 24-hour period. In December, Lupo raised $2.3 million during a Twitch broadcast.

Across all four of their YouTube channels, The Game Theorists count over 25 million subscribers and nab 100 million monthly views. You can check out a replay of the nine-hour stream below, or donate directly to the campaign through Tiltify right here.