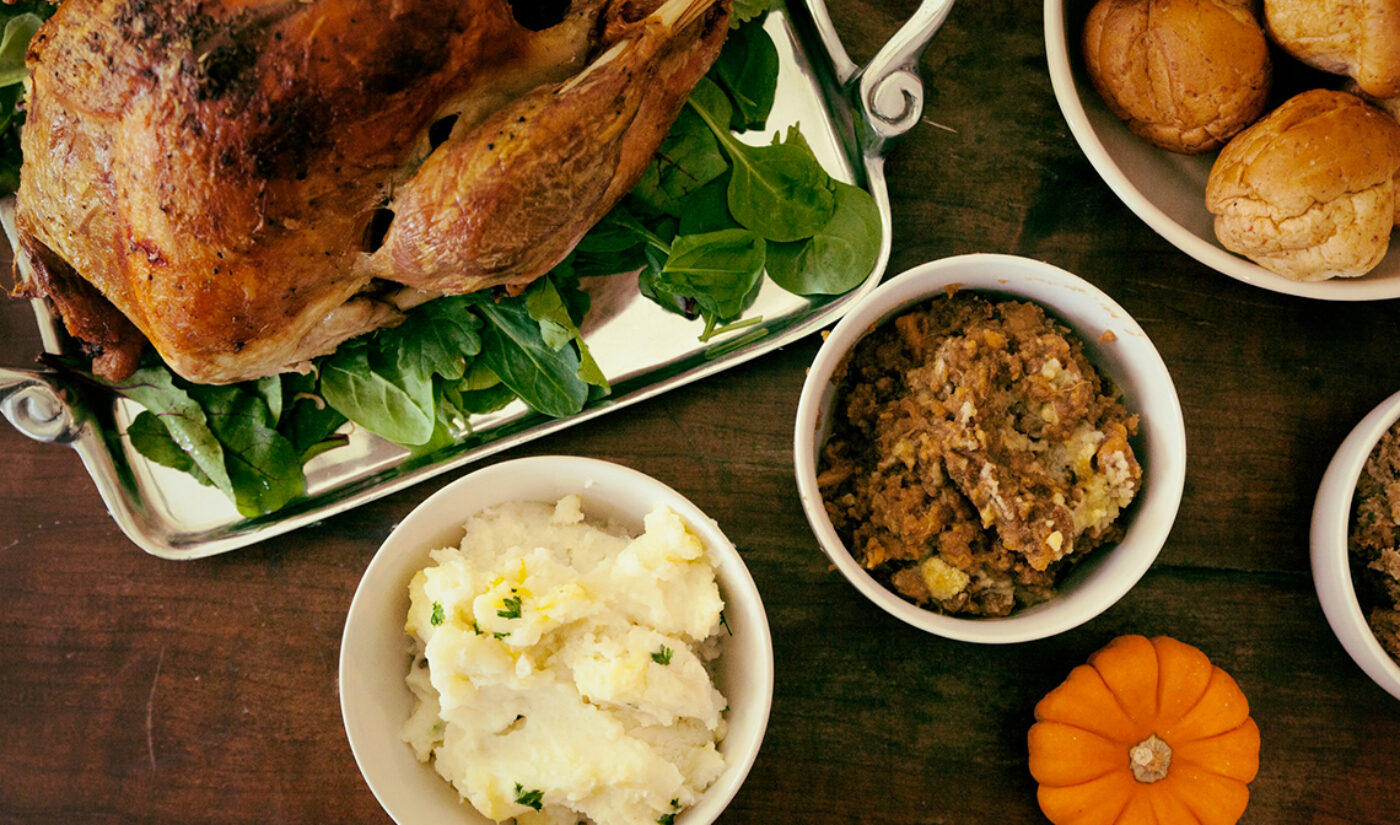 Plenty of holidays heavily feature food, but more than any other, Thanksgiving revolves around cooking. So, it’d seem to be a natural fit that in November, food publishers on social video would lean into content around Thanksgiving recipes.

Data from Tubular Labs, however, shows that apparently wasn’t the case this year–at least for the top creators.

Tasty uploaded over 1,400 videos on Facebook in November (as of Nov. 24), for a total of 971 million views. But just 5% of those views actually came from holiday- or Thanksgiving-focused content. The top holiday video was How to Cook Your Own Campsgiving Feast (12.0 million), yet most of the other top-performing Tasty videos in November were unrelated to the holiday season at all. Even among holiday-related videos, Christmas-focused baking appeared to be a wider focus than Thanksgiving meals, with six different Christmas-themed videos getting at least 3 million views each.

At Taste Life, the publication was even less focused on Thanksgiving or the holiday season overall, with just one Facebook video specifically tailored to either: Deep-Fried Turkey with Dressing Balls and Gravy (2 million views). Tastemade also didn’t lean too heavily into Thanksgiving and holiday videos from a views perspective, with about 10% of uploads focused on the holidays but less than 2% of the views coming from those videos.

Delish chose to emphasize Thanksgiving-related content in the back half of the month, resulting in a major spike in views for the week leading up to the holiday. The 35 holiday-themed videos it uploaded brought more than 90 million in the seven-day stretch before Thanksgiving (out of 201 million views total). Delish’s most popular Thanksgiving video was How to Make Cranberry Brie Bites (5.8 million views).

So Yummy differed from other digital-first creators’ strategies, since they opted for fewer videos overall–just eight uploads in the month–that amounted to over 76 million views. Only two of those were specifically Thanksgiving or holiday-focused, led by Fall in Love with These 10 Easy Thanksgiving Treats (6.2 million views).

For one food-focused cable network, there appeared to be a slightly different approach. On Facebook, Food Network had nearly 90 videos (32% of uploads) revolving around either Thanksgiving or the holiday season in general. Those videos generated about 36 million views, or 25% of its cumulative total for the month of November. Food Network’s top holiday video was How to Make a Butter-Blanketed Turkey, which brought more than 7.1 million videos after first appearing back on Nov. 3.

Food Network’s parent company, Discovery, also owns the Cooking Channel, which is not as active on social video, but still utilizes Facebook to share various recipes, some of which have tie-ins to TV programming. Cooking Channel uploaded just three videos directly related to Thanksgiving, and none about the general holiday season. Those videos only amounted to less than 3% of its total views for the month.

With quarantines ramping up and Thanksgiving plans seemingly toned down compared to most years, it would make sense that audiences were less anxious to dedicate the same time and effort they normally would to holiday meals. Yet despite not necessarily leaning heavily on this content, food publishers still appeared to find ways to engage with viewers in the leadup to turkey day.