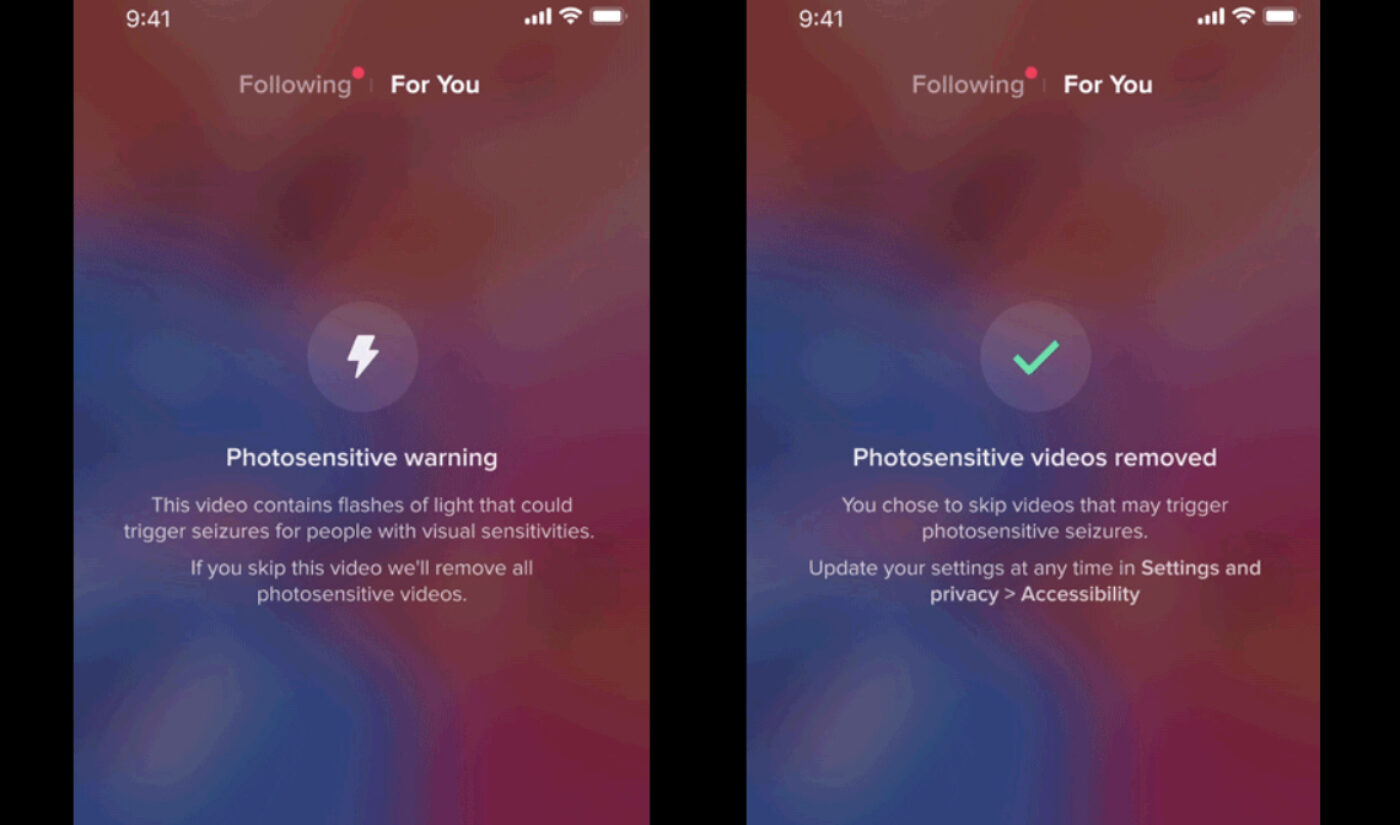 The feature apparently can’t be toggled on/off in users’ profiles. Instead, TikTok said in a blog post, “viewers who come across a photosensitive video will receive a notification inviting them to ‘Skip All’ future photosensitive videos.” (Tubefilter has reached out to double-check that the feature cannot be turned on without users first encountering a triggering video. We’ll update this story with any new information.)

This is the second photosensitivity feature TikTok has introduced after consulting with advocacy organizations including the Epilepsy Foundation, Epilepsy Society, Epilepsy Toronto, Epilepsy Ireland, the Korea Bureau for Epilepsy, and the Japan Epilepsy Association. The first feature, released a few months ago, warned creators when they produced videos with effects—like flashing lights between 3 and 60 hertz or black-and-white geometric patterns—that could trigger photosensitive viewers.

According to Epilepsy Society, one in 100 people has epilepsy, and about 3% of people with epilepsy are photosensitive. Photosensitivity is more common in young children and teenagers—aka TikTok’s core user group.

“What some people may not recognize is that for someone living with photosensitive epilepsy, the internet is a particularly difficult and dangerous space to navigate,” Geoff Bobb, executive director of Epilepsy Toronto, said in a statement. “There is no way to know when you might come across content that contains flashing images or lights that will trigger your seizure, and that’s scary. We are thrilled to hear that TikTok is taking this important step to help make their platform a safer, and more inclusive space for those living with epilepsy.”

TikTok added that the photosensitivity features are part of its “long-term goal to become the most inclusive and accessible online platform.” It plans to introduce more in the future.