Jacksfilms Will Take On Fellow YouTubers In ‘YIAY: The Board Game’ For Charity Live Stream 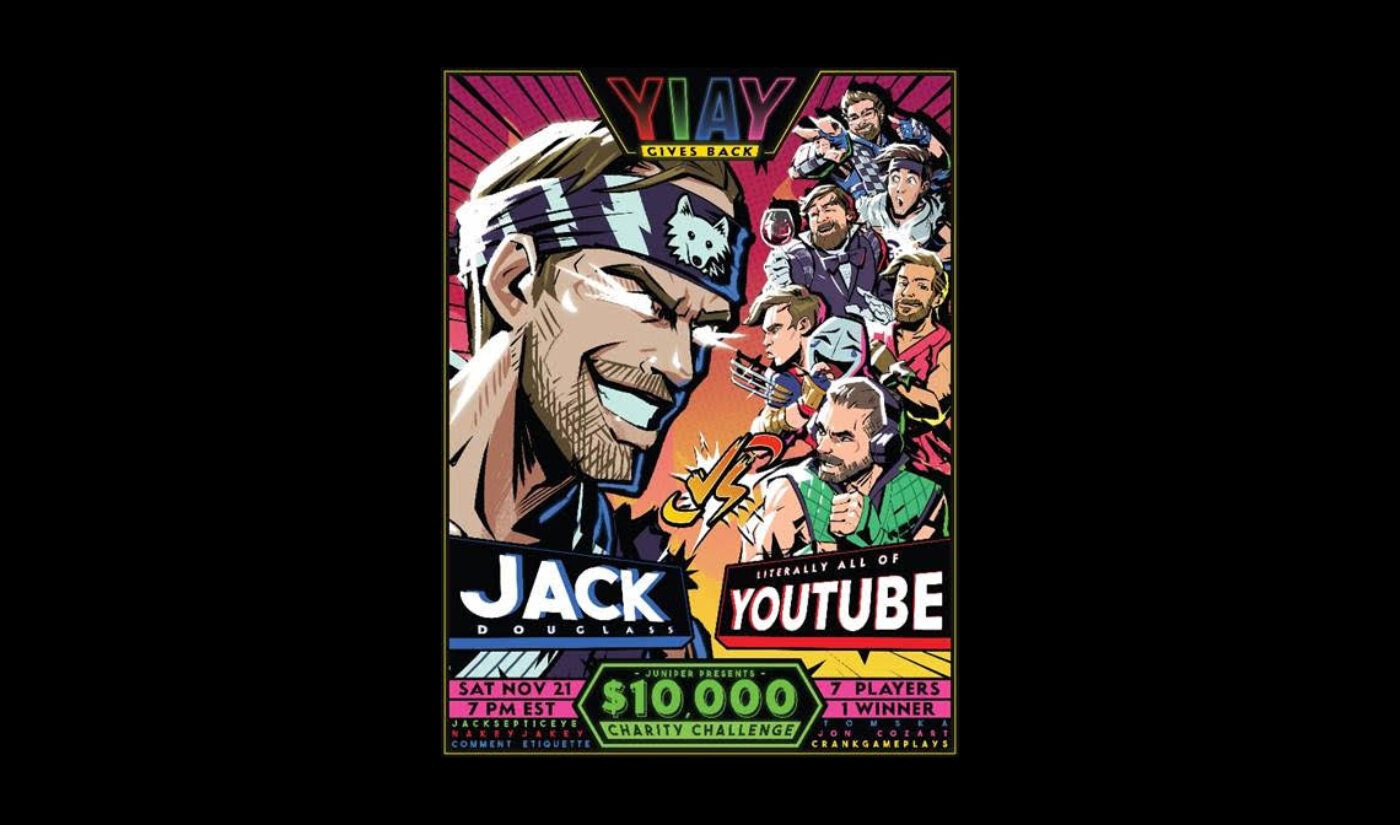 This weekend, Jacksfilms will take on “literally all of YouTube” in a livestreamed YIAY: The Board Game showdown.

The YIAY Gives Back stream will feature jacksepticeye (25.6 million subscribers), CrankGameplays (1.91 million), Internet Comment Etiquette with Erik (987K), NakeyJakey (1.63 million), Jon Cozart (4.71 million), and TomSka (6.67 million) doing their best to outwit Jack Douglass (4.71 million) at his own game. YIAY: The Board Game is based off Douglass’ long-running YouTube series Yesterday I Asked You; it’s currently being Kickstartered, and with 11 days to go in the campaign, has raised $164,000 of a $10,000 goal.

Douglass and his competition will play rounds of the game where they must answer questions–usually with a twist, like they’re required to draw their response, must write it in a riddle, etcetera–and whoever has the funniest answer wins. As with previous YIAY live streams, viewers will get to vote in real-time to decide which YouTuber wins each round.

The event’s overall winner will receive a $10,000 donation to the charity of their choice. That donation comes from custom merch-maker Juniper, the producer of YIAY: THe Board Game. Viewers can also donate during the stream, and those funds will go toward the winner’s chosen charity, too.

“I am so proud of what YIAY has become,” Douglass said in a statement. He added that he and his team have spent the past year working on the official board game. “The YIAY series I started on YouTube was so fun for me because it let me build something with my community. With the board game, people can create that same experience with their friends and family. Giving back to charity is the icing on the cake.”

The stream will kick off Nov. 21 at 7 p.m. EST on Douglass’ Twitch channel.