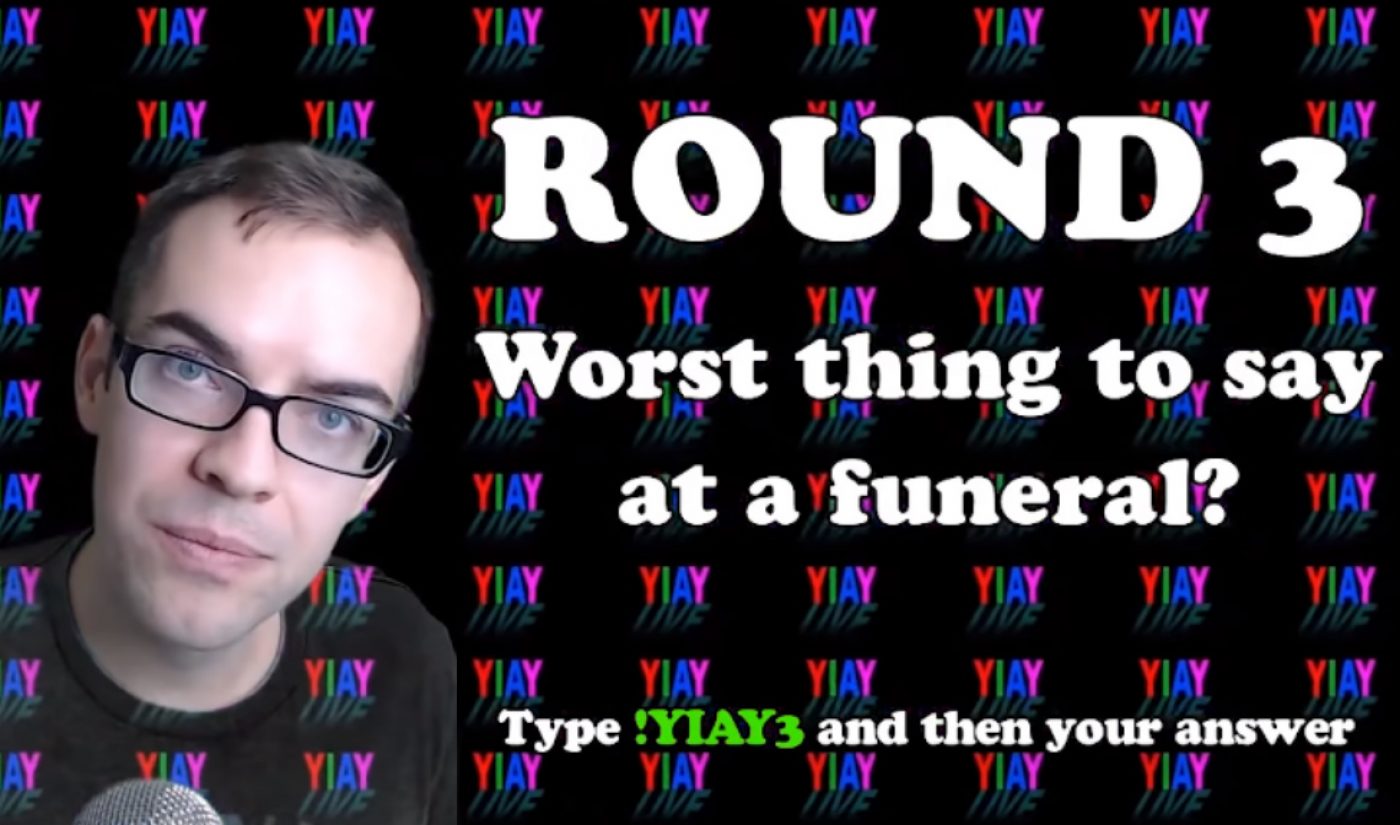 After 440 episodes, YouTuber Jack Douglass is taking his hit video series Yesterday I Asked You (aka YIAY) live — and hosting it on Twitch.

Douglass, whose YouTube channel JacksFilms has nearly 4.4 million subscribers, has been putting out primarily YIAY videos since 2015. (However, his biggest video is still The WTF Blanket, the Snuggie parody that went massively viral in 2009 and has more than 24 million views to date.) The premise is simple: in each video, he asks viewers to answer a question, and in the next video, he reads out the best/weirdest answers — then asks another question.

YIAY Live, for which the tagline is ‘Stupid Answers To Stupid Questions,’ will work similarly, but in a game show format. Douglass, of course, will host, and each show will comprise five rounds, with one question per round. For the first four rounds, anyone watching on Twitch can answer  questions in Twitch chat. Douglass will then choose his five favorite answers, and viewers will vote to pick their favorite out of those.In the last round, the four winners from previous rounds will go head-to-head in answering a fifth question, and another viewer poll will crown the ultimate champ.

Douglass said he chose to host YIAY Live on Twitch because “I can’t do it on YouTube,” he said in the show’s announcement video. “The technology simply isn’t there. Twitch chat has a ton of stuff built in, like command prompts that help me find your answers easier, and this beautiful voting system that is so simple you literally just type in the number.”

Winners will generally receive one free item of their choice from Douglass’ merch shop, but Douglass said he’s keeping YIAY Live open to sponsors, and prizes may include their merchandise. (A glimpse at potential episode sponsors: Douglass specifically mentioned LG’s tech products and MVMT Watches.)

Douglass will still be posting YIAY videos on YouTube, but plans to host YIAY Live “a couple of times each week.” The first YIAY Live episode will stream this Friday, Aug. 31, at 9 p.m. EST, from twitch.tv/jacksfilms.

Non-video game content has been a focus for Twitch as it looks to entice more YouTube creators and expand beyond the large and passionate –albeit niche — gaming fanbase. More recently, it’s courted creators like transgender lifestyle vlogger Gigi Gorgeous, Will Smith (yes, that one), and has nabbed deals with YouTuber Tanner Braungardt — known for his prank videos — and the NBA. Twitch also has an eye on other popular video verticals (like fitness), and is bringing in longstanding media companies as partners, including the Amazon-owned The Washington Post.