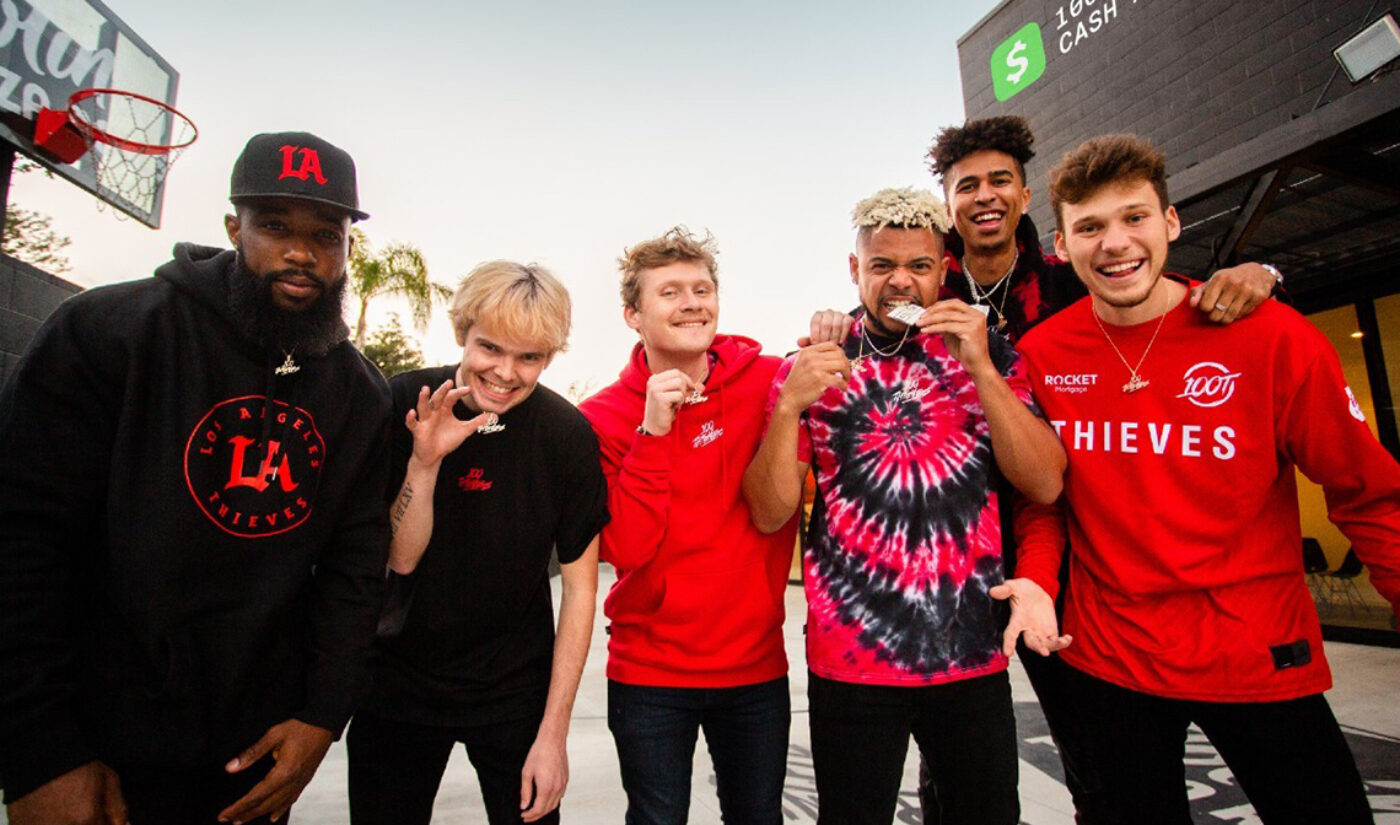 2HYPE, based in Los Angeles, comprises YouTubers CashNasty (3.88 million subscribers), Jesser (3.29 million), Jiedel (1.08 million), Kristopher London (2.41 million), Moochie (534K), and ZackTTG (1.03 million). As they told us earlier this year, each member of 2HYPE got their start as a solo YouTuber, and (save Jesser and Jiedel, who are brothers) ended up meeting the others through a shared love of games like NBA 2K. In 2019, they launched an official collaborative 2HYPE channel, and since then have uploaded weekly gaming and/or sports-themed videos starring all six of them. The channel hit one million subscribers in May, and is now at nearly 1.5 million. It brings in more than 15 million views per month.

As part of 100 Thieves, 2HYPE will have access to the org’s resources for video production, sales and brand sponsorships, and merch development. 100 Thieves–which runs numerous esports teams, has a streetwear brand, and counts nearly 50 digital creators–will “assist on the production and branding side, while allowing 2HYPE creative freedom,” it says.

“The deal really blossomed because of mutual respect,” Dan Levitt, founder and CEO of Long Haul Management, tells Tubefilter. He’s repped members of 2HYPE since 2017, and brokered their agreement with 100 Thieves.

London has known Nadeshot, 100 Thieves’ founder, for some time, and the two began discussing a potential signing in August, Levitt says.

In the immediate future, 2HYPE viewers can expect to see video production values go up, and see more sponsorships, Levitt adds. He says that over the past few months, 2HYPE and individual members have been “crushing it” with brand sponsorships, and their sports content has been featured on programs like SportsCenter: Top 10 Plays.

“We really saw an uptick in demand” as live sports were impacted by the COVID-19 pandemic, he says. “For some of them there’s been unprecedented deal flow.”

In a statement, Jesser said that 100 Thieves “is an organization that the collective team has always looked up to and aspired to be a part of. With a similar mission and goals, I could not think of a better fit for us.”

You can see the duo’s announcement video below: