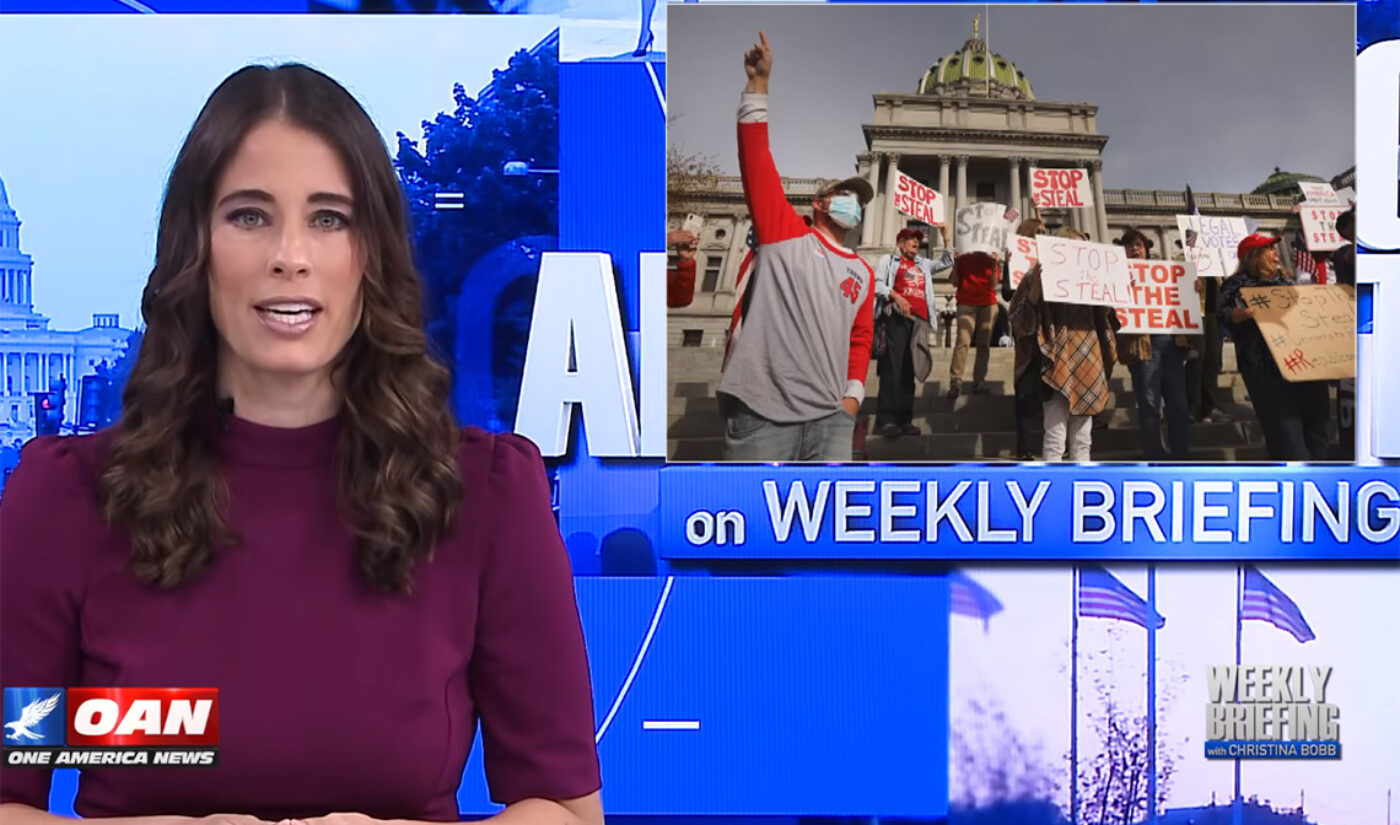 One America News Network and Newsmax, two right-wing YouTube “news” channels Donald Trump has been pushing since Fox News lost his favor by accepting that Joe Biden won the 2020 election, are among those noticeably gaining viewership on the platform.

Independent research project Transparency Tube told The New York Times that following the election, watch time for fringe, right-wing channels pushing Trumpian election fraud conspiracies has gone up significantly. Simultaneously, Fox News’ share of conservative viewership has dropped, it said. According to its data, in September and October, Fox’s channel accounted for about 17% of views earned by all “Partisan Right” content on YouTube. In the week post-election, that share decreased to 13%.

For OANN (1.14 million) and Newsmax (1.29 million), we looked at daily view counts to see how the channels’ engagement has risen post-election, with Trump now regularly mentioning them on Twitter.

This is why @FoxNews daytime and weekend daytime have lost their ratings. They are abysmal having @alfredenewman1 (Mayor Pete of Indiana’s most unsuccessful city, by far!) on more than Republicans. Many great alternatives are forming & exist. Try @OANN & @newsmax, among others! https://t.co/ewHE8GBRNy

A YouTube spokesperson told the outlet that its “most popular videos about the election continue to be from authoritative news organizations.” They added that, “A number of factors can influence viewership for channels: for example, a sudden increase in media coverage, attention from public figures or off-platform social sharing.”

YouTube further said that 88% of videos in the top 10 results for election-related searches come from “high-authority news sources.” OANN, Newsmax, and other channels like them are not considered authoritative sources, it said.

This is not the first time YouTube has addressed OANN. Just after Election Day, when OANN began uploading videos that reported Trump had won and mail-in voting was riddled with fraud, the platform clarified that the election misinformation policies it has been touting all year only apply to “false claims that could materially discourage voting.” OANN’s videos didn’t “rise to that level,” it said.