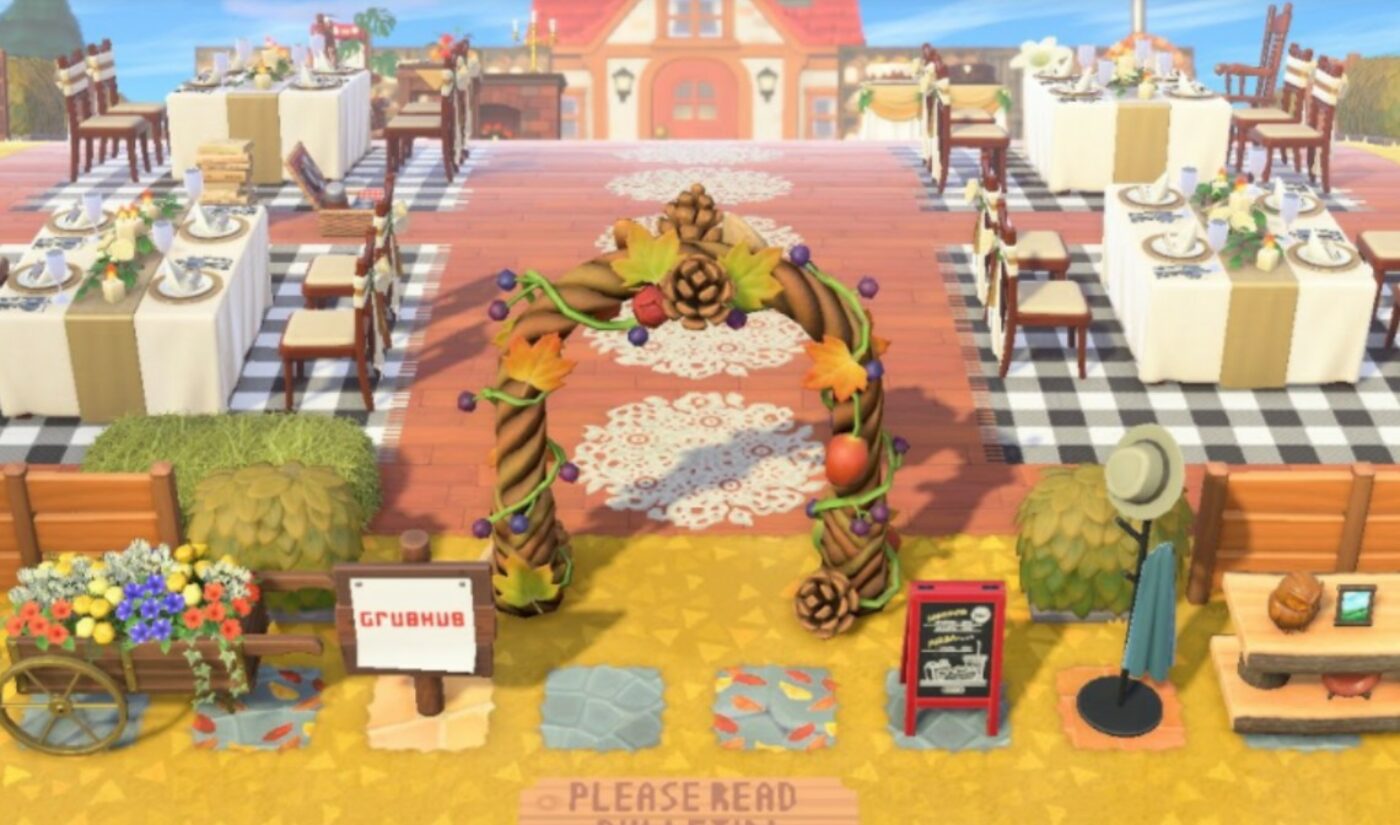 With Thanksgiving slated to look vastly different this year as coronavirus cases surge nationwide, Grubhub — the food delivery app — is collaborating with the hit Nintendo game Animal Crossing, as well as a group of top influencers and celebrities, to help players feel a bit more festive.

It’s a savvy promotion with IRL gatherings on pause, and the open-ended social simulation game — in which players live in a village with other creatures while carrying out myriad day-to-day tasks — serving as an ideal venue for virtual communion.

The so-called ‘friendsgiving’ promotion will invite players to share their island names on Twitter while tagging #GrubhubIsland to potentially win a virtual visit from avatars fashioned after Addison Rae (69 million followers) and musicians T-Pain and Jason Derulo. in Animal Crossing. In addition to delivering special in-game items, Rae, T-Pain, and Derulo will also be engaging in Q&A live streams with fans — set for Friday, Saturday, and Sunday, respectively — that will live on Grubhub’s YouTube channel.

Furthermore, popular Animal Crossing streamers like CrankGameplays (1.9 million subscribers) and IGumDrop (203,000 Twitch followers) will also be virtually visiting different players’ Animal Crossing islands from Nov. 22 to 25 with Thanksgiving-themed treats in tow, including candy, pumpkins, and other hard-to-find items. In order to be eligible for a visit, players must again tag the name of their islands alongside the #GrubhubIsland hashtag on Twitter.