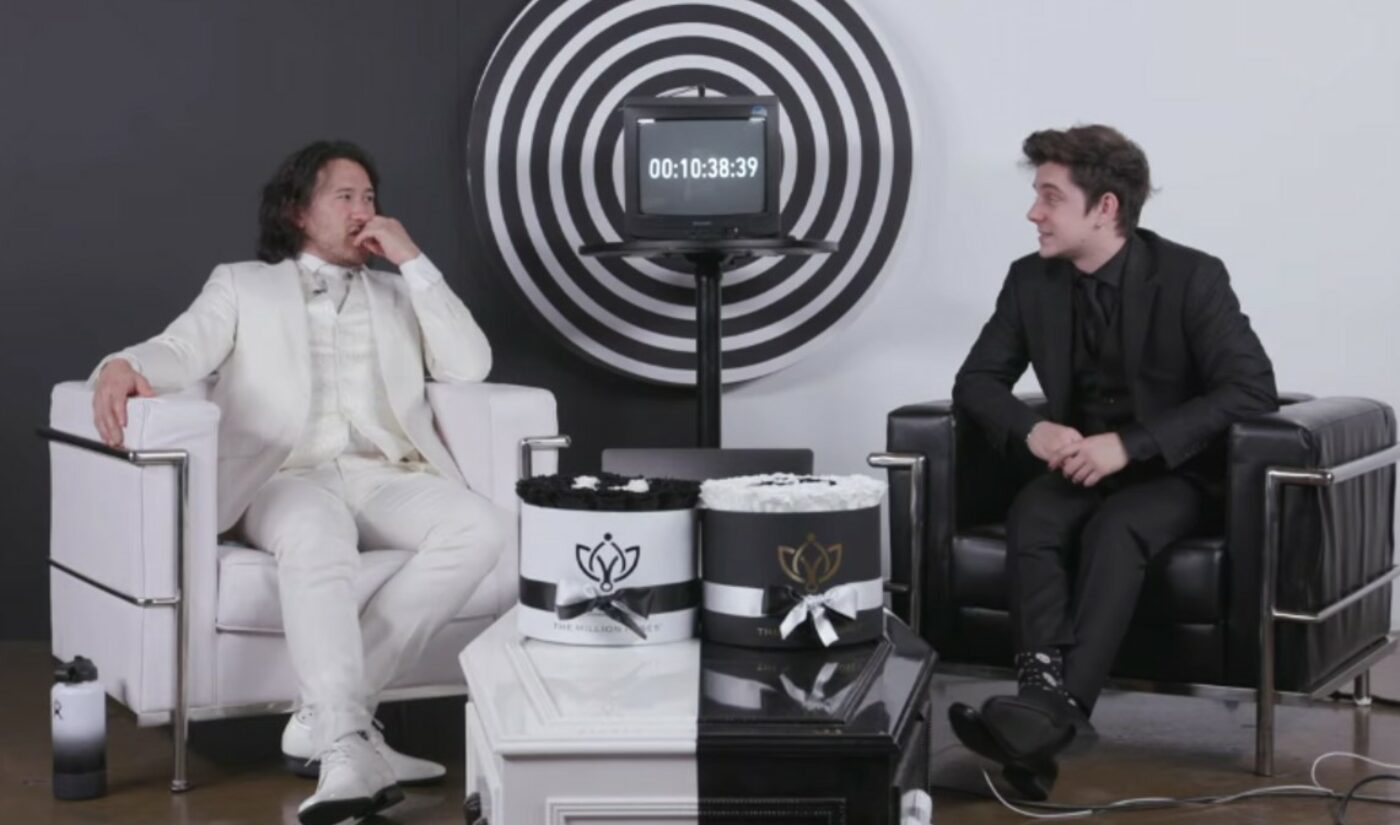 After a staggering 365 videos — one posted each day for the past year — the Unus Annus experiment has come to an end.

The channel concept — a self-destructing vlog helmed by Mark ‘Markiplier’ Fischbach and his longtime friend and former editor, Ethan ‘CrankGameplays’ Nestor — will be deleted in its entirety, including every single video, later this evening.

Unus Annus — Latin for ‘one year’ — saw the duo uploading a new video every day for an entire year. In an announcement video last November, the guys said the experiment sought to illuminate the fleeting nature of existence, in their bid to make the most meaning of the limited time we all have. “Do not archive or re-upload anything,” reads the description box of a Goodbye live stream (below), which is set to conclude at 3 am ET alongside the channel’s termination. “This is our last wish. Our parting gift. Stay true to the purpose of our final year or we shall lay down wrath upon those that attempt to escape the end.”

Unus Annus is something of a staggeringly consistent achievement, particularly in a pandemic year. The channel has amassed 4.4 million subscribers and has recently been nabbing roughly 80 million monthly views. Some of its biggest hits include a James Charles collab, cupping experiments, and an escape room attempt. Perhaps most impressively, none of the videos on the channel has received less than 1 million views.

You can check out the Goodbye stream, which has roughly 675,000 viewers tuning in as the guys look back at their year in videos, below. The duo are also vending the final drop of their Unus Annus merch range right here.

In the absence of Unus Annus, Fischbach and Nestor will forge onward with their individual channels, which count 27.4 million and 1.7 million subscribers, respectively.