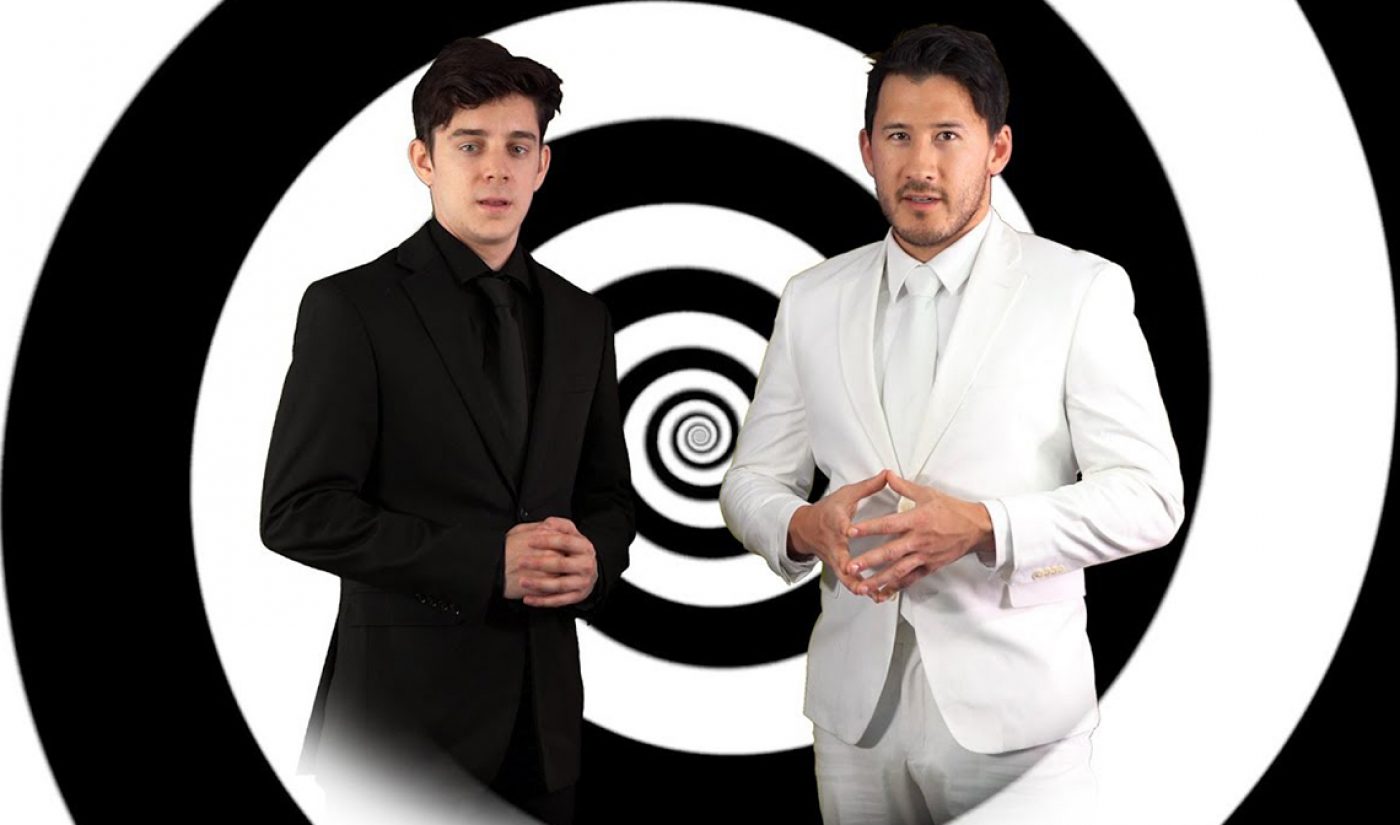 This past weekend, the creator duo unveiled Unus Annus, a new YouTube channel where they’ll upload one video per day for an entire year.

And then, when that year is up, they’ll erase it from existence.

“Death comes for us all, and I am no exception,” Markiplier (whose real name is Mark Fischbach) says in the project’s announcement video. (That video, which has 2.7M views so far, was uploaded to his main channel, where he has 24M subscribers and nets an average of 140M views per month.) “Ethan is no exception. And this channel is no exception. In exactly one year, we will be deleting it, along with every single video on it. But in that year we have left, why not make some memories? Join us, or don’t, but in the end, you won’t have a choice. Memento mori. We’ll see you on the other side.”

Over on Unus Annus, the duo posted a second introductory video, reassuring viewers that they won’t stop uploading on their individual channels, and that those channels won’t be deleted, only Unus Annus. (Nestor runs CrankGameplays, which has 795K subscribers.) They added that Unus Annus videos won’t be saved at all, and will never be reuploaded.

In the three days since Unus Annus’ launch, the channel has netted an impressive 944K subscribers. Its first five videos also have impressive numbers attached: Fischbach and Nestor’s introductory video (above) has 3.4M views; Cooking with Sex Toys has 1.1M; Purging Our Sins with a Neti Pot has 1.1M; Hot Dog’d to Death has 756K; and Making Our Own Sensory Deprivation Tank, uploaded an hour before press time, has 115K views.

Fischbach is generally known for his gaming content and self-made scripted productions, but over the past year or so, he’s expanded into vlogging as well, chronicling things like visiting relatives in Korea, trying his late father’s long-lost favorite snack, and putting his poor mother through Reddit’s 50/50 game. Prior to Unus Annus, his most recent project was A Heist with Markiplier, YouTube’s first-ever interactive Original production. Fischbach wrote, directed, and starred in the special, which has 31 different (and occasionally disastrous) endings. Nestor, who previously edited videos for Fischbach’s channel, regularly uploads a mix of gaming, vlogging, and reaction content to CrankGameplays, and was a key member of Fischbach’s You’re Welcome Tour back in 2017.

Unus Annus isn’t the first time Fischbach has tackled a one-video-per-day project. In March 2018, he promised to upload one video every day to his main channel from there on out, and assigned himself a punishment: eat one ghost pepper for every day he didn’t upload. He’s since missed a few days for various reasons, but has generally stuck to his self-set challenge.

A few commenters on his Unus Annus announcement video poked fun at the idea that anything on the internet could be ephemeral, linking to various sites and services that let users rip videos from YouTube and download them.

They make a valid point, but for anyone who wants to try gaming the Unus Annus system, Fischbach and Nestor have a warning: “Remember…everything has an end. Even you.”