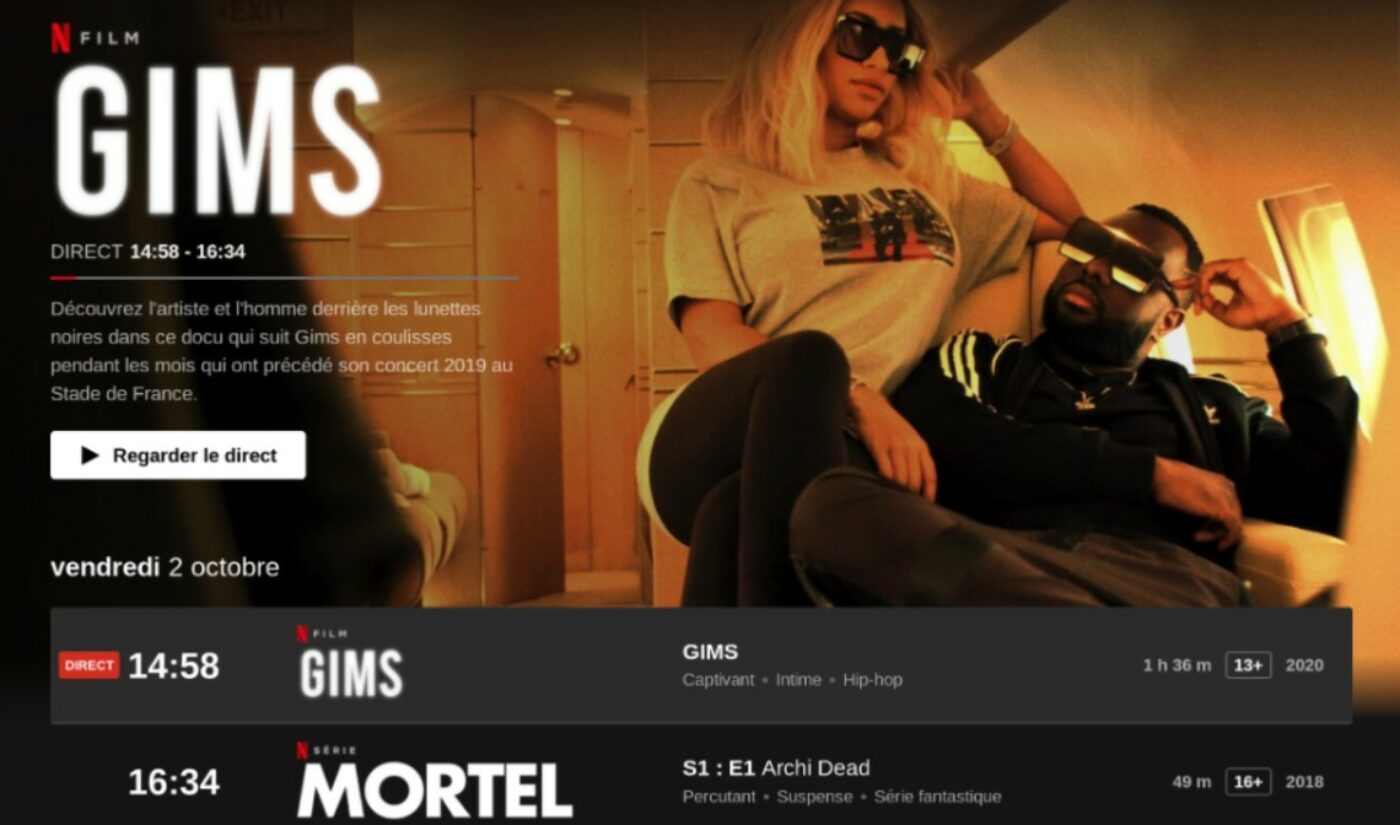 The web-based channel — called Direct — is not accessible via any Netflix apps but is only be available to subscribers. The service airs pre-programmed French and international feature films and TV series that are available on-demand elsewhere across the service. And just like TV, users are unable to rewind, pause, or fast forward. In order to access Direct, users can navigate to Netflix.com, log in, and click the ‘Direct’ button at the top right-hand of the page.

Variety notes that while this is the first time that Netflix has forayed into linear-style programming, the platform has previously experimented with a ‘Shuffle Play’ option, which recommends programming to international users. The company said it opted to test Direct in France given that linear TV viewing is immensely popular there, and that it also envisions such a format appealing to older viewers, a demographic that comprises many households there.

“In France, watching traditional TV remains hugely popular with people who just want a ‘lean back’ experience where they don’t have to choose shows,” the company explained “Maybe you’re not in the mood to decide, or you’re new and finding your way around, or you just want to be surprised by something new and different,”

Direct launched on Nov. 5 among a small number of users, Netflix, and will roll out nationwide in France — where Netflix counts 9 million subscribers — by early December.