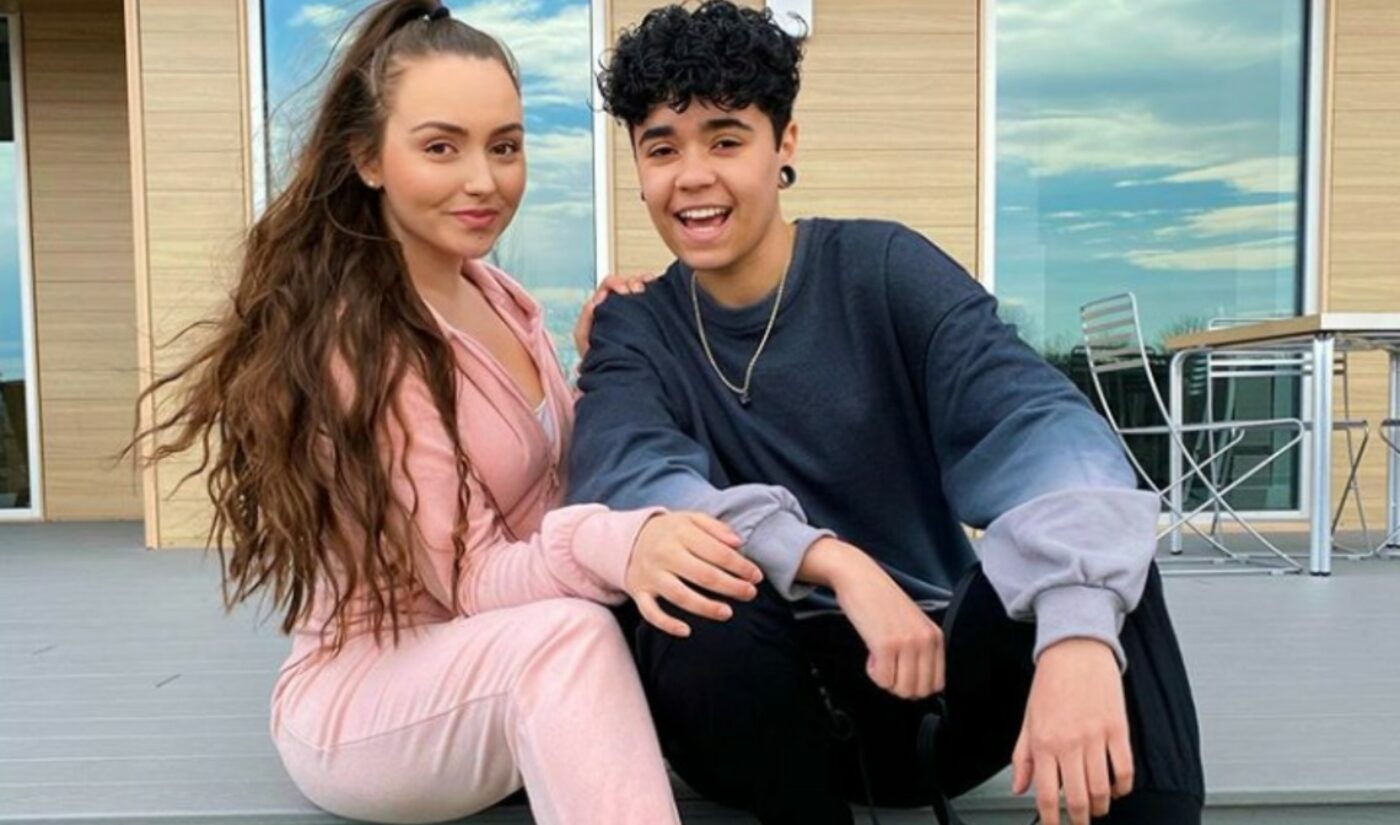 On their joint channel, Jules & Saud, the 23-year-old, Boston-based duo counts 2.4 million subscribers and garners 10 million monthly views. They are part of a long line of couple vloggers, who chronicle on YouTube both their blossoming love story as well as a series of pranks conducted against one another. This YouTube genre was pioneered by the likes of now-defunct PrankvsPrank. In addition to their YouTube following, the duo also counts a combined 5.3 million followers on TikTok.

Beyond their couple channel, Raleigh creates beauty, fashion, and lifestyle content on a separate, standalone hub, while Fernandez focuses on lifestyle and comedy content on his individual channel — as well as videos showcasing his beloved dog, Piglet. You can check out their most popular video, HICKEY PRANK ON GIRLFRIEND!!! *Freaks Out*, to get a taste for their fare below.

Raleigh rose to fame on Vine, while Fernandez got his start on Musical.ly. Both recently attended Playlist Live in Orlando as featured creators, and also appeared on the MTV viral internet prank series Revenge this fall, which is hosted by Jersey Shore’s Vinny Guadagnino.

“We’ve never been signed to an agency before,” the couple tells Tubefilter. “We’ve basically done it all ourselves throughout this journey the last three years. So to go from that, to signing with one of the best, it feels amazing. We’re both super excited to work with A3 and explore the areas we can branch into with their help. This is just the beginning of bigger and better things to come.”

Other recent signings at talent agency A3 include Enya Umanzor, Nyma Tang, and Morgz.