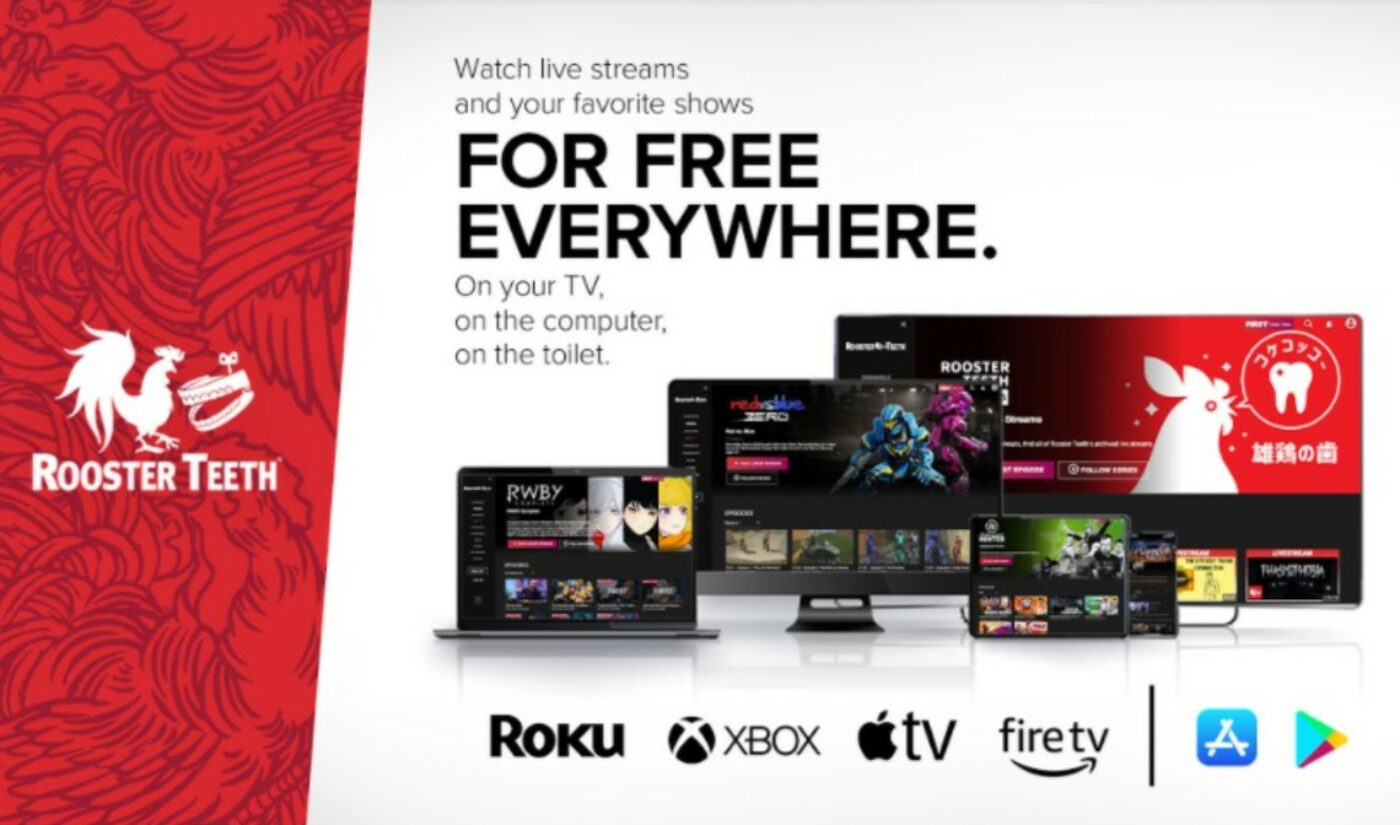 Rooster Teeth has announced today its push into fans’ living rooms via the launch of new smart TV apps for Roku and Amazon Fire TV — as well as updated iterations of its existing Xbox One and Apple TV apps. (In addition to its television distribution, Rooster Teeth also operates mobile apps for both Android and iOS).

The new TV apps will feature RTTV — Rooster Teeth’s daily live stream — and will also feature a ‘My Library’ feature, enabling users to save playlists, the company said.

The new apps coincide with the premiere of the eighth season of flagship animation series RWBY, which arrives on Nov. 7, as well as the eighteenth season of the Halo-inspired Red vs Blue: Zero series, which bows on Nov. 9.

They also arrive amid Rooster Teeth’s controversial decision to pull all of RWBY‘s previous seven seasons off of YouTube, making the entire franchise — which Rooster Teeth claims is the world’s most popular western-style anime series — exclusively available on its proprietary mobile and TV apps for free.

In a blog post titled 8 Myths About RWBY On YouTube, Rooster Teeth’s head of business operations, Evan Bregman, debunked rumors that the move to pull RWBY from YouTube was forced by parent company WarnerMedia, and also noted that more people have watched RWBY on the Rooster Teeth app than on YouTube over the past 12 months. He also shared that RWBY can be better monetized on its own apps — given that it is one of Rooster Teeth’s most expensive series to produce — but said that select episodes, trailers, and intros will remain on YouTube as a discovery tool.

“With the launch of our new living room apps, we can now provide a TV experience to the RWBY community,” Bregman wrote, adding that YouTube — where Rooster Teeth counts a total of 45 million cross-network subscribers — will continue to be a priority for the company. “That’s why we chose to do this now. This decision was made based on data and research, with a cross-functional review of the positive and negative impacts to the community and our business.”

You can check out a trailer for Rooster Teeth’s new suite of TV apps below: