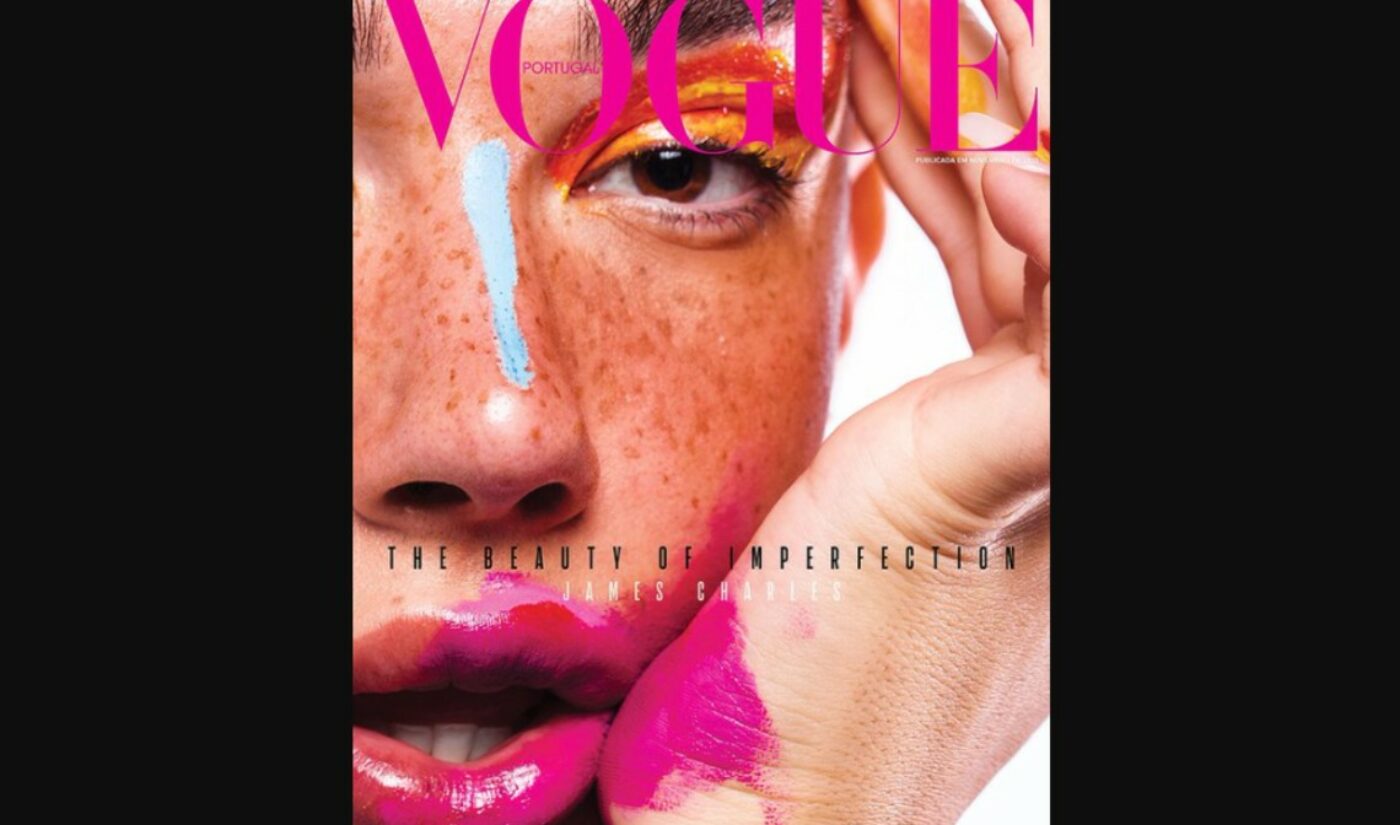 James Charles has become the first influencer to land the cover of fashion bible Vogue — for the international edition of Vogue Portugal, but still.

In announcing the issue, which is themed ‘The Beauty Of Imperfection’ — hitting shelves on Nov. 6 and currently available for preorder — Charles also shared that he did his own makeup and hair styling for the shoot. “I can’t even believe this is real,” he wrote on Instagram. “My first-ever Vogue cover. Thank you so much Vogue Portugal for believing in me and my creative vision for this issue.”

A total of two covers will be available — both sold with a free poster included. The first sees Charles with artfully smeared lipstick and paint streaks adorning his other features, with his freckles in full effect. The second is a more traditional, rainbow-hued eye look.

The Vogue cover marks a first for YouTube’s beauty community, and is yet another notch on Charles continued career ascension. The 21-year-old is one of the most-nominated creators at this year’s Streamy Awards — which are produced by Dick Clark Productions and Tubefilter — and he is also the host of Instant Influencer, a YouTube Originals competition series that marks a quest to discover the next big beauty vlogger, and which has been renewed for a second season.