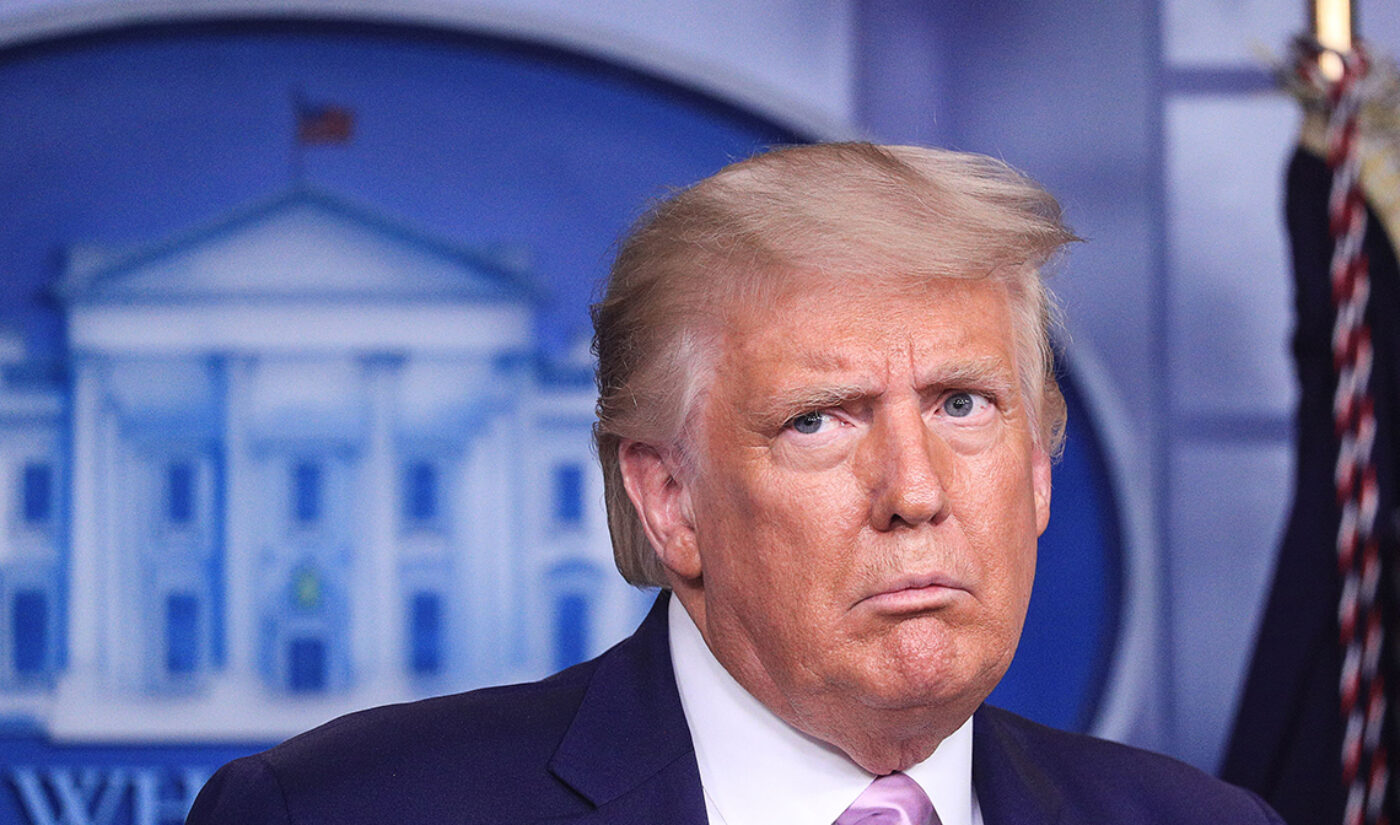 Update: YouTube has confirmed that in 2021, it will retire time-based reservations of the masthead. Instead, it will sell the spot on a per-impression basis. You can read more about that change here.

According to a report from Bloomberg, Trump’s camp—which has historically spent big on digital advertising—will take over YouTube’s Home page masthead ad for 24 hours Nov. 3 The masthead used to be sold on a day-by-day basis, and in 2015 reportedly cost $400,000 per day; after YouTube made changes last year, though, marketers can now buy the masthead for as little as part of a day, or up to seven full days. How much the masthead now costs is unclear (and varies from week to week), but The New York Times has estimated a full-day placement could be as much as $2 million.

Like ads in other spots on YouTube, the masthead can be narrowly served to people in different locations, demographics, and interest groups depending on the advertiser’s preferences. Trump’s campaign has reportedly set it to be displayed to users across the United States for 24 hours.

YouTube (unsurprisingly) would not say how much the campaign spent to take over the masthead. It did note that its ad sales are nonpartisan: “In the past, campaigns, PACs, and other political groups have run various types of ads leading up to Election Day,” the platform told Bloomberg. “All advertisers follow the same process and are welcome to purchase the masthead space so long as their ads comply with our policies.”

This is not the first time Trump has bought the masthead, and Trump is not the only politician to do so. Hillary Clinton, Barack Obama, and Mike Bloomberg all secured the spot at various times in this and/or past election cycles. Trump has bought the space 20 times this cycle, including during last year’s Democratic primary debates and in August, during the Democratic and Republican national conventions.