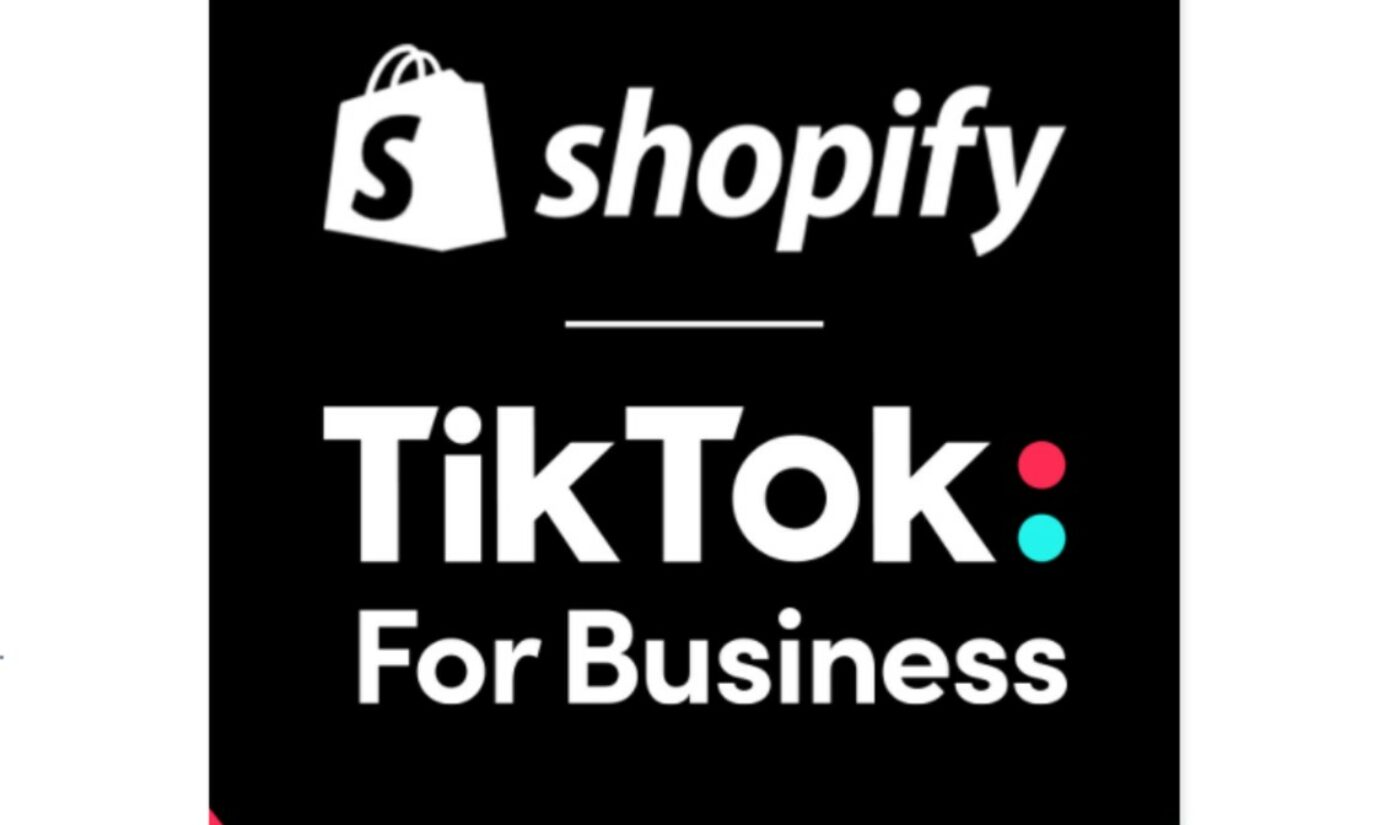 TikTok and Canadian ecommerce giant Shopify have launched a new compatibility that will enable small business owners to create, manage, and measure their TikTok ad campaigns natively within the Shopify platform.

The new TikTok channel within Shopify — which furnishes access to core functions of the TikTok For Business ads manager — will ultimately be available to Shopify’s roughly 1 million merchants globally. It is currently available in the U.S., and will roll out to other markets in North America as well as Europe and Southeast Asia by early next year.

The integration will allow sellers to track sakes conversions via the TikTok Pixel tool, for instance, as well as to creative native, shareable ads with TikTok’s own creative products. Merchants who integrate will also receive a $300 ad credit to jumpstart their inaugural campaigns, TikTok said in a blog post.

TikTok is launching the integration amid the growth of social commerce and ahead of the critical holiday shopping season. It plans to test additional features in the future that make it even easier for users to discover Shopify merchants across the app, TikTok said.

“We’re thrilled to be the first partner to welcome TikTok to the world of commerce, particularly right now, as our merchants prepare for a busy online holiday shopping season,” Shopify’s VP of product, Satish Kanwar, said in a statement. “TikTok is one of the world’s fastest growing entertainment platforms with over 100 million highly engaged users in the U.S. alone. The TikTok channel means Shopify merchants — even those without a strong TikTok following of their own yet — can connect with these new audiences using content that feels authentic and genuine to the TikTok experience.”

To fete the new collaboration, TikTok is partnering with Shopify on a campaign dubbed #ShopBlack that marks its first co-branded Hashtag Challenge Plus (HTC+) — an ad format enabling viewers to shop a sponsored hashtag without leaving the TikTok app. (While the ad format previously existed, this is TikTok’s first time doing a co-branded HTC+ with Shopify). The campaign will see Black-owned businesses and entrepreneurs sharing their stories with the TikTok community from Nov. 10 to 15, with viewers being able to shop products from more than 40 Shopify merchants using the hashtag.

To this end, TikTok notes that posts using #BlackOwnedBusinesses and #SupportBlackOwnedBusinesses have generated over 210 million views to date. And #ShopBlack is the latest venture amid TikTok’s ongoing work to democratize entrepreneurship and elevate the voices of Black creators, the company said.

“As a mission-driven company that employs dozens of artisans in Ethiopia, we’re excited to share our unique journey as a Black-owned business with the TikTok community,” stated Bethlehem Tilahun Alemu, the founder and CEO of soleRebels, a made-to-order sustainable footwear brand that will be featured as part of #ShopBlack.