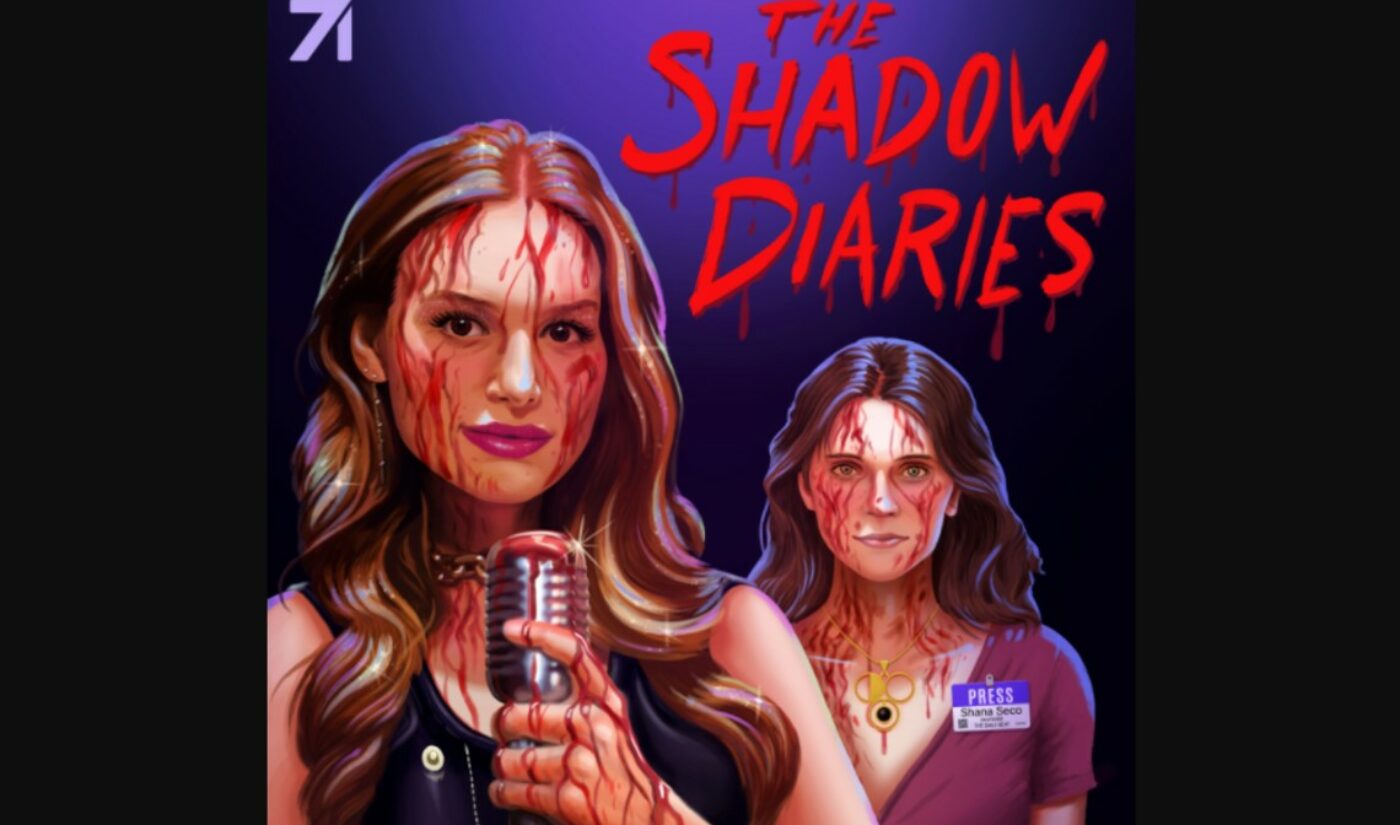 Studio71, which has increasingly made podcasting a key focus of its business, is set to launch its first scripted serialized show this week.

The company — which is undergoing a massive leadership shift — has partnered with Snarled Entertainment on The Shadow Diaries. The genre-bending series features the voices of Madelaine Petsch (Riverdale) and Kara Hayward (Moonrise Kingdon), was directed by K. Asher Levin, and was co-written by Levin and Zack Imbrogno. Episodes one and two will bow on Wednesday ahead of Halloween.

Snarled Entertainment, for its part, is a podcast and video company founded in 2019 by Gayle Gilman. Its YouTube channel, home to the popular Something Scary animated series, counts over 2 million subscribers. Something Scary also comprises an accompanying podcast.

The Shadow Diaries stars Petsch as popstar Eliza Gold, with Hayward playing a journalist assigned to shadow her childhood idol. But, as she continues her investigation, Hayward’s character discovers that Gold’s comeback may be the sinister workings of a mysterious, potentially demonic group called ‘The Divinity’.

“I wanted to create a narrative podcast that would captivate fans of Snarled Entertainment’s weekly ghost stories, as well as fans of the typical horror genre seen in TV and films today,” Gilman, The Shadow Diaries‘ executive producer, said in a statement. “We’ve loved working with Studio71’s podcast team on Something Scary and their scripted team’s experience with the V/H/S horror anthology franchise made them the best partner for this edge-of-your-seat supernatural thriller series.”

Studio71’s podcast division has launched 30 unscripted series this year, including LaurDIY‘s Wild ‘Til 9 and Waveform: The MKBHD Podcast.

You can check out a trailer for The Shadow Diaries right here.