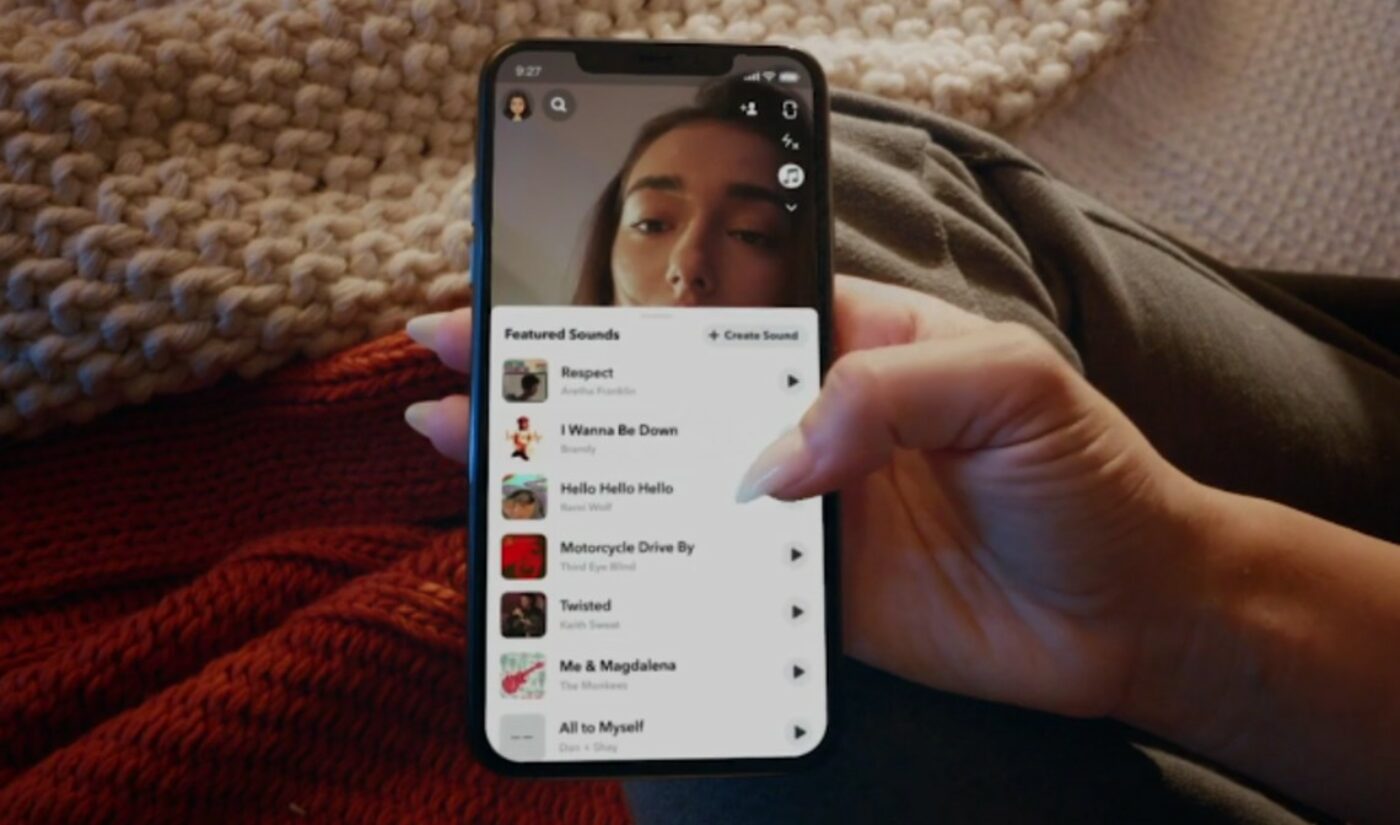 Snapchat has officially launched today a new product called Sounds, which will let users add music to both Snaps and Stories, bringing the app on the same page as platform du jour TikTok.

The feature is available globally on iOS, per Variety, and will debut with an exclusive preview of a brand new Justin Bieber and Benny Blanco track called “Lonely.”

Sounds enables users to choose from a curated catalog of music within Snapchat’s ‘Featured Sounds‘ list — which is where the Bieber and Blanco track will live. Users can add songs in real-time as they’re creating Snaps, or as background music on pre-recorded videos.

In August, Snapchat confirmed that it was readying musical integration after inking licensing agreements with several prominent music labels and publishers, including Warner Music Group, Universal Music Publishing Group, Merlin, NMPA, Warner Chappell Music, Kobalt, and BMG Music Publishing. (Though it notably does not operate agreements with two of the world’s biggest record companies, Sony Music Entertainment and Universal Music Group, which is separate from its publishing division). Snap began testing Sounds in New Zealand and Australia in August, before rolling it out globally today.

Sounds also serve as a discovery tool for artists, with Snaps containing songs touting links that direct users to listen to tracks in full on streaming platforms including Spotify, Apple Music, and SoundCloud.

In another swipe at TikTok, Snapchat in coming months will roll out the ability for users to create their own sounds and add them to Snaps — and presumably for other users to piggyback on these sounds to generate viral trends, Variety reports, which is a key component of TikTok’s success.

You can check out a teaser video showcasing Sounds in action below: