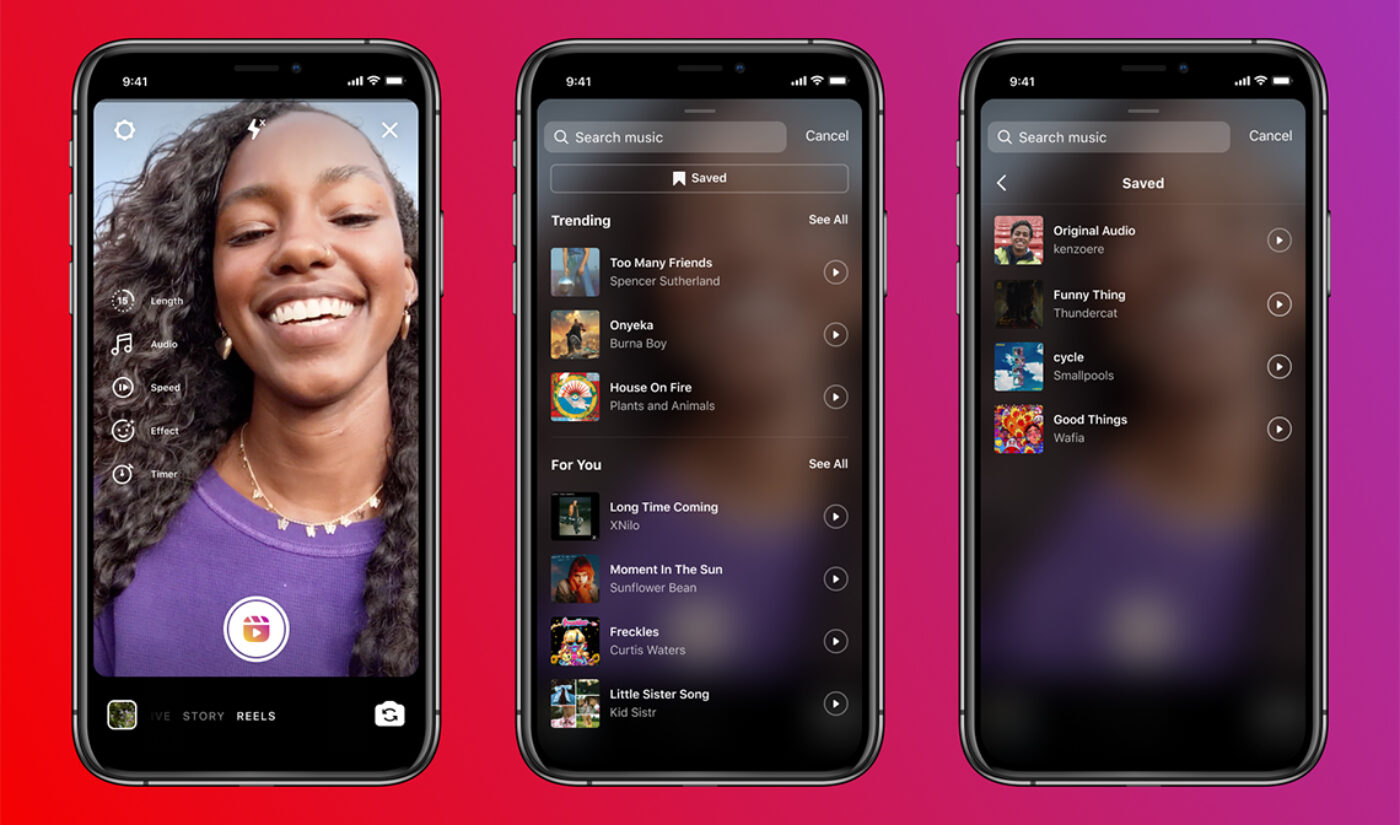 Instagram’s nascent TikTok competitor, Reels, has rolled out three updates to its content finding and sharing systems, and has released a list of the top 20 songs most popular with the app’s users.

New features include: an in-app browser that showcases newly added and trending songs, plus offers a curated For You section of songs based on user activity; a function that lets users save sounds to their own in-app library for use in videos; and the ability to send a DM sharing not one, but all of the videos that use a particular piece of music or other background sound.

“Reels is still new, but we’ve already been so inspired to see what people are doing with it,” a spokesperson for Facebook, Instagram’s parent company, said in a statement. “We know sounds and music can be a big source of inspiration to join a trend, and an opportunity to reach an audience, or even go viral, which is why we’re excited to see how people use today’s updates.”

As mentioned above, Instagram also revealed which songs have been most popular with its global user base (though it didn’t disclose metrics, like how many Reels have used each song, or how many views each song has generated).