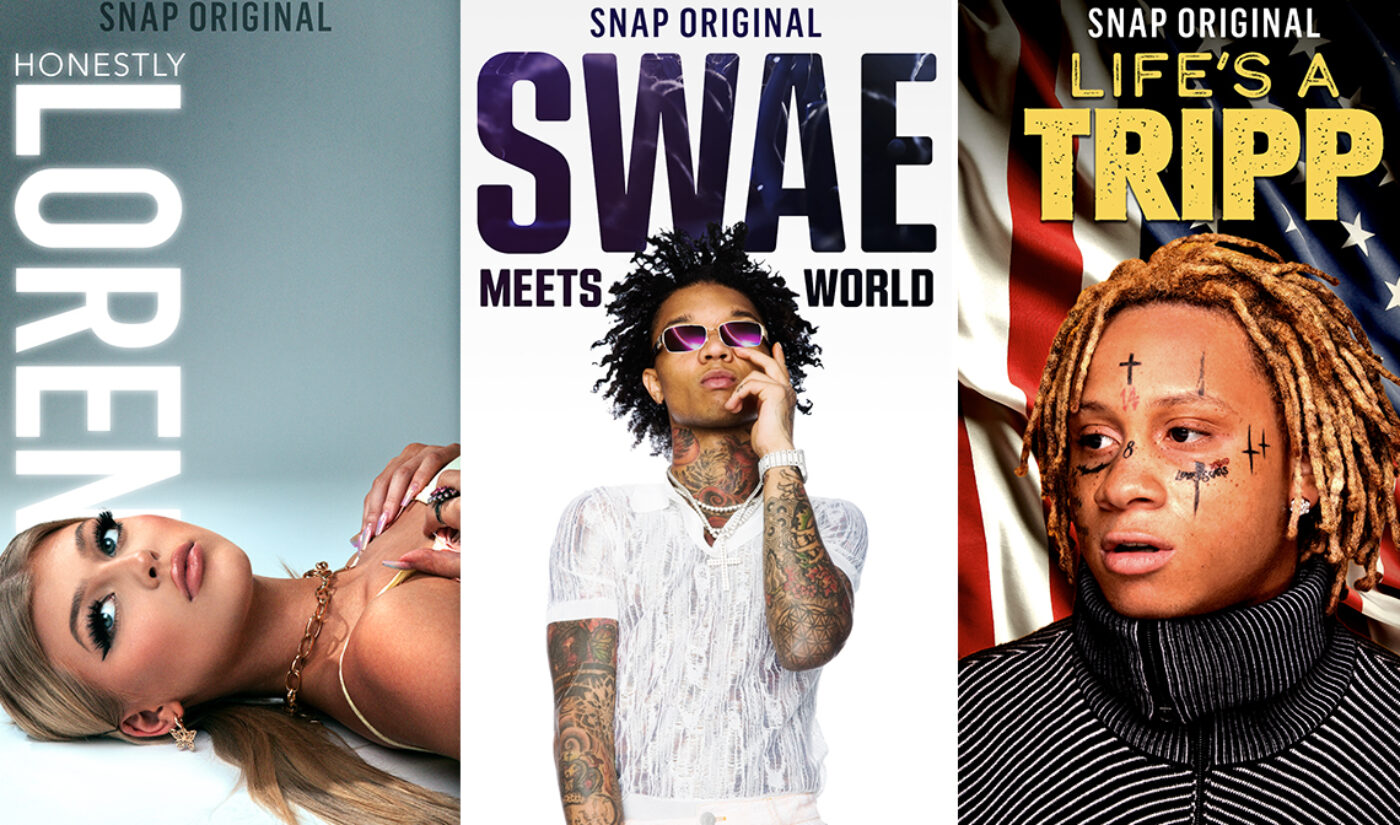 Snapchat is doubling down on docuseries and unscripted originals, it revealed at its Advertising Week presentation.

The platform has now released more than 100 original shows, and says it currently has dozens of new series in development. So far in 2020, its shows have collectively reached 75% of the U.S.-based Gen Z population, and Snapchat as a whole has reached 90% of U.S.-based 13 to 24-year-olds, it added.

Originals, however, aren’t the only video content getting more play on Snapchat. The company said that the average amount of time Snapchatters spend watching videos on its Discover tab (which offers content from “trusted media parters”) has increased 35% year-over-year. More than 60 Discover shows reached monthly audiences of at least 10 million viewers in the first quarter of 2020, and several unspecified series have brought more than 100 million unique viewers this year alone, it said.

As for upcoming originals, Snapchat’s lineup through the beginning of 2021 consists entirely of new and renewed reality and unscripted series (though it says users can expect more scripted series in the future).